Everybody out of the Pool Plan! 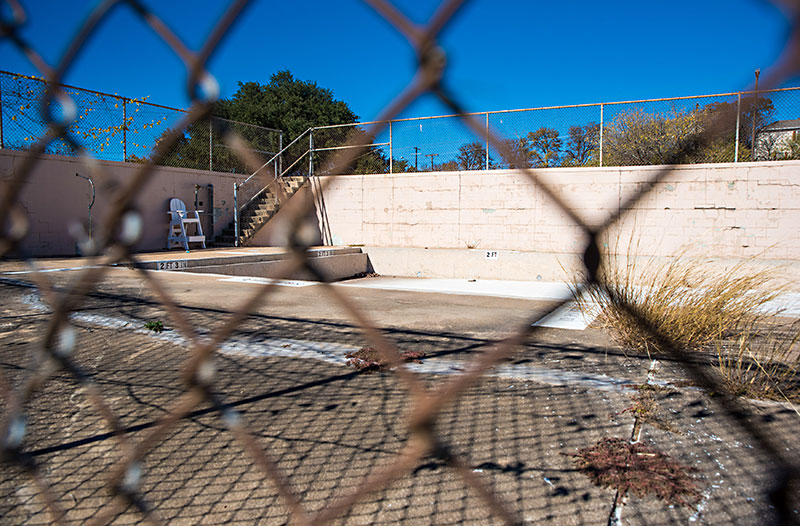 Austin's Aquatic Master Plan sprang another leak on Tuesday when City Council opened the door for punting consideration of the latest Aquatics task force report when it takes the issue up at Thursday's regular meeting. Council has been hoping for a solution to the city's undermaintained aquatics system, and in August, fed up with the results of a multi-year consultant study into how to best move forward, ordered a new task force to bring forth a better solution. That came to Tuesday's work session in the form of a $124 million bond proposition, which caused more headaches for council members – and appears to be headed toward another elongated postponement.

It's really no wonder there's so much conflict here. Yes, Austin's pools are super old – an average age over 50. They lack shade and basic modern amenities, and each summer exist under threat of being shut down due to persistent and costly leaks. But swimming pools remain a "need" vs. "want" issue in the scheme of government spending, particularly within the one-and-done world of bond elections.

This all seemed somewhat obvious to task force member Richard DePalma at that body's final meeting on Nov. 29. Told by Parks and Rec staff that the $124 million tied to the bond only represented initial estimates, and didn't account for infrastructure expenses and other necessities, he questioned whether all parts of the city would even consider such a large bond if their neighborhoods weren't directly affected. DePalma has since expressed optimism for the plan, but acknowledged that Council's ideal solution is one in which they didn't have to close any pools or make any significant investment. Clearly that is not the case right now.

After Tuesday's work session, Jimmy Flannigan -- who called the suggestion that the city invest in five new facilities (at a cost of $51 million) "insane" -- said he understands there must be action, but hoped to see data showing what would happen if the city funded the proposition to certain levels.

Council will likely now wait until Feb­ru­ary to revisit Aquatics, but Flannigan stressed that he and his colleagues really have until next summer to decide what sort of bond to put before next November's voters. "There's kind of a long horizon before we have to make decisions about what we do or do not put on the ballot," he said. 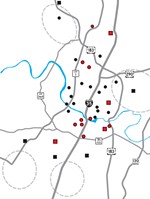 Your Plan for Pools
First, let’s all chip in $124 million