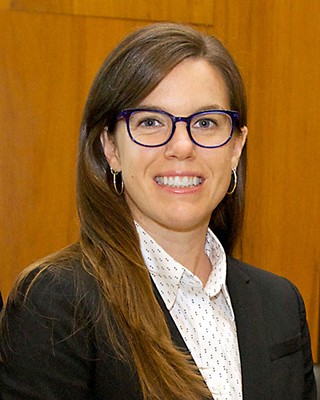 Tucked into the police contract City Council considered on Wednesday (and were continuing to consider as we went to press) is a slate of transparency and accountability provisions that community activists fought to include. These are aimed at opening up access to the department's prohibitive and intimidating complaints process, and further empowering the Office of the Police Monitor and its Citizen Review Panel, which meets monthly to discuss complaints and critical incidents, and to hear public input. One change that's gone under the radar is reinstatement of term limits for CRP members, an effort to balance the preservation of institutional knowledge with a desire to bring new voices onto the body.

The rule would limit panelists to two two-year terms. Only two current members would be affected by this change: Rebecca Webber, who also chairs the Public Safety Com­mis­sion, and chairperson Dominic Gonzales, both of whom have already served their allotted limit under the new language. Both would presumably be replaced if Council approves the agreement, but they won't be saying their goodbyes just yet. Interim Police Monitor Deven Desai explained this week that the City Manager's Office would need to appoint new members under the advisement of City Council. Once two are selected, they would each need to undergo six hours of training with APD's Internal Affairs, and spend another three or four days studying special investigations, officer-involved shootings, and response to resistance, among other details. There are also officer ride-outs and other hoops to jump through before they can officially join the CRP, so it could be some time before there's a change up on the dais.

Webber said on Tuesday that she did not think it would "be the worst thing in the world to get some new eyes and perspective in there," but she also noted that the entire citizen oversight process would lose an irreplaceable amount of institutional knowledge if Gonzales were to be forced out. She said it would help if the panel kept an online archive of its recommendation letters under meet-and-confer.

Term limits were a feature of earlier contracts, but they got removed from bargaining language during recent agreements – still enshrined within the city's standard operating procedures, Desai said, but not enforced. Austin Police Association President Ken Casaday said the union asked for the item in exchange for some of the transparency concessions the union made. He compared the idea to former Chief Art Ace­vedo's policy of letting Internal Affairs officers transfer out of that unit after two years. "Once you've been around nothing but looking at bad cops, it really sours you," said Casaday.

Casaday also said the policy will open up the panel to more community members who deserve the opportunity to serve. Interim Labor Relations Officer Larry Watts suggested that some of those new voices could even come from among the community activists who just spent a summer working to improve and ideally dismantle the contract. "It gives some of those people at least the potential to be appointed to it," he said.