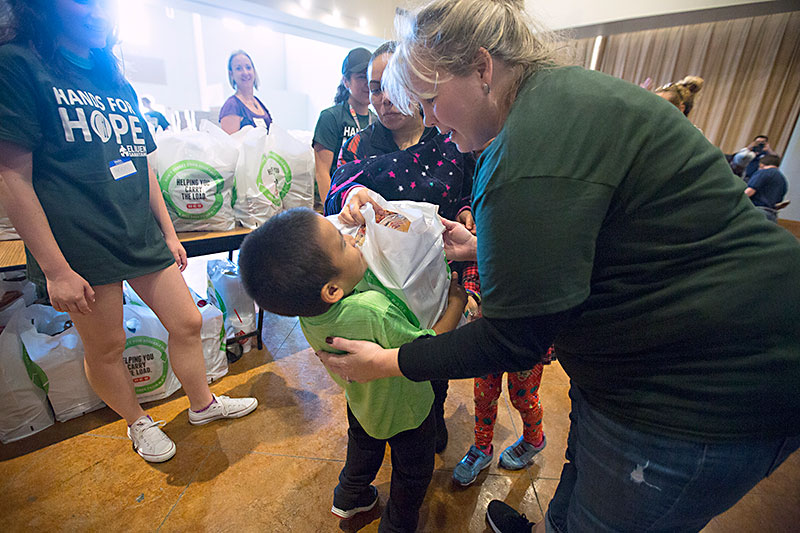 No regular City Council meeting for a couple of weeks – the next is Dec. 7 – but backstage work includes ongoing interviews with city manager candidates, with a list of semifinalists released on Monday. "Council: Meet the Candidates," Nov. 24.

Planned Parenthood plans to open a 9,000-square-foot clinic in Waco this month. The Audre Rapoport Health Center on West Hwy. 6 will provide well-woman exams, contraceptives, and abortion care. Anti-choice crisis pregnancy center group Care Net bought the property across the street from the new clinic, with plans to protest already in the works.

Shudde Fath announced her retirement from the Electric Utility Commission, where she has served since 1977. Fath, 101 years old and a hero of environmental activism, suffered a stroke in August and concluded she is no longer able to serve. Council Member Delia Garza called Fath a shining example who has "spent her entire life standing up and advocating for people who haven't had a voice."

Is Ted Toast? U.S. Sen Ted Cruz, R-Texas, is seeing his first formidable Republican primary challenge in Christian TV executive Bruce Jacobson, who recently announced his run against the senator. Jacobson produces a show hosted by Trump spiritual adviser televangelist James Robison, something sure to score some extra points with the sitting senator's right-wing base.

In a predictable moment of hypocritical chutzpah, Texas officials – who never tire of implementing and demanding more and more "tax cuts" – are complaining that the Trump administration is proposing insufficient hurricane reconstruction aid. The administration has proposed $44 billion in recovery funds for Texas, Florida, Puerto Rico, and the U.S. Virgin Islands – while Gov. Greg Abbott and company requested $66 billion for Texas alone.

R.I.P. Steve Mostyn: In a tragic blow to his family and a sidelong financial glance to Democratic candidates in Texas, Houston trial attorney Steve Mostyn, 46, committed suicide last week, following an onset of mental illness. Mostyn and his wife Amber had donated millions to Democratic campaigns, embodying the largesse of "trial lawyers" excoriated by the GOP.

It's that time again – no, not Thanksgiving, time for the lighting of the Zilker Holiday Tree. Sunday, Nov. 26, 6pm, with music by the Austin Civic Wind Ensemble, the Barton Hills Choir, and Vintage 15, a modern big band. The tree will be lit every night through Dec. 31, with the Trail of Lights running Dec. 9-23.

Don't Call Us: The Chronicle is closed on Thursday and Friday of this week for Thanksgiving.