Former Firefighter Out on Bond 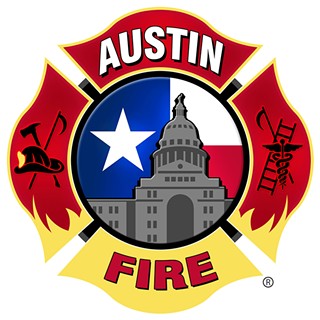 Former Austin firefighter James Baker is out on bond and facing charges of invasive video recording, a state jail felony punishable by between 180 days and two years in jail, or a fine of $10,000. Police say Baker, an AFD lieutenant for 31 years before retiring in September, set up a camera inside a women's locker room to spy on co-workers.

The events detailed in Baker's arrest warrant and affidavit, signed Wednesday, Nov. 15, allegedly took place on Sept. 4. A firefighter told investigators she was on her way into the women's locker room at the Central Fire Station on East Fifth Street when she saw Baker leaving the facility. Later, upon leaving the shower, she noticed "an unusual, small blue light illuminating" across the room. It turned out to be a hidden camera. Baker apparently contacted the colleague a few hours after she left the shower, asking to have a "private conversation." She said Baker admitted to installing the camera, and tried to bargain for it back – even offering to retire or transfer to another fire department. Instead, she took it to the police department.

On Sept. 18, that department's Digital Analysis Response Team carried out a search warrant on the camera. According to Wednesday's affidavit, Baker soon after admitted to police that he had set up the recording equipment without the consent of the victim. "Baker further stated that he was curious to see what the victim did while she was in the locker room," reads the document. He also admitted that he'd put a camera in the locker room on another earlier occasion.

AFD Chief Rhoda Mae Kerr remains tight-lipped about the situation, only noting through a spokesperson on Thursday that Baker retired on Sept. 6, two days after the incident in question. "The alleged actions he has been accused of are not indicative of the incredible men and women of the Austin Fire Department," Kerr said in a statement, "and certainly not a fair representation of all they do to serve our community every day."

Meanwhile, Austin Firefighters Association President Bob Nicks has spent the time since Baker was served with a warrant reminding that Baker's alleged behavior could've been prevented had the department looked into past allegations that he inappropriately touched patients while on duty. A battalion chief had taken such complaints up the chain of command to the Professional Standards Office and eventually the Office of the Medical Director. But because the medical director's office looks for medical competency and not misconduct, the complaints went nowhere. Still, "the letters are plenty of information to do an investigation of misconduct, and the department never conducted one," said Nicks. "The thought is, if something would have been done in 2013, we would never even have seen this happen with the [spy camera]."

AFD acknowledged that it was aware of such accusations. "Since the issue involved patient care, it was sent to the Office of the Medical Director for review," offered a public information officer. "They informed us that their conclusion was he had not violated any patient standard of care and that was the end of the matter."