State Board of Education Votes Down Second Mexican-American Studies Textbook 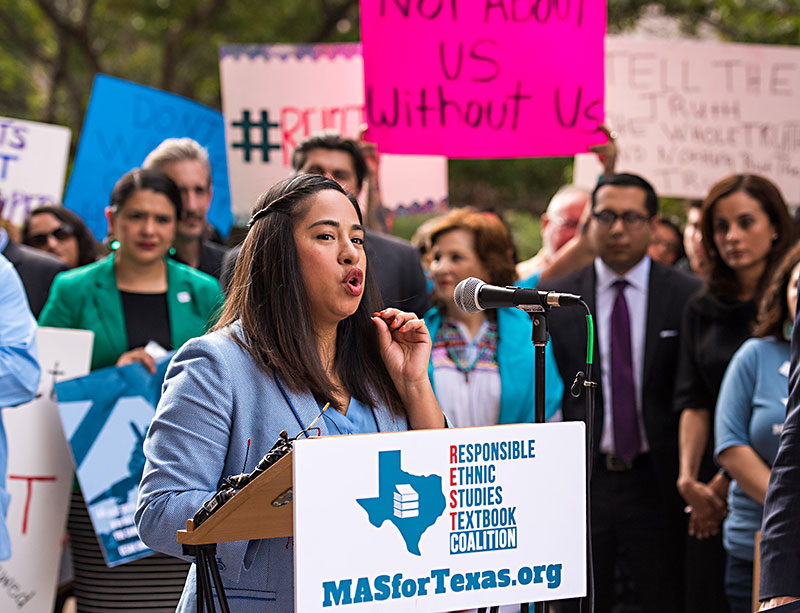 First, it was too racist. Now, it's too rushed. The State Board of Education has rejected its second Mexican-American studies textbook in the past year – but the reasons this time don't revolve around how embarrassingly discriminatory it is. … Progress, we suppose.

The SBOE first unanimously voted down a book for high schoolers last November, after months of vocal backlash and rallies criticizing the text for perpetuating racist stereo­types (such as describing Mexican-Ameri­cans as "lazy") and including inaccurate passages. While that may sound like the painfully obvious thing to do, the board's vote was a refreshing departure from its historically politicized decisions on textbooks. Most SBOE members who voted against the latest book, Tony Diaz's The Mexican American Studies Toolkit, said they did so because Diaz – a Mexican-American studies professor at Lone Star College, activist, and radio host – wasn't given enough time to write a high-quality book. After the previous text was rejected, publishers were only given one year to write a new book, rather than the usual two. A state review panel found several errors in Diaz's book; while he says he addressed those errors, the board still thought the book didn't pass muster.

"While it is a priority of mine to see MAS expanded in our public schools, I am not willing to accept a less than perfect textbook for official use – our students and the Mexican-American history deserve better," said Marisa Perez, SBOE representative for District 3. Perez said part of the problem could be solved by approving a stand-alone MAS course that would create a set of standards and guidance necessary to inform publishers on how to best approach instructional materials. The SBOE voted that idea down in 2014.

SBOE watchdogs at the Texas Freedom Network said not establishing those specific curriculum standards, plus insisting on an "unusually short deadline" for the second book that was "almost impossible for most publishers to meet," led to a rushed book. In other words, the text debacle is a self-created headache. "The continued failure to provide school districts with the resources they need for creating good, effective courses in Mexi­can-American studies is a problem of the board's own creation," said Dan Quinn, TFN's communications director. "If they are serious about wanting to help schools offer these elective classes, then it's time to listen to scholars and advocates who have been telling them how to do it the right way."