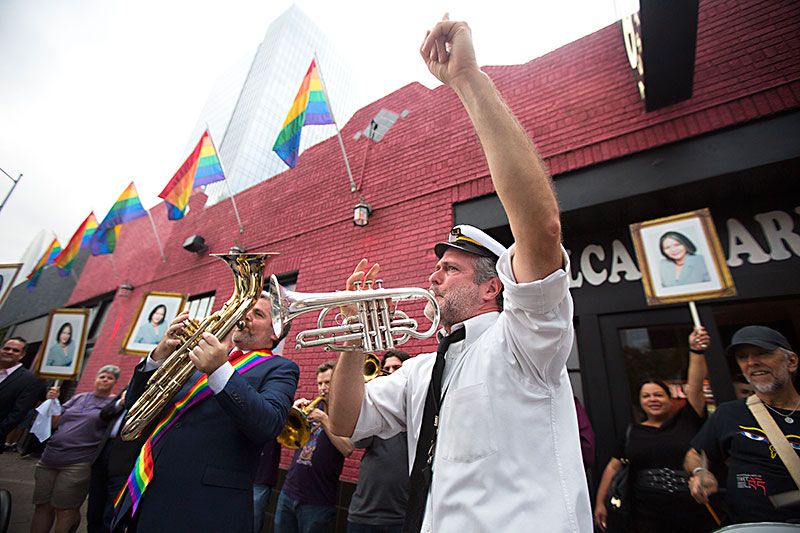 It's Holiday Break: There's no regular City Council meeting this week or next – Dec. 7 is the next session – although some council members might attend this afternoon's session of the Ending Community Homelessness Coalition. Meanwhile, the city manager hunt continues. "Council: Adventures in Secrecy," Nov. 17.

EMS In Limbo: No date is set for round two of the meet-and-confer negotiations between the city's Labor Relations team and the Austin-Travis County EMS Association. Both the city and ATCEMSA await a new compensation study before resuming talks.

Earth Be Flat: President Donald Trump's nominee to head the presidential Council on Envi­ron­­mental Quality, Texan Kathleen Hartnett White, previously served as chair of the Texas Commission on Environmental Quality. In her Senate confirmation hearing, she told the committee that human influence on climate change is "very uncertain," and declined to answer whether water expands as it warms.

There's a familiar name on the William­son County primary ballot: Frank Leffingwell, son of former Austin Mayor Lee Leffingwell, is running for county judge – as a Republican. Not exactly a surprise – Frank L. is already the WilCo Republican Party's general counsel – but Dad is a lifelong Dem, so family political discussions must be interesting.

The State Board of Pardons and Paroles denied parole to Pearl Moen on Nov. 8. Moen, 20, is serving a 15-year sentence for the attempted stabbing murder of a nurse in February 2015.

Two Cops No-Billed: District Attorney Margaret Moore declined to pursue charges against two APD officers involved in officer-involved shootings which occurred this year. Jesse Lane, who shot and killed Scott Gilpin on Jan. 14, and Samuel Travis, who shot at but did not hit or injure Javier Tinoco after an attempted DWI stop in February, were both no-billed on Tuesday.

Police are still searching for a 10-year-old girl, who officials say was abducted from Oak Hill Elementary on Tuesday. Call 512/414-1703 with any information on her whereabouts.