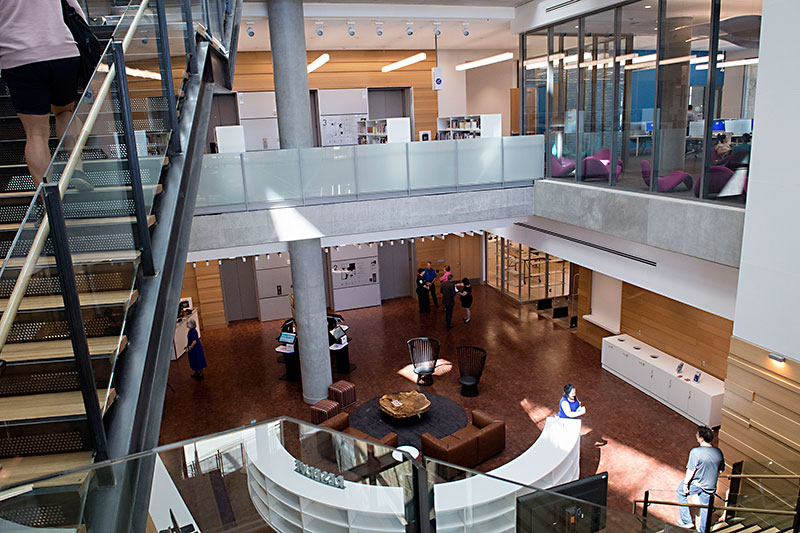 A view of the new Central Library, which celebrates its grand opening Saturday, with festivities beginning at 10am and a ribbon-cutting at 11. See “Checking Out Austin's New Central Library,” Oct. 27, in this week’s Arts & Culture section for more. (Photo by John Anderson)

Speaker Joe Straus will not run for re-election, ending a decade as one of the "big three" of Texas politics. The moderate San Antonio Repub­lican made the surprise announcement Oct. 25. Democrat Eric Johnson and House Approp­riations Chair John Zerwas have already announced plans to run for speaker. See more at our Daily News online.

Within a half-hour of that announcement, fellow Republican state Rep. Byron Cook made clear that he, too, plans to retire. And Attor­ney General Ken Paxton – himself facing criminal charges – said he will run again for state A.G.

Democrat Andrew White, son of former Texas Gov. Mark White, is considering a run for governor against Greg Abbott. He expects to reach a decision within the next four weeks.

Seton Healthcare adopted its parent operator, Ascension, into its name, to become "Ascension Seton." The largest Catholic nonprofit health network in the country will also add its name to hospitals in six other states.

Rick Cofer, the presumed front-runner to replace Vincent Harding as chair of the Travis County Democratic Party, withdrew from the race on Wednesday evening as we went to press. See coverage online for more details.

Take a Knee: Local high school students have been exercising their right to protest racial injustice recently. The McCallum High cheerleading squad bent on one knee while the national anthem played during a recent football game, as did members of the Austin High team.

The Mexican government is backing up opponents of Senate Bill 4. On Friday, Mexican officials filed an amicus brief supporting a federal court ruling that blocked parts of the anti-immigrant law, saying it will "create a complex and perilous legal patchwork, which may lead to selective enforcement ... that might entail discrimination."

Despite continuing sabotage by the Trump administration, open enrollment for insurance under the Affordable Care Act ("Obama­care") runs Nov. 1 to Dec. 15 at www.healthcare.gov. If you want help, visit www.getenrolledatx.com/aca.

Travis County officials arrested Keith Cote on Oct. 23 for trying to kill his ex-girlfriend. Cote was charged with criminal solicitation (to commit capital murder) for allegedly offering an acquaintance $10,000 to murder his ex, plus an additional $15,000 to "watch him put a bullet in her head," according to investigators.