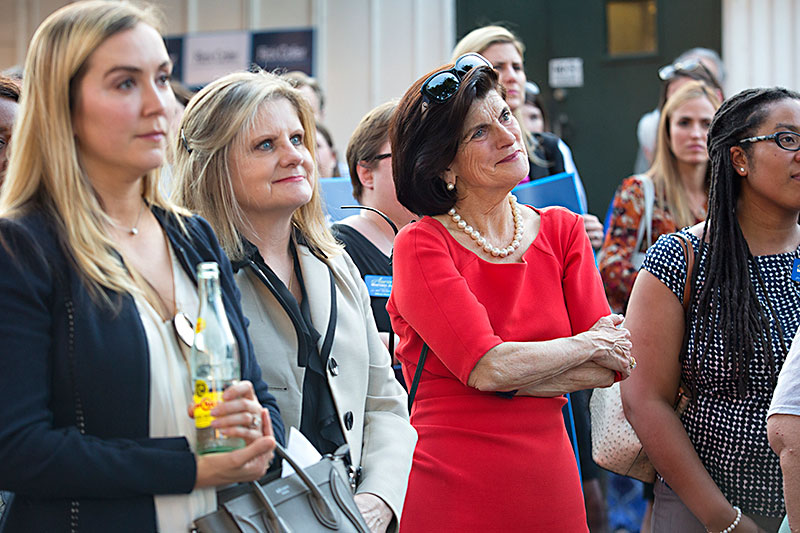 The University of Texas Health Austin opened Dell Medical School's Health Transformation Building on Tuesday. The building will serve four specialties, including gynecological disorders in the Women's Health Institute and multiple sclerosis and back pain in the Mulva Clinic for the Neurosciences. The medical school opened last June.

Incidents of reported on-campus rape increased last year at several Texas colleges, based on new crime statistics from state schools. UT-Austin saw a jump from 10 to 16 reports and Texas A&M saw an increase from 13 to 30, while numbers at Baylor and Texas Tech both dropped.

Austin Public Health has identified a positive West Nile mosquito pool in the city's 78746 zip code, but as of Oct. 12, the department says no humans have reportedly contracted the virus. Approximately 80% of infected people show no symptoms; the other 20% note fever, headache, tiredness, and body aches, sometimes accompanied by a skin rash and swollen lymph glands.

Colony Park is getting a health resource center on the grounds of Overton Elementary School and next door to the CommUnity Care mobile clinic that visits the neighborhood monthly. (The clinic plans to expand days/month.) The Northeast Health Resource Center will offer health screenings, diabetes classes, eligibility assessments for the Medical Access Program, and referrals.

Central Health Spending: A group of Dove Springs and Del Valle residents announced Wednesday morning they are filing a lawsuit against the Central Health health care district, charging that the district is violating the law requiring it to spend its funds directly on health care for the poor, and seeking a judgment that underwriting the Dell Medical School and related projects is illegal.