Agenda features the CURE and a list of proposed audits 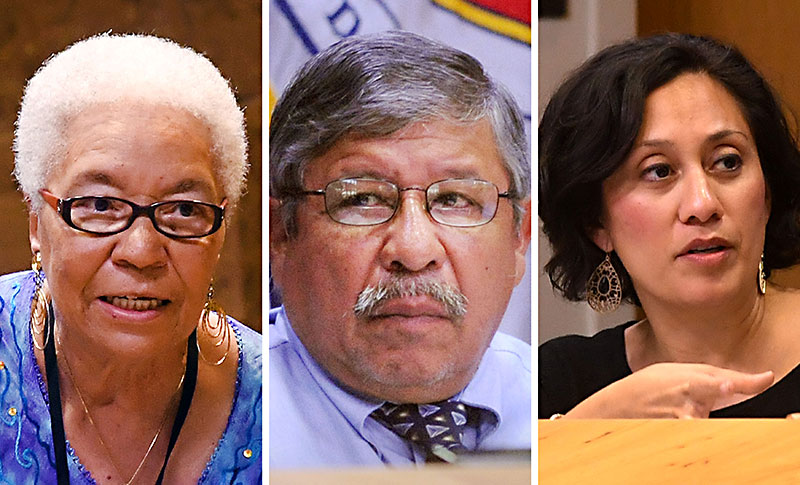 Barring surprises, City Council might enjoy a third straight early adjournment today (Oct. 19), with a nominally lengthier agenda, at 62 Items, but no obvious donnybrooks lurking in the list. A few Items may provoke extended discussion, but nothing immediately jumps out as likely to evoke heated testimony or divide the dais – always allowing for a booby-trap or two.

At Tuesday's work session, council members spent a hunk of time discussing Ora Houston's proposal to end CURE zoning east of I-35 (with small exceptions), a category that allows additional height or density – the resolution argues – without commensurate community benefits. The zoning (Central Urban Redevelopment Combined District) was initially created in 1996 to incentivize Downtown and nearby redevelopment when the recession had made that fuel advisable, but in 2013 Council effectively eliminated CURE for Downtown, in preference to the Density Bonus Program (now considered toothless). The resolution reflects that "the conditions of blight and divestment that originally prompted application of the CURE to East Austin corridors no longer apply," and with the exception of some tracts that Pio Renteria suggested need a closer look, would end the category altogether east of the highway.

Most CMs were on board with the specific action of the resolution (initiating an ordinance), but Jimmy Flannigan, Delia Garza, and Mayor Steve Adler were concerned about "piecemeal" changes in existing zoning in advance of the CodeNEXT rewrite of the entire land use code. After generalized prayers said over the worry, most of the dais looked ready to make the specific change.

The other extended Tuesday conversation concerned Item 62, the City Auditor's list of proposed audits for fiscal year 2018. The proposed list includes 10 "carry-over" audits from the current year (workforce development contracts, anti-displacement and gentrification efforts, fee waivers, etc.) and 10 new projects, from affordable housing programs, public safety, cultural arts projects, etc. Also under consideration are seven "replacement audits," which would be prioritized if Council prefers them to any of the 20 audits already on the working list.

The prevailing Council sentiment, at least informally, suggested that "let's audit everything" would be a good strategy, perhaps leaving the Audit staff wondering if they should begin a new auditor recruitment effort. The guess here is that today, Council will ponder the matter, make some cosmetic suggestions, and leave the Audit Plan pretty much in place as is.

Other things to watch today:

• Working the Refs: Items 11 and 12 concern contract renewal for the city's representatives (aka "lobby teams") to the Legislature, state agencies, and federal government. Ellen Troxclair – who has personally opposed many of the city policies annually supported by these teams – might balk at the spending, but the rest of the dais will bless the work.

• Test the Kits, Already: Item 17 is a consulting contract on forensic DNA research with the University of Pennsylvania, which will be asked to help resolve the ongoing problems with the Austin Police Depart­ment's forensic lab and its backlog of DNA testing. For a one-year, $400,000 contract (shared with Travis County), the consultants will review the current situation and recommend best practices.

• Behind the Dais: Some of the most substantive action today will likely happen in executive session, when Council is scheduled to do performance and compensation and benefit reviews for its direct personnel reports: City Manager, City Clerk, City Auditor, Municipal Court Clerk. Occasion­al­ly these reviews become contentious when a staff member (e.g., former City Manager Marc Ott) might have triggered a public spotlight; that seems unlikely today.

There are half a dozen proclamations scheduled, including Deferred Compen­sa­tion Day and National Reuse Day – but no musical honoree on the posted agenda.