Hunkered Down in Troxclair’s Lair 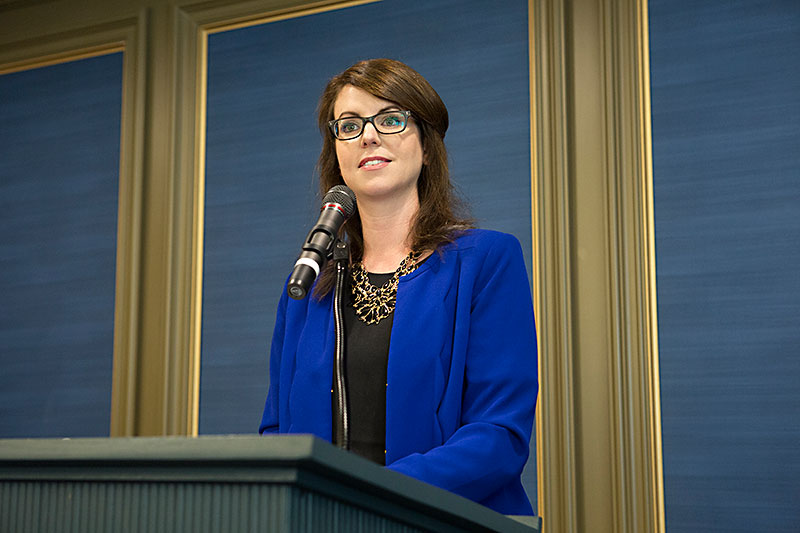 Friday proved a rare treat for City Council Member Ellen Troxclair, Council's lone conservative – who for once was afforded the time to stand before a rapt and friendly audience as the keynote speaker at the Local Government Liberty Summit, put on by the Texas Public Policy Foundation. The libertarian think tank is currently suing the city over short-term rental regulations, which it says infringe on individual property rights. The crowd, diverse neither in point of view nor demographics, relished the 30-minute disquisition, which Troxclair opened by discussing the difficulties of being the only right-wing voice on a body full of liberals.

“What is more American than ... washing your own car in your own driveway?”

Though personal responsibility and resiliency are hallmarks of TPPF's brand, and Troxclair herself said several times that she wanted to be positive, it appeared the council member couldn't help herself: With its taxes, bag bans, composting, and burdensome water restrictions, Austin has quickly become even more of a liberal hellscape than it had been in years past. "Until last year you weren't even allowed to wash your own car in your own driveway," she lamented. "I mean, what is more American than spending a Saturday afternoon washing your own car in your own driveway?"

But it gets worse. Council meetings are too frequent and too long, she said. The makeup of Council doesn't match the overall political views of the city at-large, which she described as roughly 30% Republican (in accordance with 2016 voting totals). Since the last election, when Troxclair lost the comradery of Don Zimmer­man and Sheri Gallo, she can no longer get an easy second on her motions. Zimmerman, in the audience for Troxclair's speech, had spent the hour before her keynote regaling the foundation's crowd with tales of his bureaucrat-busting days.

Now that Zimmerman and Gallo are gone, Council is an even less friendly place for Trox­clair. "A lot of times I feel like I'm going to Council to bang my head against a wall," she admitted. "I get a lot of headaches." But the CM didn't hint at any newfound strategy moving forward. And she defended her decision to testify at the Capitol earlier this year against several of the city's positions, telling an appreciative crowd, "I'm sorry, I did not remember giving up my right to free speech when I ran for office."

Referencing the many Democratic municipal governments throughout the country, Troxclair said it's important to keep pushing back against the progressive movement. For her part, she said she'll continue working with the American Legis­lat­ive Exchange Council's local offshoot, called the American City Council Exchange, as their national chair. It will be a platform, she said, to advance conservative principles.

"Rick Perry always likes to call Austin the blueberry in the tomato soup," she said to a chorus of laughs. "That's an analogy that I've always found entertaining, but it's scary to think that there are more blueberries popping up in our tomato soup of very red Texas. This imbalance is not limited to Austin. Other major cities in the state are pushing a progressive menu of initiative as well."