The Weight of 20 Tons 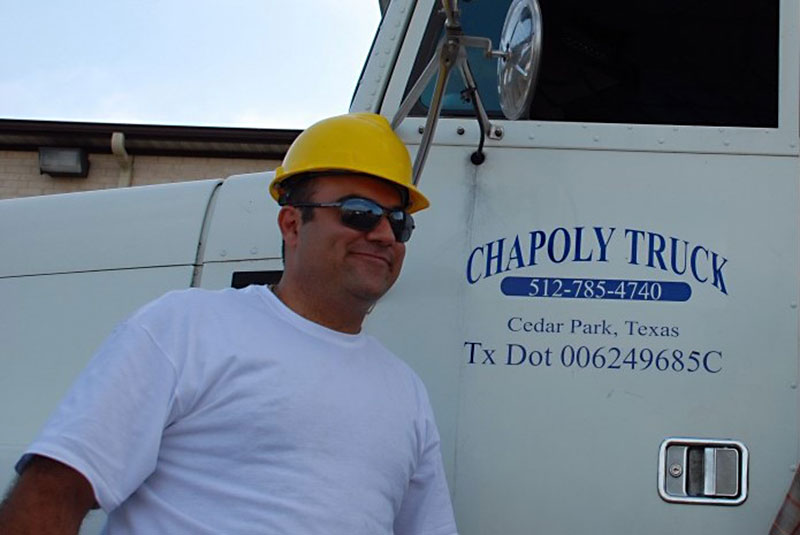 Amir Bahman Kaman died on the morning of Aug. 9 when a 20-ton concrete panel he'd hauled to a construction site off Wickersham Lane (near East River­side) fell from the apartment complex workers are building, crushing his body.

Kaman, whose family refers to him by his middle name, had worked for 10 years hauling panels for Coreslab, a concrete manufacturer and supplier. Although he was an independent contractor who got paid by the loads he delivered, he had worked almost exclusively for Coreslab. At the moment he was killed, Kaman was waiting by his truck while a crane lifted the concrete panel from the bed and went about setting it in place as part of what was going to be the wall of a parking garage. The crane is supposed to hold the slab in place while it's welded to the rest of the structure. Once attached, the crane releases from the panel. It's not entirely clear what went mechanically awry, but the wall did not stay in place, and instead fell on top of Kaman. The 49-year-old did not stand a chance; emergency workers pronounced him dead at the scene.

Seven weeks after Kaman's death, essential facts about what happened, and how, remain elusive. The Austin Police Depart­ment has opened an investigation, but has since rejected requests to provide records relating to the case to Rebecca Webber, the attorney representing Kaman's wife. APD also declined to comment when this paper asked about its investigation. The department has said that it is awaiting a final report from the Travis County Medical Examiner. Any company in Texas that's found to be criminally negligent and responsible for the death of an individual can be fined a maximum of $50,000, a pittance for some of the multimillion- and -billion-dollar companies involved in the state's booming real estate sector.

Coreslab also has the Occu­pa­tion­al Health and Safety Administration on its back investigating the matter, although it will likely be several months before the federal agency arrives at any conclusions. Coreslab and Cadence McShane, the general contractor in charge of the project, are not strangers to OSHA's investigations. Both have paid fines in recent years for unsafe working conditions. Specifically, in November 2016, Coreslab was cited for five safety violations, one of which bears a striking resemblance to the events that led to Kaman's death. Describing the safety hazard, OSHA investigators wrote that "workers would utilize a ladder platform attachment to a Mi-Jack MJ50 Travelift mobile gantry crane without the attachment being authorized or approved by the manufacturer or certified by an engineer, exposing the workers to a struck by or crushing hazard from the attachment falling off the crane." For that and the four other violations, the company was fined $32,938. (Though the company ultimately agreed to an "informal settlement" for each offense, and only paid $19,762.)

Cadence and Presidium, the project's developer, said through shared a shared spokesperson that they were cooperating with the investigation and had no further comment. Robert Sei­fert, the office manager for Consolidated Crane, the company subcontracted at the site, said, "We weren't involved in the incident, as far as I'm aware of." Mark Courtois, a Houston-based attorney who represents Coreslab, said that "Coreslab is not taking a position on Mr. Kaman," and declined further comment. A person who answered the phone at Coreslab agreed to find somebody in management who would discuss the incident. After putting me on hold, she came back to tell me, "He has no comment."

The companies involved have been equally uncommunicative with Lourdes Kaman, Bahman's wife of 14 years and the mother of his 8-year-old daughter. The only communication she's had with Coreslab came on Aug. 9, shortly after she got a desperate call from her niece while she was visiting family in Mexico. An employee of the company was at Lourdes' home in Austin trying to get in touch with her, said her niece, but Lourdes' mother-in-law, who does not speak English, was the only person home. Lourdes was told there'd been a fatal accident, and that she needed to call Bahman's company.

That phone call was the last Lourdes heard from Coreslab itself – though a week after Bahman's death she did receive a letter from the company's insurer pre-emptively informing her that because her husband was an independent contractor – and not an employee – the family was being denied any form of worker's compensation (which Lourdes had not yet applied for). She has heard from some of her husband's co-workers, who came by the house to express condolences.

"Some of them are from Cuba, some of them are from Mexico," she said. "They brought some flowers and money. And I appreciate that so much because I could see in their faces that it could happen to them and they felt for me. They don't have any education and they are so compassionate. And the other ones who are making the money didn't even send me a letter or a [sympathy] card."

Lourdes, who has lived in Austin since she immigrated from Mexico 24 years ago, when she was 20, is probably in a better position to investigate the accident than most of the many other people who lose a loved one to Texas' deadly construction industry. Not only is she a U.S. citizen who speaks fluent English, but she's spent her entire career working for nonprofits that focus on helping immigrants and low-income families get access to critical resources. She knew, for instance, to go to the Workers Defense Project, a nonprofit focused on workers' rights, which connected her to Webber.

Lourdes says she's not interested in money, but rather wants to learn how workplace conditions allowed for the 20-ton slab to fall – and for the case to serve as a "wake-up call" about the tragic byproducts of unsafe, unregulated construction sites. (Webber said that she has not yet filed any lawsuit, but likely will at some point, in order "to find out what happened to Lourdes' husband.") There are other workers, Lourdes notes, who have suffered grievous injuries but have been too scared to seek redress because they are undocumented and fear retaliation.

"Bahman was the most careful person in the world," says Lourdes. "He never sped. He never had any record. He took his job very seriously. From what I can gather from his other co-workers, he was just in the wrong place at the wrong time."

This article has been updated. Lourdes Kaman is best identified as a U.S. citizen, not a legal resident, as previously reported.