Pioneering pastor steps down after three decades with influential church 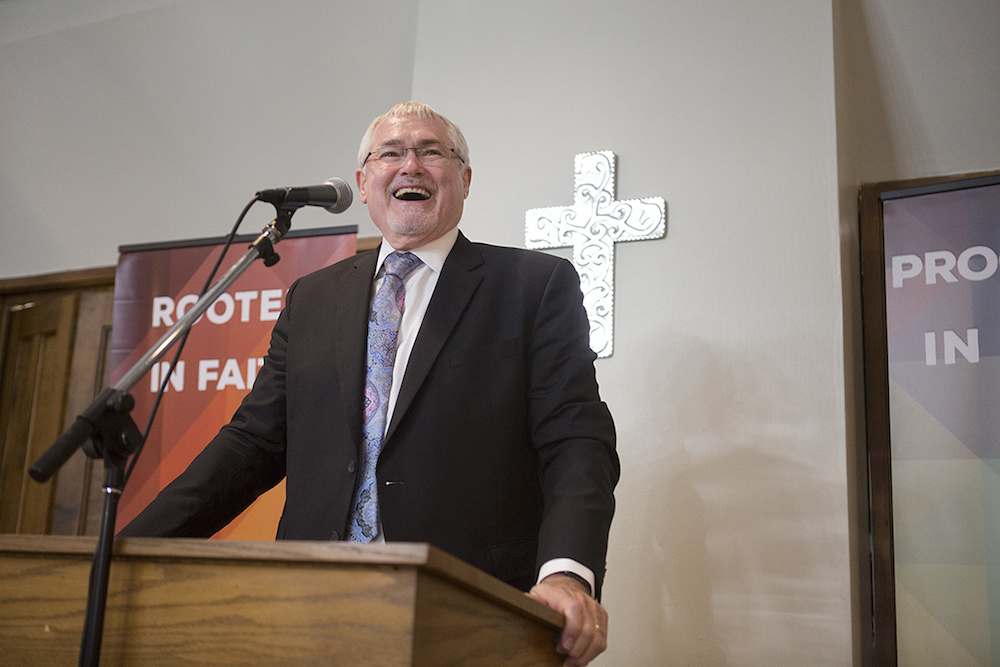 As Bethune described it, UBC has endured resurrection after resurrection during the course of his lengthy tenure. Today, the church is known for its progressive values and embodiment of a "welcoming and affirming" place for Austin's LGBTQ community. But it wasn't always that open. Bethune and UBC spent the better part of a decade in local and national headlines after the church ordained its first openly gay deacon in 1994. A regular churchgoer who taught Sunday school with his husband, Hans Venable was considered an ideal candidate by the church's nomination committee. But the church lost a quarter of its members when he was ordained, and over the course of several years was disfellowshipped by multiple conservative Baptist organizations, including the Southern Baptist Convention and the Baptist General Convention of Texas. The Sunday following Baptist Gener­al's announcement in 1998, however, the Chronicle reported that UBC was packed "like an Easter morning service," with former Mayor Kirk Watson in attendance.

Ultimately, UBC gained about as many members as they'd lost. "We began by ordaining a person who happened to be gay, and that opened our eyes to what it's like to be despised and rejected," Bethune recounted Monday. The fallout inspired him to study LGBTQ issues in the original biblical text, where he found none of the "hostility, hatred, and rejection so much of the church was proclaiming. That began the journey."

Embracing LGBTQ folks encouraged the church to further support Austin's marginalized communities. In 2004, UBC began hosting a weekly God's Family Dinner, to feed the homeless community. It also helped create Micah 6, a drop-in center for street youth and food pantry, with 10 other congregations near the UT campus. (UBC is located on the corner of Guadalupe and 22nd.)

Bethune remains a well-known activist outside of UBC. He's been involved with the Texas Faith Network (a branch of Texas Freedom Network) since its formation in 1996. Working with TFN has given him the "opportunity to have a voice about my religion being misrepresented" by the "excessive" religious right, he said. He and UBC opposed the bathroom bill introduced in this legislative session, and he co-authored an op-ed opposing the discriminatory legislation. State Rep. Donna Howard, who has long attended UBC, spoke during Bethune's farewell luncheon on Sept. 24. She told the Chron­icle: "I've been so proud to see Larry continue UBC's tradition of pushing us toward the better angels of ourselves through his ministry … I am reassured that, despite his retirement, Larry will continue [to] be a steady presence at the Capitol advocating for a just and compassionate community for all."

In addition to his advocacy, Bethune will look into opportunities with other congregations, and may teach at local seminaries on a "fill-in" basis. It will be a few months before he returns to UBC – to help members move on without him – but he's excited for what the future holds. "This is going to be a great experience and a growing experience for them," he said. As for the church, Social Justice Committee Chair Lisa Cauble expects an interim process of 12-24 months, to reaffirm UBC's mission, map out future plans, and determine what to look for in a new pastor. Church, as a concept, is in a state of upheaval, and Bethune acknowledged that the future of American Church is unclear. "I know how to pastor my parents' church, but I have no clue how to pastor my children's," he said. "I believe the church will be there, but I do think it's going to undergo a lot of change."

A version of this article appeared in print on September 29, 2017 with the headline: Pioneering Pastor Larry Bethune Retires From UBC 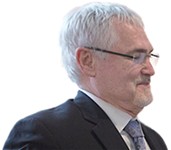 Quote of the Week: Larry Bethune
The longtime pastor on his retirement from the University Baptist Church