How Transparent Is APD?

The most? Least? That depends who you ask. 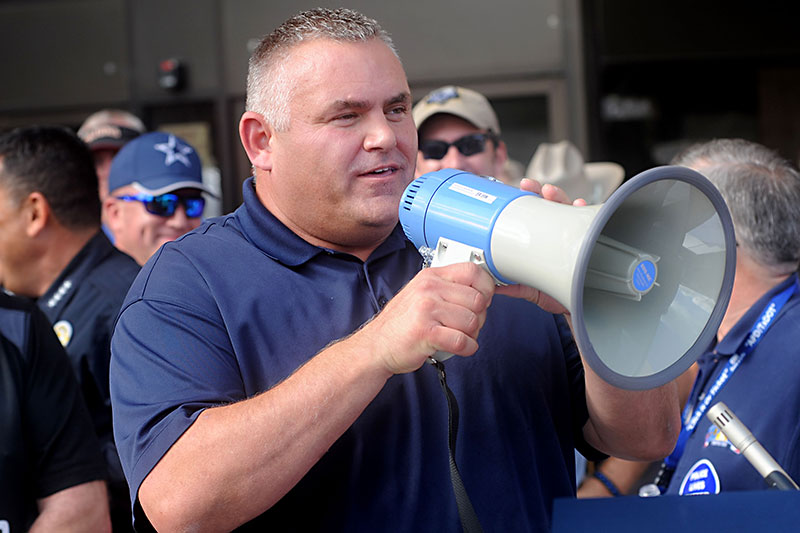 Earlier this summer, at a contract bargaining session between the Austin Police Association and city, APA President Ken Casaday issued a strong statement about where the Austin Police Department ranks statewide in terms of departmental transparency. "We are the most transparent police department in the state, hands down," the union head said, while advocating for a pay raise for his members. "No one has police oversight like we do." Austin Justice Coalition founder Chas Moore, part of a larger group of activists who have spent the summer watchdogging negotiations, took issue with that statement. "I don't think it's true at all," he confided to me shortly after. "I think that's a huge misquote by him."

Casaday has been unapologetic about the quid pro quo aspect of negotiations.

Samuel Sinyangwe helps run a national advocacy campaign called Campaign Zero, which formed in August 2015 in an effort to help eradicate police violence. He, too, painted a bleaker picture than Casaday's during a brief stopover in Austin last week, where he gave a talk on Sept. 21 and spent time at City Hall speaking with Moore and various members of City Council about his group's work and the ways that Austin might benefit from it.

As part of their research, the group surveyed the working contracts for police forces in 81 of the country's most populous cities, checking for six specific provisions they say make it more difficult for cities to hold police accountable for alleged misconduct. Those include items like the time officers have to prepare statements after having used force (48 hours); giving them access to dashboard video camera footage before they give that statement; limiting what the public can know about misconduct; and reverting short suspensions to written reprimands that are not a matter of public record. The APA's meet-and-confer agreement with the city provides protections to city police officers in all six facets – something that applies to only five of the other 81 surveyed cities. 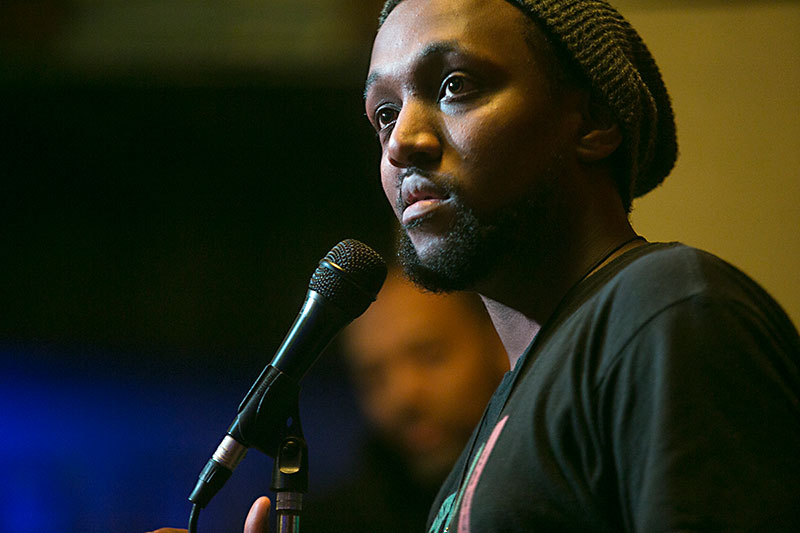 Even among other Texas cities, Campaign Zero finds Austin's contract to be problematic. "Dallas' police union contract doesn't contain any of those issues," said Sinyangwe. (In fact, Dallas does not even show up on Campaign Zero's list.) "Corpus Christi contains [four], but not as many as Aus­tin." Houston was found to provide protections on five of the six provisions. El Paso, four. San Antonio provides protections on all six.

Casaday said he's heard the message Cam­paign Zero has been busy imparting and felt that "half of it wasn't true." He took particular issue with the implication that there is a prolonged delay before officers give statements on their use-of-force incidents. The overwhelming majority of the time, he said, the officer gives a statement within hours of when the incident occurred. At any rate, he said, it's the officer's right to withhold a statement in that situation. (Though Internal Affairs may not take so kindly to that.) In response to the issue of short suspensions reverting to written reprimands, he said those are often for minor incidents (such as a collision or accidental discharge), and that the department made the change after the suspensions became a morale issue for officers.

"Our system is unique compared to anywhere else in the state," Casaday said, listing the Office of the Police Monitor, Citizen Review Panel, and other provisions that the APA has conceded during negotiations over the past two decades.

Sinyangwe and many others in his corner have been adamant that the root of the problem remains the reality of the negotiating table, where the inclusion of any item that pertains to oversight must be met with a concession somewhere else in the union's contract, and Casaday has been equally unapologetic about the quid pro quo aspect of negotiations. "That's why it's called bargaining," he said. "Because it's always a bargain. You give up something, the city gives up something. That's the way things have always worked. If you did not have a contract between the Association and the city, we'd have much less police oversight."

This story initially reported that Ken Casaday said the department allowed small suspensions to be reduced to written reprimands after public notification of those suspensions became a morale issue for offending officers. In fact, Casaday said that the notifications became a morale issue for all officers; those found to have violated an administrative policy or otherwise.