The mayor’s Downtown Puzzle proposal returns to Council this week 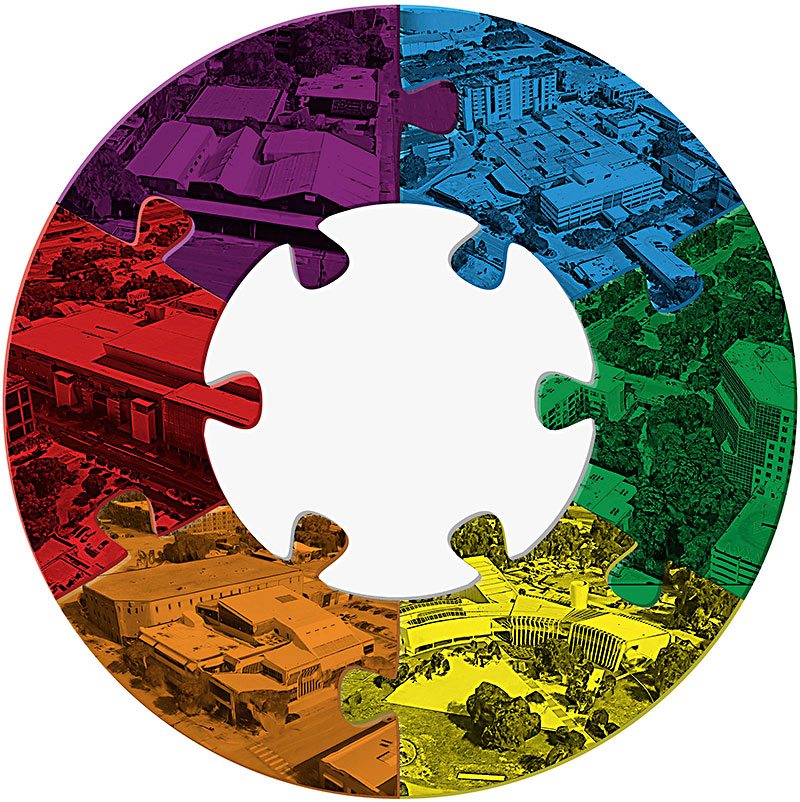 City Council has a full plate today (Thursday, Sept. 28), with an agenda that was still growing last week, finally hitting (with addenda) 103 Items. Nearly 30 are zoning matters (with their own procedural land mines), but the headline proposal is the return of Mayor Steve Adler's "Downtown Puzzle" resolution, postponed from the contentious Aug. 31 meeting, where battle lines were drawn on the dais over the use of hotel occupancy tax revenues. A temporary truce evoked a unanimous vote to move some of those funds toward "historic preservation" – details TBD. (For an overview, see "Putting Together the Downtown Puzzle," Sept. 22.)

Today's resolution (Item 52) is officially only "exploratory" – if approved, it directs interim City Manager Elaine Hart to "explore funding options such as public improvement districts, tax increment financing, public-private partnerships, and increases in hotel occupancy taxes to fund improvements to downtown Austin, to address homelessness in downtown Austin, to support the local music industry, and to fund park, civic, and historic facilities and districts including expansion of the Convention Center." The mayor's proposal arrives with four co-sponsors: Council Members Pio Renteria, Greg Casar, Ann Kitchen, and Jimmy Flannigan. In theory, it shouldn't be tough for the mayor to pick up a sixth vote for an exploration – but it's also clear that several other members would like to slow things down, if not stop the Puzzle in its tracks altogether.

The dais appears to be split down the middle, with the most explicit resistance coalescing around the proposed expansion of the Convention Center.

Of the co-sponsors, Kitchen is probably the softest vote, and she said again last week that while she supports moving forward with exploring the plan, she has "a lot of questions" before she'll be ready to approve the project itself. "We need a lot more discussion of the details," she told the Chronicle last week. By contrast, Renteria sounds like an enthusiastic supporter, who sees the Puzzle as eventually funding projects otherwise languishing for lack of funding. He cited the Mexican American Cultural Cen­ter master plan, the Palm School preservation, and support for the Red River music district. "We haven't been able to do these things with bond funding, or other resources," he said. "I really am supporting the Puzzle as a way to get these things done."

Others on the dais sound a lot more dubious, even of initiating an "exploration." Several (Ora Houston, Leslie Pool, Ellen Troxclair, and Alison Alter) have posted to the Council message board recommending more work sessions before formal consideration of the mayor's resolution – Alter suggested that "each component" of the proposal might require its own work session, which would stretch matters out for several more weeks. The mayor, still determined to move forward today, suggested instead that Council questions would be answered during staff's "review and analysis."

In sum, the dais appears to be split down the middle, with the most explicit resistance coalescing around the proposed expansion of the Convention Center, which the mayor argues is both necessary in itself, and as "unlocking the funding" for the rest of the Puzzle projects. Pool and Mayor Pro Tem Kathie Tovo have been the most explicitly skeptical of the expansion. Tovo explained last week that while she's "on board" with most elements of the Puzzle, she "believes they should be considered individually," and that she is not persuaded of the necessity of expanding the Con­ven­tion Center. "If we do decide to do that," she said, "it should be because it's needed in itself, and not because it will trigger other project funding.

"I want to have more conversations about the expansion, and about the sources of money for these projects," Tovo concluded. "We need to look at each one independently."

At least on one element, Tovo and Renteria agree – that the preservation of the Montopolis Negro School should be possible with already reallocated HOT funding (during budget adoption, about $8.6 million was designated for historic preservation). Renteria said the landowner appears willing to sell, if he can be made whole for his purchase price and initial planning costs. "We should be able to do that for less than a million dollars," he said. "That would allow us to preserve the school and create a park [on Montopolis Drive] around the school." A proposal (Item 56) to initiate that negotiation is also on today's agenda (likely overriding the zoning change to approve mixed-use development – Items 72-73).

At Tuesday's work session, Council (with Tovo absent) discussed the Puzzle resolution at length, with Pool pressing to "sever" the various elements and debate the Con­vention Center separately, and Delia Garza adding her own hesitation at supporting "a package." Others said they would propose amendments – Kitchen suggested creating a Council "work group" to pursue the discussion while staff does its research. The mayor also added the Puzzle to Wednesday afternoon's (special-called) work session agenda – originally intended to be occupied with CodeNEXT. Today's vote whether to proceed could be close.

If they do manage to work that out, there's plenty more on their plates. Some highlights:

• Healthy Choices: Greg Casar is hoping to move all Austin employers to provide employees with paid sick days; his Item 55 would initiate a stakeholder process.

• Curfew Be Gone? Items 100 and 103 overlap, and concern the potential abolition of the juvenile curfew that too often initiates the prison pipeline (especially for minority youth). APD initially opposed abolition, but has reportedly reconsidered – a public hearing on alternatives, and a possible vote to abolish, are on tap.

• Vexing Questions: Lobby regulations, His­toric Landmark Commission voting standards, the new Firefighters Association labor contract … and all those zoning cases … are on the list. Barring plenty of postponements, today could be a marathon.