The Trouble at Fantastic Fest 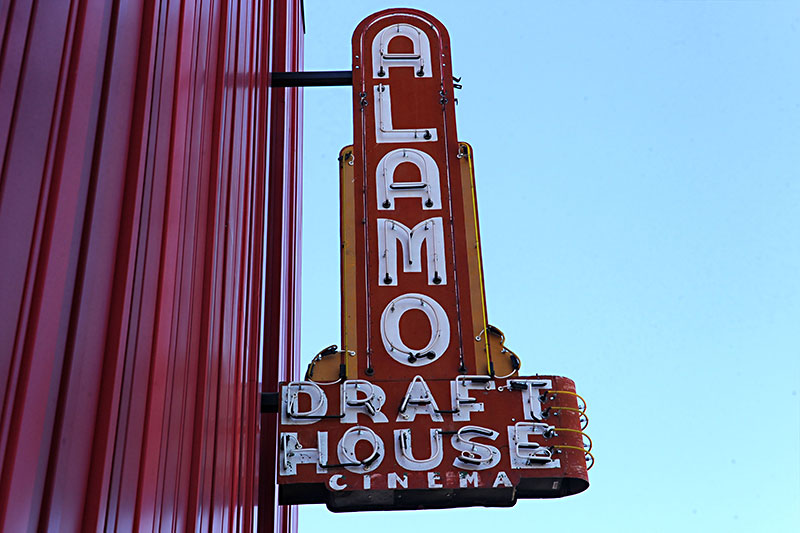 A cultural institution can be more – or sometimes less – than the people who surround it. Such became abundantly clear this week, as the Austin-based Alamo Draft­house Cinema chain faced heavy public criticism for hiding a controversial rehiring from staff and clientele.

The individual rehired was Devin Faraci, former editor-in-chief of the Drafthouse's in-house film magazine Birth.Movies.Death. Faraci quit BMD last October after he was accused of sexually assaulting a fellow journalist. Faraci didn't deny the claim, and though no charges were ever filed, its veracity was further reinforced when other women came along with similar accounts of his harassment – accusations that got piled on top of Faraci's long track record of online bullying and unprofessional behavior toward colleagues in both the film and publishing industry. All of which made it a great surprise this month when it was discovered that the Los Angeles-based writer was once again working for the firm, and had been for a while.

The resignation did not deflate any outrage about Faraci having initially been brought back on board.

News of Faraci's rehiring quickly turned the spotlight from him to Alamo founder Tim League, who confirmed on Sept. 12 that the cast-off editor had indeed been rehired as a copywriter. League wrote, "I understand there's some discomfort with the idea that Devin is once again employed by the Alamo Drafthouse. However, I am very much an advocate for granting people second chances, and I believe that Devin deserves one." Following an immediate and intense backlash that mostly played out on social media, League issued a second statement the next day saying that he had since accepted Fara­ci's resignation (again), and was starting a series of meetings with Drafthouse staff "to provide the opportunity for further reflection."

The resignation did not deflate any outrage about Faraci having been brought back on board, and questions swirled as to whether he had ever really left. Criticism sharpened when it became known that the company, including League, had been informed of other instances of Faraci's behavior and did nothing about it. On Sept. 15, League issued a third statement – a more fulsome apology. "Over the past few days, I've realized that decisions I have made over these past months have been problematic," he wrote. "I am concerned about what these choices may say about me and the values of this company to employees, customers and the community at large. I'm humbled and deeply sorry."

The Drafthouse has avoided any calls for a formal boycott, and League has been supported in some quarters for giving Faraci a chance at rehabilitation. But some longstanding customers have individually pledged to no longer support the business, while others have sought to mitigate the impact by pointing to the Drafthouse's progressive record, noting the women-only screening of Wonder Woman and gender-neutral bathrooms in theatres.

Whatever hit the Drafthouse takes will play out over time. More immediately pressing is its Fantastic Fest film festival, which begins today, Thursday, Sept. 21. Attendees have already ordered protest shirts, badges, and ribbons to protest what had occurred. Among the filmmakers and artists attending, video remix ensemble Everything Is Terrible has made clear that its members had considered canceling their appearance but ultimately decided that "bringing this conversation to the theater in person is more important to us than a boycott." The group said that all proceeds, including their appearance fee and merchandise sales, will be split between the Rape, Abuse & Incest National Network and the Oregon-based Downtown Women's Center. Several other attending filmmakers have also announced plans to send a donation equaling the price of a festival badge to sexual assault charities.

On the other end, Fox Searchlight Pic­tures has pulled its opening night film Three Billboards Outside Ebbing, Missouri, and the fest has suffered two other high-profile departures: Film critic Scott Weinberg, who created and organized the annual Fantastic Feud event, said he will not attend this year, and producer and longtime Fantastic Fest international programming director Todd Brown not only stepped down from the organization, but publicly lambasted League for keeping Faraci's rehiring a secret from others within the organization. Brown said he "rejected" League's latest apology. "I stated when I stepped away that I felt embarrassed and ashamed. That has only deepened."