"Local control had been a darling of the state for years, and now it has become the enemy" 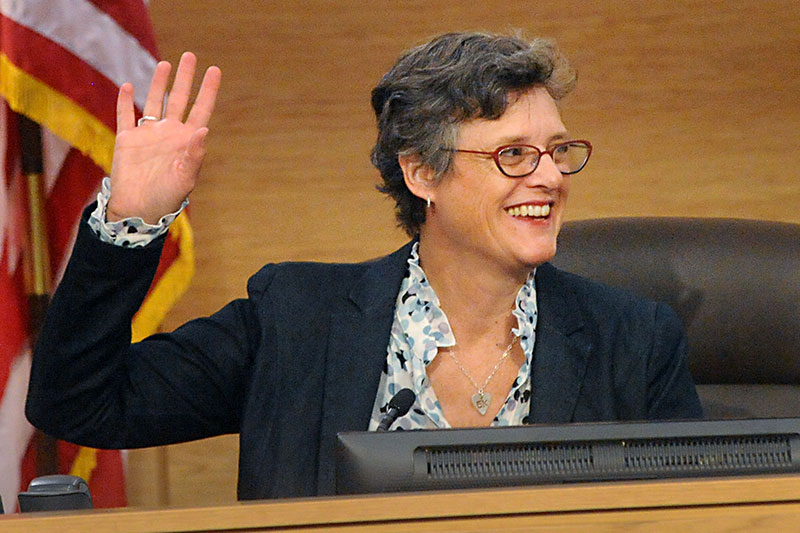 While Gov. Greg Abbott snatched some $1.5 million in criminal justice state grant funds back from Austin coffers this Feb­ru­ary in retaliation against Travis County Sheriff Sally Hernandez's immigration policies, he did little to actually punish the sheriff herself. Instead, the governor's petty political payback destroyed vital programs that support victimized families, traumatized juveniles, and veterans, throwing the county into a tailspin to find the necessary funding elsewhere.

"It was shocking," Travis County Judge Sarah Eckhardt said of the funding slash. "The programs had nothing to do with the sheriff; she had no managerial control over them."

Eckhardt says she tried to reach out to Abbott multiple times to no avail. But if she could get the guv on the line she'd say: "As attorney general, you were heavily invested in and a champion of these types of programs for a long time. So why would you damage your own efforts? They are your programs as much as ours." She'd also remind Abbott that he's the victim of a "self-inflicted wound," because the programs also benefit the state: For each person the county diverts out of the criminal justice system, that's one less body the state has to take on their books.

“Local control had been a darling of the state for years, and now it has become the enemy.” – County Judge Sarah Eckhardt

In response to Abbott's holdout, an online community fundraiser spearheaded by local state Rep. Eddie Rodriguez kept the programs alive and saved jobs throughout the year. And the county has managed to shake the couch cushions hard enough to keep things afloat in 2018; but beyond that the forecast is looking grim. "We cobbled it together for another year," said Eckhardt. "But it's not sustainable." If the county can't secure foundation money or other sources of funding, it's inevitable they'll have to greatly reduce the capacity or cut programs entirely. "I don't know if it's a lack of understanding of how the different layers of government work, or if [Abbott and state officials] just don't care because the political points to be scored are more important," said Eckhardt.

The attacks on Austin – and other urban municipalities – haven't ceased. This legislative session in particular, the Texas GOP, led by Abbott, has waged an unprecedented and epic battle against progressive cities and counties by aiming to pre-empt a slew of local ordinances in the name of "liberty" ("Departing From Local Control," June 16). It's no wonder that Travis County's Eck­hardt, at the forefront of the political aggression, was picked to sit on a panel discussing "Local Control vs. Local Liberty" at this year's Texas Tribune Festival. She'll be joined by state Reps. Gina Hinojosa, D-Austin, and Chris Paddie, R-Marshall, state Sen. Don Huf­fines, R-Dallas, and Dal­las County Judge Clay Jenkins, to answer the question: "Who gets to decide how cities and counties operate: mayors, council members, and voters, or the state?" at the media outlet's three-day state policy wonk playground.

"Local control had been a darling of the state for years, and now it has become the enemy," said Eckhardt. "While some state legislators claim cities are taxing and spending us into ruin, the reality is our major cities and counties are some of the most resilient economic engines in the nation. We can't be both the 'Texas Miracle' and the instruments of its destruction simultaneously."

Eckhardt doesn't believe all hope is lost, however. She says "we can build bridges and re-establish a relationship" between the two levels of governance. And if Abbott changes his mind and wants to talk, Eck­hardt's line is always open.

Sat., 9:50am: The Tyranny of the Commute. Traffic, poorly planned roads, and how to fix both in the modern world. With state Rep. Celia Israel, moderated by the Statesman's Ben Wear. AT&T Center, Classroom 203.

“Local Control vs. Local Liberty” takes place Sat., Sept. 23, at 8:30am in Classroom 100 of Calhoun Hall, on UT’s campus. For more info on Tribfest, visit www.texastribune.org/festival.

A version of this article appeared in print on September 22, 2017 with the headline: A Party for Local Control

Quote of the Week: Sarah Eckhardt
The optics of local governance

Quote of the Week
Justice must find the light