Council: Yes, We Have a Budget 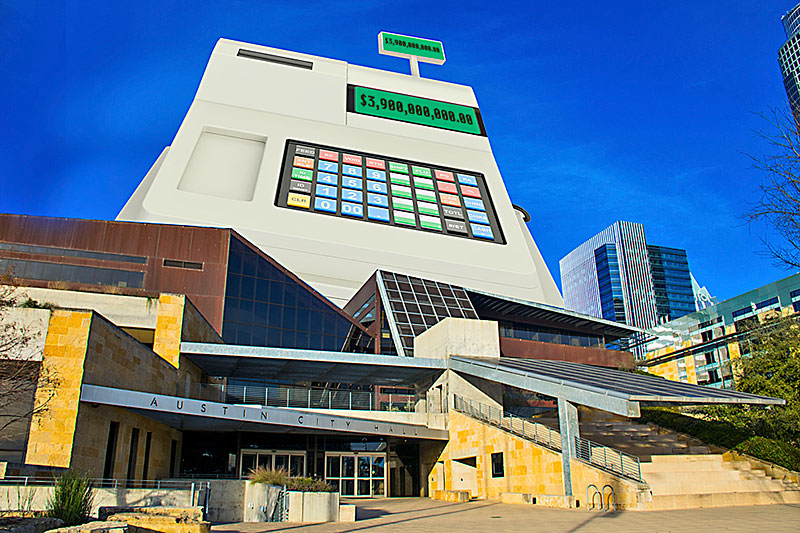 City Council completed three days of "budget readings" at around 10pm last Wednesday, and thereby dodged an extra day of deliberations tentatively scheduled for Thursday. The latter was a late addition, as two days earlier it began to seem likely that council members wouldn't be ready to make final decisions in the three reading days historically allotted for formal budget approval – indeed, not too long ago (pre-10-1), the three officially required readings were accomplished on Monday morning, with the rest of the day defaulted to R&R.

Nevertheless, in a flurry of dais horse-trading and rapid-fire decision-making that began Tuesday afternoon and lasted into Wednesday evening, Council did finally make a series of final budget amendments to interim City Manager Elaine Hart's proposed budget, introduced Aug. 2. Nearly all were essentially confined to the $5 million in uncommitted "surplus" funds ($4 million ongoing, $1 million "one-time") identified in the original budget proposal. The FY 2018 General Fund (operating) budget comes in at just about $1 billion, with the overall ("All Funds") budget – including enterprise departments such as the utilities and airport – at just under $4 billion, a new record.

There were a few broader gestures at larger adjustments to the overall GF budget – potential cuts to the Fire Department and Development Services, reconsideration of economic incentives agreements (e.g., the Domain), a larger property tax cut – but the final amendments were largely within the confines of Council's previously defined "Strategic Initiatives."

• About That Overtime: Council Members Alison Alter and Jimmy Flannigan continued to press on the issue of AFD overtime costs (largely a consequence of recruiting delays, meaning fewer full-time firefighters). After some debate over micromanagement from the dais, Council proposed $255,000 in AFD cuts "to be determined."

• De-Development: Development Services is budgeted for 51 new positions to accelerate permitting and move toward enterprise (self-funding) status; Council scooped $600,000 from those plans – at least temporarily – for other needs.

• Google Less: After some debate over the precise meaning of "expeditious," Council cut $100,000 from the "expedited permitting" for implementing Google Fiber around town (reportedly with Google's reluctant blessing).

Those several "cuts" provided nearly an additional million to the GF surplus, meaning that by Wednesday, Council was working with a spreadsheet closer to $6 million. The round-robin began, with various proposals amounting to nearly a third more than that actual surplus number – which was steadily winnowed down in a series of percentage reductions and other changes that eventually led to a FY 2018 budget that could be declared balanced.

$151.44: Annual increase in taxes and fees on a median value home

With the exception of the property tax rate increase and the tax/fee increase, these were the numbers anticipated in the staff-proposed budget. Council members hoped to come in a bit under the rollback rate, and that also lowered the total increase in homeowner costs (as did a bump in the senior property tax exemption).

After the withdrawal of Mayor Steve Adler's proposed "property tax swap" with Austin ISD – when devising a method to compensate Austin residents outside AISD proved daunting – council members desired to maintain support for the "recapture" district, hence the largest additional expenditure from surplus funds. The other highlighted additions provide a sense of Coun­cil's ongoing spending priorities beyond base programs. One additional funding juggle was a consequence of the earlier decision to reallocate HOT money to cover $1.2 million in public safety expenses during Spring Festival season (aka SXSW), on the theory that "tourists" should underwrite the city's co-sponsorships of the festivals.

CM Ellen Troxclair proposed using all of that consequent GF bounty to reduce property taxes, but in a flurry of contested decisions, Council eventually voted 6-5 to apply $420,000 to lowering the property tax rate. (Dissenting were CMs Delia Garza, Pio Renteria, Greg Casar, Kathie Tovo, and Leslie Pool.) Almost as contentious was a decision to dip for $92,000 into the city's reserve fund, set (by previous Council policy) at 12% of the GF. Several of those spending decisions (e.g., most of the increase in the exemption for seniors) were allocated from "one-time" available funds – meaning that next September, the next Council will likely find itself in the same predicament, trying to find one-time money to spend on ongoing costs.

Council held a special called meeting Wed­nesday to consider CodeNEXT; the next regularly scheduled meeting is Sept. 28, with the agenda currently set at a cool 100 Items, including the return of the mayor's proposed "Downtown Puzzle" (see "Putting Together the Downtown Puzzle," Sept. 22), the much-postponed effort to change the voting standards of the Historic Land­mark Commission, and a lengthy list of zoning cases.