Continued efforts aim to right past wrongdoings at the DNA lab 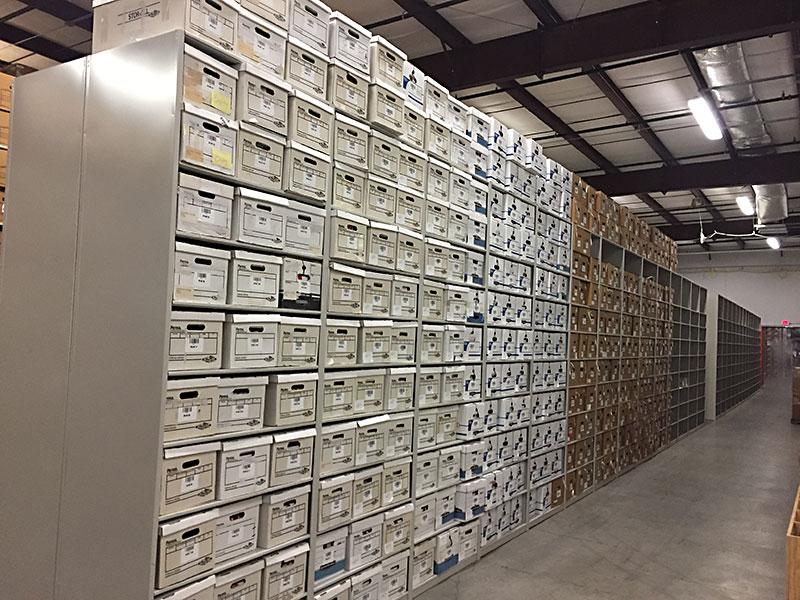 No mold has been detected inside the 520 rape kits sent out for testing since the Austin Police Department discovered a mold-like substance growing on 849 of their backlogged kits in April. But the crime lab saga is far from over. As APD works to clear the backlog and erase doubts about its still-operating labs, the Capital Area Private Defender Service sits in the thick of its materiality review, as the Travis County District Attor­ney's Office covers its tracks via Brady notices to those convicted in part by DNA evidence analyzed at APD.

On Aug. 31, City Council approved an agreement between the city and University of North Texas, led by Dr. Bruce Budowle of the Texas Forensic Science Commission, to handle the scientific review of cases identified by CAPDS. Inde­pen­dent entities have expressed confidence in Budowle. Trudy Strassburger, CAPDS's deputy director, reminded he "was the one who raised many of the issues concerning APD's lab." And CAPDS's Foren­sic Project – the unit responsible for the materiality review – is currently working with the D.A.'s Office to choose the first batch of 10 cases to be sent to UNT. Strassburger hopes to have the first round of results back in October or November.

CAPDS reports having already sent out 1,000 Brady notices; 537 recipients have requested their case be reviewed, and Strass­burger says another 800 letters must still be mailed. She predicts the entire review (and potential relitigation of impacted cases) will take five years.

Though the number of reviewable cases continues to increase, the number of kits at APD is dropping. Virginia lab Bode Cellmark began processing APD kits in August, and the backlog tally dropped from 1,817 untested kits on Aug. 1 to 1,528 by Aug. 31. Meanwhile, incoming kits are being sent to the new "Cap Lab," APD's former DNA lab, now overseen by the Department of Public Safety. In the forensic unit, Sgt. Kelly Daven­port said, the process of outsourcing new cases remains an imperfect science, but good practice: Once the backlog is depleted (hopefully by 2018's close), "This will be the new normal," she said. "As new DNA evidence comes in, we need to be able to get it out to Cap Lab, and perhaps more frequently than once a month."

During a Monday tour of APD's evidence warehouse, Commander Mike Eveleth seemed excited about the progress. "Our total needs, department wide, are probably 50-90 [total cases] a month," he said. "And we have way higher capacity now, so when we do get up and running again, and get the backlog down, it's almost going to be a piece of cake."

The warehouse sits on MLK Boulevard east of Springdale – a 60,000-square-foot maze filled with evidence, confiscated items, and the remaining backlog, housed in a 30-foot-by-30-foot freezer kept at 38 degrees. When APD took over the space in 2011, they equipped the freezer with redundancy monitoring. Along with chart recorders and visual aids, the unit is connected to the building's automation system. If the temperature fluctuates, warehouse staff get a page alerting them of the issue, explained James Gibbens, the warehouse manager who's the brother of former crime lab manager Bill Gibbens*. If the temperature inside the freezer increases two degrees, the backup system kicks on automatically.

Technically, it was Signature Science – the local lab APD contracted with after the lab closed down last June – that alerted Eveleth in April to the potential mold problem. The initial finding led to the discovery of possible mold on more than half of APD's backlogged kits, many of which dated back to the Nineties. The substance was tested on Aug. 10 to identify whether it is mold, dust, or dead mold (mold that's no longer growing), and the unit is still waiting for test results. One untested kit from January 1998 suffered extreme mold/water damage – at least to the exterior – which Eveleth said was likely caused by a leak at the previous warehouse. He said the suspect in that case was convicted, served time, and is now a registered sex offender (with his information stored in CODIS). While the kit has been shipped out for retesting, as mandated by state law, he does not anticipate new information to come as a result.

Since the mold's discovery, Eveleth and Gibbens have taken precautions to remove the possible outbreak and ensure it doesn't reoccur. Every kit in the freezer has been wiped with a bleach solution to rid any fungus from the exteriors and placed inside a slightly larger cardboard box for storage, with a sticker alerting analysts of the solution used and asking to be notified if mold is found within the kit. New kits are kept on opposite ends of the freezer to avoid cross-contamination. The wood panels that previously held the boxes off the floor have been replaced with plastic crates, and the floors themselves have been recaulked and sealed – as have the freezer door and walls.

During remediation, Gibbens' crew found a potential, previously unidentified issue in a large, solid rubber mat covering the floor of the freezer. Though the mat had been there since operation began in 2011, Gibbens said it wasn't until the warehouse crew started investigating the mold issue that they discovered "some moisture underneath." Now, the mat has been removed and the floor is visible to show any sign of moisture. A dehumidifier has been added to the monitoring system. Gibbens said they mostly maintain the national 25% humidity standard in the freezer; it rises slightly each time the door opens, bringing a gust of heat.

The forensic unit is also in the process of growing its other labs (blood alcohol/toxicology, controlled substances, crime scene, latent prints, and ballistic). Lab chemistry manager Ralph Salazar said they're hoping to hire a toxicology manager who could build the lab up for testing drugs as well, a timesaver and potential income saver if DPS reverts to its plan to charge for testing evidence. Like the storage freezer, the blood sample refrigerator has a redundancy system to alert Salazar of any quick changes. On weekdays, lab staff enter the fridge twice daily to take manual temperature readings. "Refrigerators are popular topics of conversation these days," said Salazar, referring to the department's infamous freezer malfunction last fall, when one went down for eight days before staff noticed. "We want to learn from mistakes." (By the way, if a blood tube containing ethanol is left unrefrigerated, the alcohol content will drop, favoring the defendant.)

The remaining labs are undergoing the first in a three-part audit to ensure that the work is above the DNA lab's dismal review last May, spurring its closing. Strassburger considers this "good news ... but we don't know what we don't know." In her eyes, the most telling stage has yet to come: the scientific review of flagged DNA cases. What happens next, at least in terms of already convicted cases, will be largely determined by Budowle's findings. "If he thinks half of those are inconclusive or that the results should be very different, we're in a totally different ball game than if he looks at all 10 and says that they're fine or just have minor tweaks."

This story previously reported in error that Bill Gibbens had died. In fact, he retired.

A version of this article appeared in print on September 15, 2017 with the headline: “A Piece of Cake”

What Happens to Rape Victims?
Sixteen months and nothing