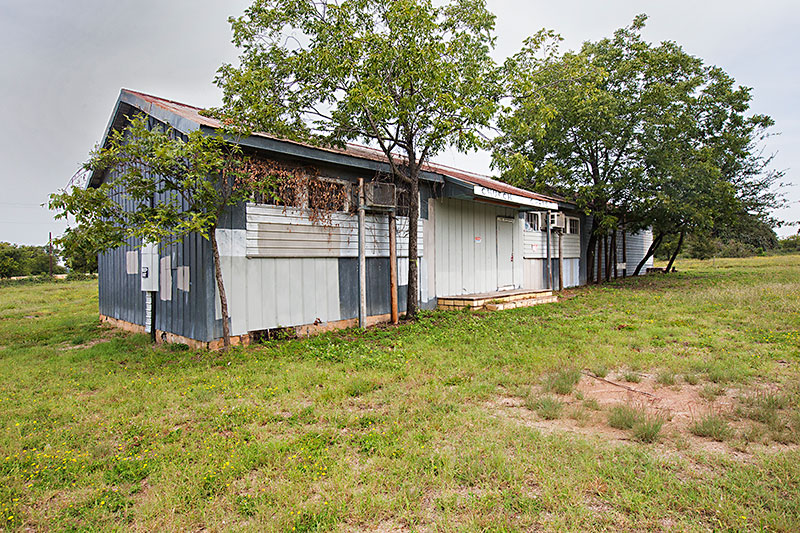 The site of the former Montopolis Negro School, at 500 Montopolis Drive. On Tuesday, Planning Commissioners rejected city staff's recommendation that the property be rezoned for neighborhood mixed use, instead recommending that the property, currently owned by Austin Stowell of KEEP Investment Group, receive historic designation, and remain zoned for single-family. For more, see "Public Notice," Sept. 15. (Photo by Jana Birchum)

Money, Money, Money: By the time you read this, City Council will have approved the city's fiscal year 2018 budget. Or not. The usually pro forma three days of budget "readings" (beginning Monday) were consumed with detailed and occasionally tense discussions of how to stretch small dollars for large needs. "Council: Nickels, Dimes ... and Millions," Sept. 15.

The next shoe drops this week on CodeNEXT, as the second draft of the highly embattled land use code rewrite was scheduled to appear Sept. 15. Council got a preview last week – for an engaged discussion between Mayor Pro Tem Kathie Tovo and Council Member Greg Casar, see "Which Way to CodeNEXT?" Sept 15.

Storm's Comin' Thru: In what's beginning to look like the New Normal, Hurricane Harvey's devastation of the Gulf Coast was followed by Hurricane Irma's roto-run through Florida. Let's hope folks can catch their breath before the arrival of José, and the combined impact makes an (unlikely) dent in the Trump administration's refusal to acknowledge global warming and its consequences.

Austin Community College adjunct professor and Round Rock attorney Robert Ranco resigned from his firm after shooting off a tweet Friday that read, "I'd be ok if #BetsyDevos was sexually assaulted," in reference to Education Secretary DeVos' intent to change the way colleges handle sexual assault cases. After backlash, he admitted his tweet was "a mistake." ACC distanced itself, saying they do not "condone" Ranco's sentiments.

Following Hurricane Harvey, Whole Woman's Health Clinic has offered no-cost abortion care to 15 patients, including nine at their reproductive health center's Austin flagship clinic. The more than $8,000 relief effort is meant to help women who missed scheduled abortion appointments as a result of the hurricane.

The deadline blocking an onerous Texas abortion ban has been extended. Last week, U.S. Judge Lee Yeakel temporarily halted a law that would have barred women from undergoing D&E abortion, the safest second-trimester procedure, until Sept. 14. Yeakel recently prolonged that block until trial on Nov. 2, bolstering the short-term victory for pro-choice advocates.

Edith Windsor, the LGBTQ activist famous for her role as lead plaintiff in the 2013 Supreme Court case that struck down a portion of the Defense of Marriage Act (which helped usher in the court's marriage equality ruling two years later), passed away on Tuesday. She was 88.