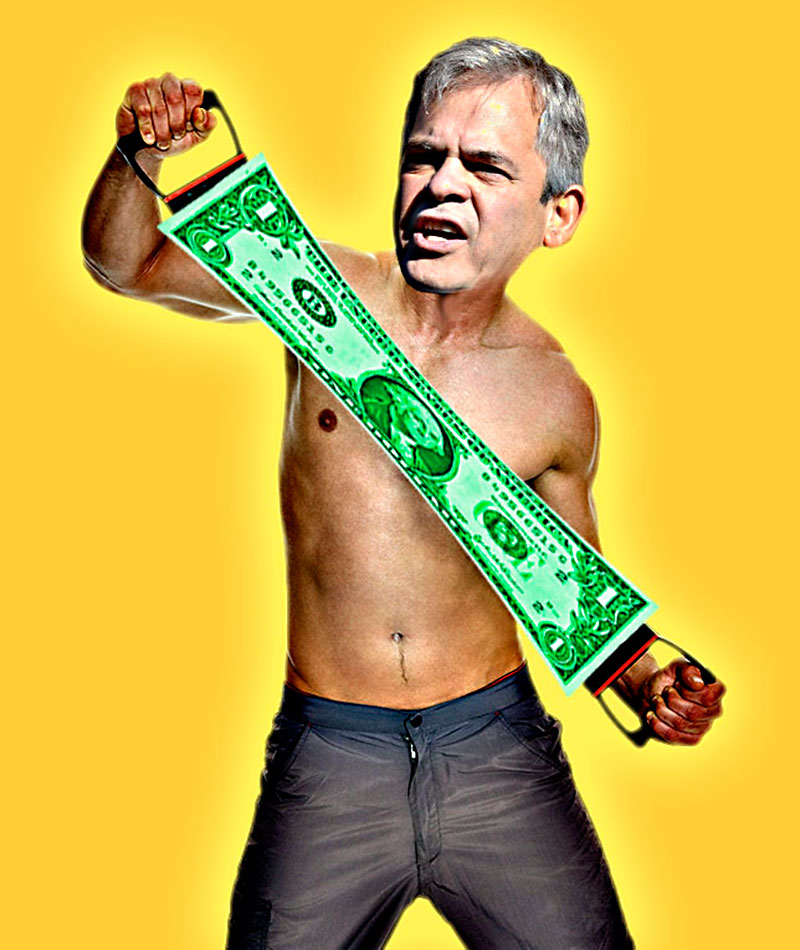 As they began their final fiscal year 2018 budget deliberations (aka "readings") this week, City Council seemed determined to refashion its "Concept Menu" – a lengthy spreadsheet of potential last-minute budget amendments – into a ball-and-chain it would drag into October, November … and perhaps the next several millennia of Star Wars. Monday's Menu listed at least $75 million in potential additions to General Fund expenditures (and another $80 million or so in capital investments), and perhaps $11 million in potential cuts, with the common understanding that most of those changes were effectively placeholders for unmet city needs that, for the present, will remain unmet. (Come to think of it, the Concept Menu evolved from an earlier, pre-10-1, staff-drafted version called "Unmet Needs" ….)

As Monday drifted into Tuesday, Mayor Steve Adler or another Council member would lament that the dais seemed to be treading water, with little hope of adopting a budget by Wednesday.

In cold reality, as the budget staff had informed Council some weeks ago, interim City Manager Elaine Hart's proposed city budget included only a bit more than $5 million in uncommitted funds ($4.7 million in ongoing GF, another million in one-time funds). By the end of the day Monday, no increases and only a single cut – a tentative $255,000 from the Austin Fire Department – had been approved, while council members continued proposing single items for inclusion or exclusion, with very little direction (or attachment to the Menu, increasingly looking like a grocery list misplaced from last spring). One could almost forget that in previous Council incarnations, formal budget readings, scheduled for three days, were generally concluded on the first morning – or that this Council had intentionally begun preparations earlier this spring precisely to avoid this last-minute logjam.

As Monday drifted into Tuesday, Mayor Steve Adler or another council member would lament that the dais seemed to be treading water, with little hope of adopting a budget by Wednesday … or perhaps beyond. Members continued introducing new "concepts" of various kinds, while wandering into the weeds of micromanaging individual departments (thereby edging outside Council's charter-defined authority). The AFD cut was a case in point: CM Alison Alter remains determined to "get control of overtime" (a long story, involving federal intervention in recruitment) in the Fire Department, this time proposing mandatory overtime for firefighters on certain break days (aka "Kelly Days"). It quickly became clear not only that imposing overtime on city employees smacks of anti-labor authoritarianism, it would also involve Council impinging on city management responsibilities. Hart was duly charged with working with Fire Chief Rhoda Mae Kerr to look for cuts. So concluded Monday.

Nevertheless, a few themes emerged from last week's and this week's discussions, including hopes that Council could find ways to fund certain ongoing priorities that might otherwise endure short shrift. CM Ora Houston, for example, has heavily emphasized the needs identified by the various Quality of Life commissions – African-American, Hispanic/Latino, Asian-American, LGBTQ – arguing that they continue to be underfunded. (She simultaneously proposed Council should wait on any additional appropriations until next year, because of the uncertainty of the federal budget, and even the prospect of war.)

Houston's colleagues sympathized with that position, and Adler proposed that whatever is done this year – the QoL commis­sions are waiting in line for last-minute budget amendments – staff should draft next year's budget with the understanding that these are structural needs that require consistent budgeting, perhaps through the newly established Equity Office.

CM Delia Garza (and others) made their annual plea for social service funding (now known as "Public Health"). In addition to several proposals for parks and related funding, CM Leslie Pool floated the idea of the city reneging on its 2003 economic incentives deal with the Domain – sending a déjà vu shudder through the dais of reopening a vote presumably closed in 2008, when a petition-initiated referendum resulted in voters' approval of the (performance-based) incentives. (That is yet another long story – Council subsequently changed policy to forgo incentive deals on retail developments – that threatens to get longer.)

Pool argued the deal is officially "voluntary" on both sides – technically true, since one Council cannot bind the policy of another – while CM Jimmy Flannigan argued that arbitrarily reneging would both endanger and increase the cost of any future incentive agreements. It was not clear if the idea had majority traction on the dais – staff was charged with bringing back additional information while the matter simmered on the back burner … along with many other wild hairs.

That includes CM Ellen Troxclair's annual determination to grandstand on the property tax rate, proposing once again to get as close to the "effective rate" (last year's revenue, plus new construction value) as she can persuade her colleagues to accept. Considering the extreme tightness of the numbers, that's an uphill fight, but it will enable Troxclair to stake out the "fiscal conservative" position on the dais, while her colleagues continue to look for ways to fund basic Austin needs.

The Chronicle’s Wednesday deadlines conflict this year with the Council’s glacial pace on final budget decisions. Look for updates online at austinchronicle.com/daily/news.