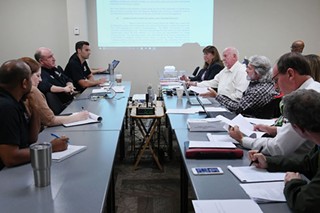 The city and Austin Fire Association finally have a deal. After deliberations on wages, transferability, and overtime stalled, the two sides agreed to sit down with a mediator to find a compromise on a new meet-and-confer agreement. With neither side sounding particularly chipper in the aftermath, it appears the true spirit of the word applies to what happened during deliberations held last week. The AFA is currently mulling over the agreement; membership is expected to vote on the terms this month. If the members ratify the agreement, it can go to City Council for approval.

"It's not exactly the deal we were hoping for," said AFA President Bob Nicks, "but we think it meets important imperatives of City Council, including some of the budget imperatives they were struggling with. … It secures a good contract and working conditions for our members, and we're happy to bring it forward for their vote." Interim Labor Relations Officer Larry Watts, brought into negotiations after they'd begun in June, called the agreement something "we can live with. … But the thing that would help us most that we didn't get is a hiring process similar to what police have" (wherein the executive branch has more sway).

Council's budget hawks proved a strong presence in negotiations. One of the city's early stated objectives was to achieve a "reset" year in terms of the budget and also management oversight. That led to a slight pay raise described by Nicks as a "cost of living" bump. Watts didn't want to get too into the weeds until staff presents the agreement to Council, but described the bump as "nominal." The two sides also made a change that allows the city to purchase vacation time from firefighters early in their careers, which the AFA believes will lead to fewer hours being used overall.

Another boon to the city came in the form of a change to part of the department's overtime policy. In the past, the AFA had won the right to count vacation hours to trigger overtime. Knowing this was a $1 million efficiency in the department's budget, the AFA had tried earlier on to negotiate it away in exchange for (among other things) transferability – essentially a desk-work option for firefighters rendered unable to work on a truck. That tactic didn't work, and the overtime piece ended up in the final agreement.

As Watts noted, the hiring process remains a sore spot. Nicks prefers the current model, which he says helps increase diversity in hiring. The city questioned several times whether that was the case, and advocated on more than one occasion for more managerial discretion. The final contract leaves much of that untouched, except for an AFA concession that will allow firefighters already certified in other jurisdictions to take an expedited training academy.

A key reason why the city wouldn't budge on the transferability aspect was its commitment to a reset. But though the contract language won't change, the city has offered to work within the department to achieve some of the union's goals toward that end. It's less certain than if it were in the contract, said Nicks, but part of what feels to him as an "earnest agreement." 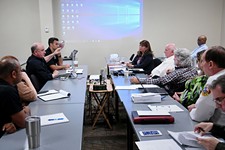