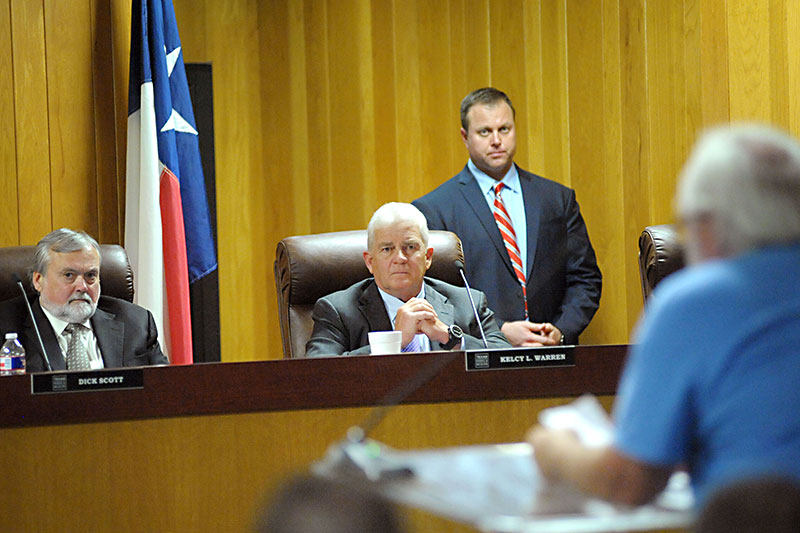 No regular City Council meeting this week (next is Aug. 31), although FY 2018 budget work sessions continue, amid signs of a growing dais split on CodeNEXT, with the next draft scheduled for release just after the budget is approved in mid-September. "Council on CodeNEXT," Aug. 25.

"Terrorism by white supremacists, like what took place in Charlottesville, is a clear and present danger to America's cities," said Mayor Steve Adler, while announcing a joint plan by the U.S. Conference of Mayors and the Anti-Defama­tion League "to fight extremism and bigotry and promote justice and equality." At press time Wednesday, more than 270 mayors had signed the Mayors' Compact, with Adler as its spokesman.

On Wednesday morning, Fran and Dan Keller signed the state comptroller's paperwork to receive $3.4 million in compensation for their 20-plus years of wrongful imprisonment in the notorious Fran's Day Care "satanic ritual child abuse" case. Their convictions were overturned for lack of evidence in 2015; this year Travis County D.A. Margar­et Moore issued a declaration of "actual innocence."

San Marcos' City Council voted this week to jump into the legal fray against anti-immigrant Senate Bill 4, after weeks of pressure from the community. While last week the Council voted not to join San Antonio, Austin, and other cities in their suit challenging the law, it voted unanimously on Tuesday (Aug. 22) to file an amicus brief in support of the suit.

As this issue was going to press on Wed­nes­day evening, Mayor Adler and Impact Hub kicked off the Affordable Housing Accelerator. The three-month program is an attempt to wrangle Austin's housing affordability crisis by uniting, funding, and mentoring selected teams focused on advocacy, efficiency, and financing to somehow keep Austin both weird and affordable.

Council is currently accepting Board of Director applications for the city's new Sobriety Center. The joint project between Austin and Travis County is scheduled to open next year to provide short-term care for residents who'd otherwise be arrested for public intoxication. Applicants must be at least 18, and a resident of both the city and county. Deadline to apply is 5pm, Friday, Sept. 22.

Trump's Austin Attorney? The Statesman scooped on Wednesday that John Bash, a White House legal adviser who previously clerked for Antonin Scalia, is expected to replace acting U.S. Attorney Richard Durbin in the Western District of Texas, which includes Austin.

A federal judge on Wednesday issued a permanent injunction to stop Texas from enforcing its voter ID law, passed in 2011, which courts have repeatedly deemed was "enacted with discriminatory intent" against African-Americans and Hispanics. Attorney General Ken Paxton said he plans to appeal the ruling.