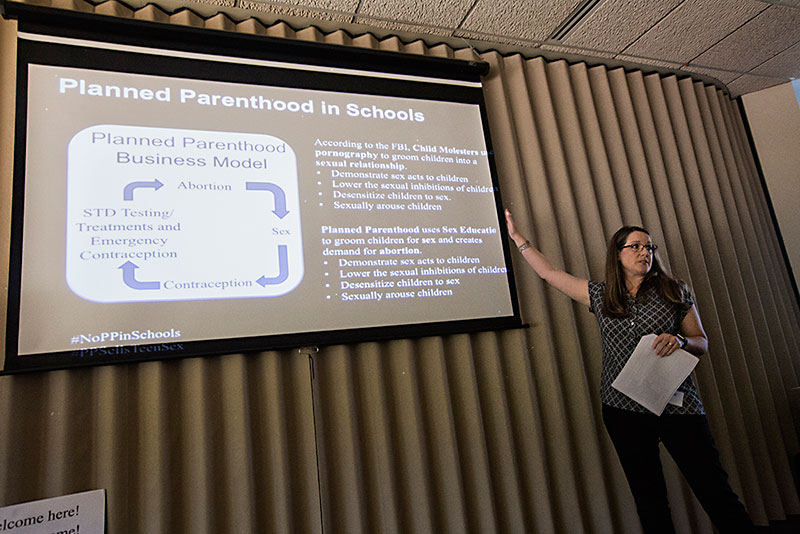 Concerned Parents of Austin, a newly formed religious extremist group, has spent much of the summer pressuring the Austin Independent School District to terminate its Welcoming Schools program – a professional development training program created by the Human Rights Campaign to help teachers and classroom staff support children with diverse families, and decrease bullying of queer and transgender kids in elementary school. AISD was the first school district in the state to implement this program, in 2014. It's currently offered in 23 elementary schools and one middle school.

CPA believes this program promotes the "LGBT agenda" to Austin's youngest students (and expresses that opinion bluntly on its website). The group calls itself a "subgroup" of Mass Resistance Texas, a statewide anti-LGBTQ blog. Judging from their own site, CPA formed sometime this summer to directly target Wel­com­ing Schools and AISD's sexual education curriculum. In addition to believing the school system advocates for children to "experiment to see what 'feels right,' nevermind the risks," the group is also convinced that AISD is teaching a "radical sex education agenda" pushed onto schools by the likes of Planned Parenthood.

So it's no wonder CPA considered it a victory when their blog reported on Aug. 3 that AISD SEL (social-emotional learning curriculum) Director Pete Price had told the group that the district was "planning to replace the Welcoming Schools anti-bullying program with a broader program developed within house" called All Are Welcome. The new program, the blog said, "will be focused on fostering inclusiveness for ALL" AISD students. "Hopefully, that includes Christ­ians and those with traditional values!"

Right now it's unclear just exactly what All Are Welcome will offer. AISD spokesperson Tiffany Young said Tuesday that administrators are hoping to roll out the expanded program this spring, and to include sessions on race, culture, and religion. And unlike the current program, All Are Welcome will also be available for middle and high school faculty. "We're committed to creating an inclusive environment where all students are welcomed, embraced, and supported – no matter their backgrounds," said Yasmin Wagner, the trustee from District 7. Teachers and staff who received the Welcoming Schools training won't be leaving (or told to forget the lessons), and any materials brought into schools won't be expunged. Wagner said AISD will continue to celebrate diversity, and that any pre-existing celebrations of holidays and social events will remain in place – including the district's Pride Week celebration in October.

You wouldn't know that from the vibe at CPA's first public meeting, held Saturday, Aug. 12, at the Pleasant Hill library – where, among other absurdities, former AISD pre-school teacher Caryl Ayala announced to the crowd of 70 that Bernice Kiker Elementary, in Circle C, had "removed their [Welcoming Schools program] due to parent input." (Wagner later disputed Ayala's announcement as "as far away from the truth as you can get." On Wednesday, AISD Chief Officer for Teach­ing & Learning Edmund Oropez said the school has put its own spin on Welcoming Schools with a program called "Kindness, Dignity, and Respect.")

But back at the meeting, the gloves were off. Jen Delgado, a mother whose children are not yet enrolled in AISD, followed with a brief history of the sexual revolution, dating back to Karl Marx. And Debbie Simons, who said her kids don't even go to AISD, said she was asked to address the group on how would-be concerned parents should get involved in their schools' health advisory councils to help monitor which programs schools put into place. She put the big puzzle pieces together: CPA feels that teaching young children about the existence of LGBTQ folks directly leads to teaching children about sex. Simons confirmed during a Q&A session that she believes the "definition of the letters in the words are sexual terms," in reference to the L, G, B, T, and Q.

Attendees seemed evenly split between CPA supporters and their opposition. Several parents voiced support of AISD's sex ed curriculum, and Welcoming Schools. As does Ed Scruggs, a former City Council candidate and Circle C resident whose three daughters all attended Kiker, who said this week that while he did not attend Saturday's meeting, he's one of many parents concerned about Concerned Parents. Kiker, said Scruggs, "fosters respect for others, and the classroom has always been a safe, age appropriate environment." He said he has faith in AISD continuing to support LGBTQ kids in the classrooms and beyond.

A version of this article appeared in print on August 18, 2017 with the headline: The “LGBT Agenda”