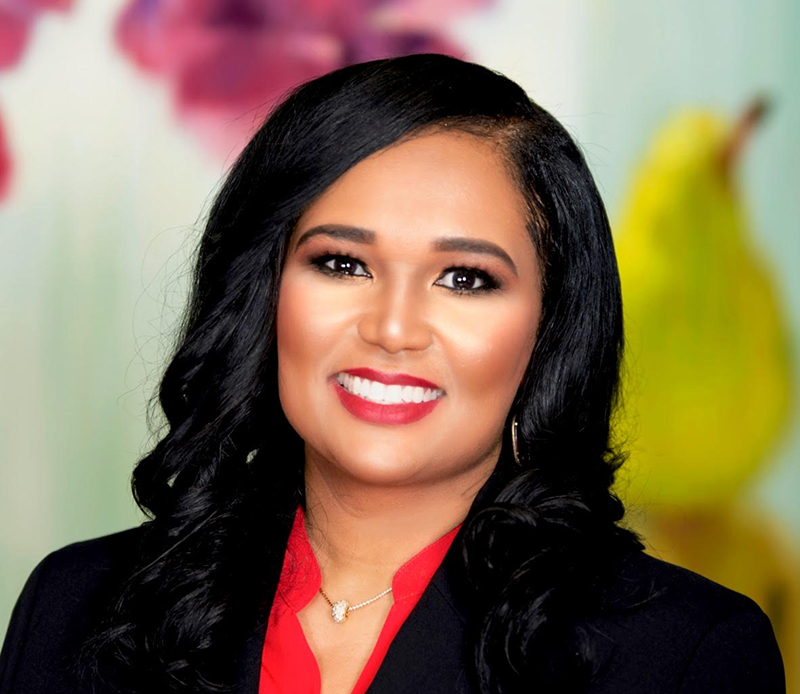 Rep. Shawn Thierry, D-Houston, almost lost her life in 2012. When in the delivery room about to give birth to her daughter, the jovial laughter between her and her doctors quickly took a dramatic turn, as the shock of "excruciating" pain radiated throughout her body, a side effect of an epidural. She begged to be put under anesthesia. "My heart felt like it was about to beat right out of me," an emotional Thierry recently shared with her House colleagues for the first time. "I felt if I stayed awake another moment longer, there's no way I would survive. I was in too much pain."

Doctors performed an emergency C-sec­tion and delivered her baby safely. But her happy ending isn't the case for hundreds of new Texas mothers, who statistics show are dying at an alarming pace. The maternal mortality rate in Texas nearly doubled from 2010 to 2014, reported a startling 2016 article from the Obstetrics and Gynecology journal. The state's own Maternal Mor­tal­ity and Morbidity Task Force bolstered the findings, showing that between 2011 and 2012, 189 Texas mothers died less than a year after giving birth, with the top three reasons stemming from heart disease, drug overdose, and high blood pressure. Black women, the study found, face the greatest risk for maternal mortality.

"I certainly didn't know that I was three times more likely to die by virtue of being African-American," said Thierry. "No woman who chooses to bear life in Texas should ever do so in exchange for her own."

Her experience as a black mother coupled with the damning studies compelled Thierry to champion addressing maternal mortality during the spring's regular legislative session. However, petty political gamesmanship by the far-right "pro-life" Freedom Caucus helped derail her bill. The Lege didn't even bother extending the task force, setting it on track to collapse by 2019. The inaction and complacency toward the health and safety of new mothers elicited statewide and national rebuke. Thierry quickly drafted a letter to Gov. Greg Abbott imploring him to include maternal mortality on his special session call. The issue made it to the agenda, granting legislators a second shot at addressing the elephant in the room when it comes to women's health – this time with the added pressure of the glaring problem's high profile outside the big dome.

Three weeks into the monthlong special session, progress is actually being made. In late July, the Senate passed SB 17 by Sen. Lois Kolkhorst, R-Brenham, which would extend the life of the task force through 2023. And in early August, the House ushered along a similar bill, HB 9 by Rep. Cindy Burkett, R-Sunny­vale, plus three complimentary bills (HBs 10, 11, and 28) addressing maternal mortality. Notably, Thierry did not author the anchor legislation – a Republican legislator did. She did, however, manage to pass HB 11, which calls for a comprehensive examination of the data, including a specific look at race's disproportionate role in the deaths; socioeconomic and mental health factors of the new mothers; and a review of how other states (such as California) have reversed their dire rates. The Legislature has until Wednesday, Aug. 16, for these bills to reach the opposite chamber.

Yet, even with that progress, the Lege continues skirting around ways to tangibly safeguard new mothers, forgoing perhaps the most effective methods to reduce the staggering death rate. For instance, the task force strongly recommends increasing access to Medicaid from 60 days to one year after childbirth, as the majority of the maternal deaths reviewed occurred after 60 days. Sen. José Rodriguez, D-El Paso, hoped to see that come to fruition with an amendment to SB 17, but it failed, with Kolkhorst citing "fiscal" reasons. Deneen Robinson, program director of the Afiya Center, a reproductive justice group focused on the lives of black women, told the Chronicle she's pleased with the progress on maternal mortality during the special session, but would've liked to see more action on widening health services such as Medicaid, especially in a state with the highest number of uninsured residents in the nation. Robinson, who helped draft Thierry's bill, said bluntly that Texas Republicans "don't want to have a conversation about expanding Medicaid."

While the task force encourages increased health access as a remedy to the grim trend, the reality is that Texas Republicans have continually operated in the diametric opposite of those recommendations, crippling women's health care – and opportunity for post-natal care – at every turn: More than 80 family planning clinics shuttered due to politically motivated legislative budget cuts, and today nearly 45,000 fewer women are served by the Healthy Texas Women program than before 2011, when the state kicked out Planned Parenthood. To truly combat maternal mortality, legislators would need to seriously make women's health care a priority, devoid of politics – a likely unthinkable task for the ideological, anti-choice-at-all-costs crew.

Amid the shortcomings, advocates like Robinson are grateful for the Lege's current headway on the life-or-death problem. "The way this issue was treated during the regular session was a total disappointment," she said. "But it's been a huge win during special session, so far. That provides us with some hope that our concerns will actually be heard."