Combatting Overcrowding at the Austin Resource Center for the Homeless 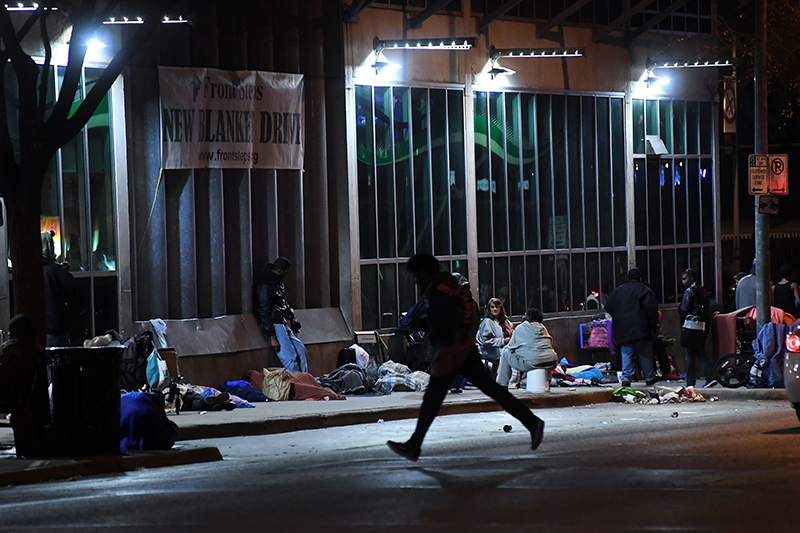 The scene outside the ARCH in January (Photo by John Anderson)

The city's efforts to get a grip on overcrowding around the Austin Resource Center for the Homeless (ARCH) continues this week beyond Council's efforts to identify new options for emergency shelter (see "Council: When the Mayor's Away ...," Aug. 11). On Tuesday, Aug. 15, as part of a 30-day pilot program, APD's Downtown Area Command will rev up its beat patrol presence around the East Seventh and Neches hub. DAC Commander Justin Newsom told the Chronicle that the department hasn't yet decided how many officers it will assign to the ARCH, but the goal is a "24/7 presence" for the pilot's 30 days. (This also entails a continuation, and perhaps increase, of APD's "frequent and ongoing" anti-drug initiatives, which target dealers, though Newsom politely declined to detail those efforts. On Wednesday, APD issued a press release announcing the federal indictment of six people – four in Austin, and two in Houston – for conspiracy and possession with intent to distribute synthetic cannabinoids/money laundering, the result of two separate investigations into subjects responsible for manufacutring thousands of bags worth of K2, or "spice.") ARCH passersby should also expect to see new lighting around the building; temporary spotlight trailers are going up on the west and south sides. And the Downtown Austin Alliance is coordinating temporary restrooms (porta-potties) for those milling about outside.

In that same vein, Caritas, the ARCH, and ECHO (the Ending Community Homeless Coalition) have been working to "transform how, when, and where food is distributed, to prevent those experiencing homeless from being targeted by criminal predators." Caritas Executive Director Jo Kathryn Quinn told the Chronicle that that will immediately include moving Caritas' daily lunch service across the street to the ARCH, where only those sleeping at the center "or actively involved in services with Caritas of Austin" will be eligible for meals. The Salvation Army will continue serving three meals a day to those staying at that facility, and fliers have been distributed suggesting options for breakfast and alternative lunch meals. "While food is an important service provided in this area, it should not be the sole reason for people congregating at Seventh and Neches," said Quinn. "We hope to better learn who is utilizing existing food services during the pilot to ensure that we are indeed focusing on serving our target population, which is people experiencing homelessness."

A version of this article appeared in print on August 11, 2017 with the headline: A Few More Pieces to the Downtown Puzzle 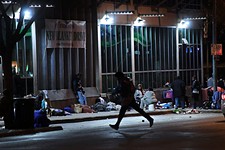