Taking stock of the week that was 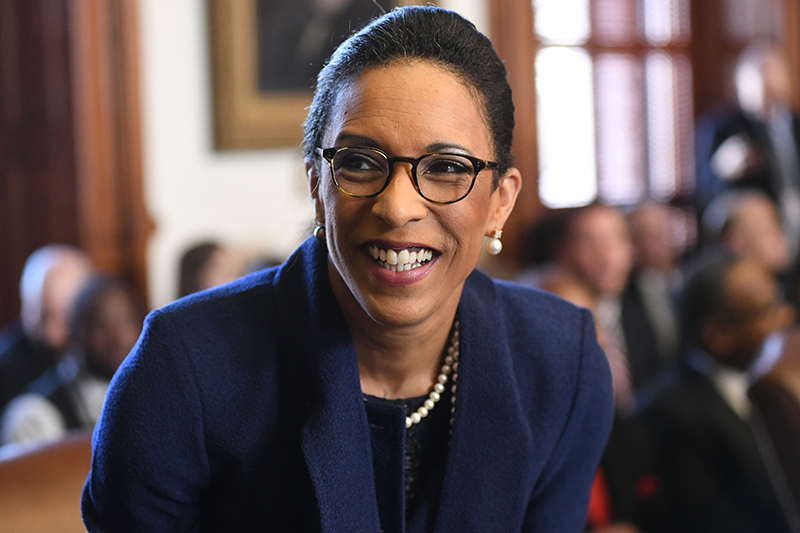 • The die is seemingly cast for the remaining days of the session: The Senate will speed out legislation, and the House will proceed at its own pace. With only 14 days remaining, it seems unlikely Gov. Greg Abbott can get his full 20-point agenda through. But there is increasing speculation of how the state's big three – Abbott, Lt. Gov. Dan Patrick, and Speaker Joe Straus – can all claim some kind of victory. Straus will be able to say that he blocked extreme measures unpopular with local governments and big business; Patrick will take credit for passing bills out of the Senate, then blame the "liberal" House for their failure to do the same; and Abbott can say he stands by his agenda, then blame legislators for its failure. – Richard Whittaker

• The House has now approved the special's two must-pass items. The sunset bill for the Texas Medical Board and other therapeutic bodies passed last week, and on July 31, members unanimously approved a raft of bills extending the life and remit of the Maternal Mortality and Morbidity Task Force beyond 2019. The only dissent came when perennial troublemaker Rep. Jonathan Stickland, R-Bedford, balked at an amendment by Rep. Victoria Neave, D-Dallas, to include domestic violence on the list to be examined. That effort failed, the amendment was adopted, and the bills now head to the Senate. – R.W.

• On July 28, the House approved a bill that would require doctors and health care facilities to increase the frequency of abortion complication reporting, a strict measure pro-choice advocates say is an attempt to burden already strained providers and chip away at patient and doctor privacy. Under HB 13 from Rep. Gio­vanni Capriglione, R-Southlake, doctors must report to the health department within three days with personal, detailed information, including the patient's race and marital status. Violations incur a $500 fine per day. The Senate already approved its counterpart, SB 10 by Sen. Donna Campbell, R-New Braunfels. – Mary Tuma

• When the special session started, Abbott said that if lawmakers failed to pass any particular bill, it would be for lack of will, not time. That was broadly read as his signal that he was not interested in calling legislators back for another special. With controversial measures like the bathroom bill seemingly on life support and nowhere near consensus, it looked like lawmakers were taking him up on his offer. However, there is speculation that Abbott may double down on one issue: that of limiting local government spending. On July 26, the Senate passed SB 1, restricting total property taxes collected to 4% (or 8% for entities collecting less than $20 million a year in property and sales taxes). It's currently awaiting a first reading and committee hearing in the House, but House members are starting to suspect this is the one big win Abbott wants to present to small-government conservatives. But without some major concessions to ensure, if not buy-in, at least reduced opposition from cities and counties, it could be a tough sell with only two weeks left in the special. If Abbott is serious, its failure could trigger a second session. – R.W.

• Some lawmakers hope Abbott will give them at least one bit of extra business. On July 28, Rep. Matt Krause, R-Ft. Worth, formally requested that the governor add funding for pediatric acute therapy to the agenda. Funding was cut in 2015, and only partially restored during this year's regular session; now Krause wants Abbott to let lawmakers fill the devastating hole that the cuts left. There's already a bill filed to do this: HB 25 by Rep. Sarah Davis, R-West University Place, pulls down $70 million from the state's Rainy Day Fund, in turn unlocking $93 million in federal matching funds. But unless Abbott adds it to the call, the issue would not be germane, thereby barred from lawmaker discussion. – R.W.

• Rep. Dawnna Dukes, D-Pflugerville, failed to respond to a plea deal from Travis County District Attorney Margaret Moore that could have quashed her 15 felony charges relating to allegations of abuse of office, so long as she quit the Legislature, paid outstanding fines, and submitted to drug testing and counseling. The deal expired at close of business on Tuesday, Aug. 1, and Dukes now looks forward to an Oct. 16 trial date. With Dukes so openly isolated from both the Travis County delegation and her constituents, there is widespread speculation about who is giving her legal advice. Her original lawyer, Michael Heiskell, left the case in January, to be replaced by Houston attorneys Shaun Clarke and Dale Ball and Austinite Matt Shrum. Last week, Clarke and Ball asked the court's permission to withdraw, and hand everything over to Shrum, but Shrum said he was already off the case. Now Dukes is being represented by a fellow state rep, Brownsville Democrat René Oliveira. – R.W.