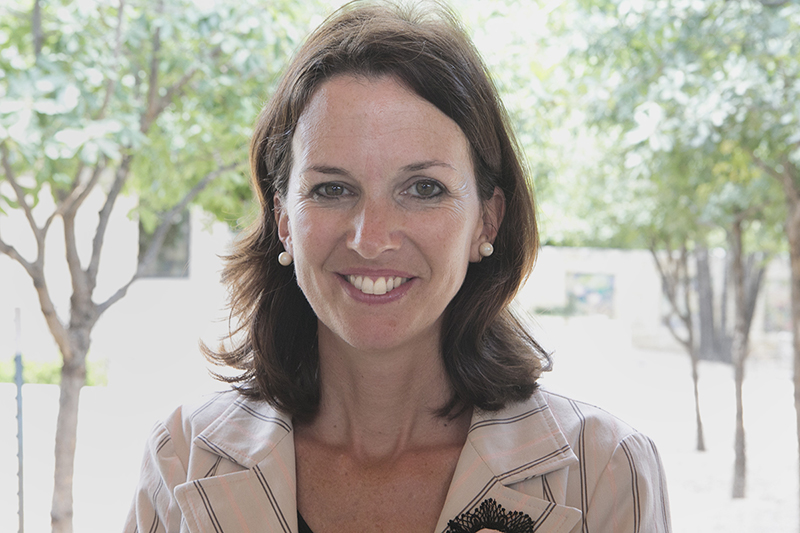 Since 1973, the Planned Parenthood clinic on the corner of East Seventh and Chicon has stood as a valuable health resource to generations of Austinites. The city-owned building gets leased to the clinic for a nominal fee – $1 a year – an arrangement approved by City Council that allows the provider to focus its costs on serving the community. But currently, in the name of eradicating abortion care, anti-choice lawmakers are threatening its future with a pair of bills that bar city and county government contracts – such as lease agreements – with abortion clinics or their affiliates. The Senate, cherry-picking how it values local control, sped through Georgetown Sen. Charles Schwertner's SB 4, while House counterpart HB 14 by Rep. Drew Springer, R-Muenster, sits at the House's doorstep. SB 4 still needs approval from the House before it becomes law.

Schwertner has identified the Seventh Street Planned Par­enthood as "the most pointed example" of what his bill would impact. But here's the big, glaring, hypocritical problem: That Planned Parenthood doesn't offer abortion care. It offers basic preventive health care – including services that help reduce unplanned pregnancy and abortion. In fact, even if it did offer abortion, state and federal law already prohibit taxpayer funding from going toward the procedure. (Anti-choice activists, calling out Travis County specifically, clamored that Austin "subsidizes abortion" – a wholly false assertion.) Instead, the legislation could strip thousands in the Austin community of access to birth control, STD and HIV testing, cervical cancer screenings, and breast exams. Annually, more than 5,000 Austin residents, typically living paycheck to paycheck and paying out-of-pocket for health care, visit the Downtown location, with the majority opting for birth control and STD/HIV testing services.

Sarah Wheat, the chief external affairs officer at Planned Parenthood of Greater Texas, told the Chronicle: "We are stunned that this would be a priority for the Legislature. We are incredibly concerned about the low-income and uninsured residents that visit our clinic and how these bills will further shred the health safety net for women." On Aug. 1, May­or Steve Adler, along with the mayors of Dallas, Houston, and San Antonio, sent a letter to House Speaker Joe Straus urging him to halt HB 14, calling it "devastating" to local communities. "By restricting local resources, the state would jeopardize the health and well-being of our citizens," the mayors wrote.

Vaguely worded, the bills also carry wide implications for all local communities. For example, Houston Sen. Sylvia Garcia has noted that if county health departments could no longer support residents in the event of a Zika outbreak, Planned Parenthood (which screens for Zika) wouldn't be able to step in to help. Schwertner agreed with his colleague during a debate on the Senate floor. Garcia continued: "I'm trying to understand why you're attacking the other things women depend on and trying to pull the rug out from under their feet." In Austin, Planned Parenthood and the city have partnered on teen pregnancy education and prevention, an agreement that could also fall into jeopardy. Wheat said, "The bill is written so broadly that it's hard to tell the full extent of how it could limit the work we do in local communities."

Schwertner has consistently insisted that he isn't painting a bull's-eye specifically on Planned Parenthood, but 45 minutes before the Senate voted on SB 4 he let his guard down with a tweet. "Now taking up #SB4," he wrote, "my bill to #DefundPP and keep cities and counties from using public funds to support abortion." Thankfully, some senators were paying attention. "I think we all know this bill is about further restricting abortion access and defunding Planned Parent­hood – contrary to some efforts to avoid saying that," said Sen. Kirk Watson, D-Austin, before offering an amendment to protect basic preventive services like the ones offered at Seventh Street. "Let's not let politics get in the way of saving the lives of women with cancer and other conditions and ensure they can get the health care they need."

And with that, the "pro-life" contingent killed the measure and the bill sailed through shortly afterward.

A version of this article appeared in print on August 4, 2017 with the headline: Bad Bull's-eye on Planned Parenthood 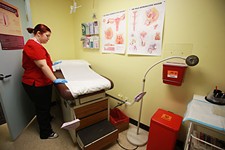