All This & Budget Too 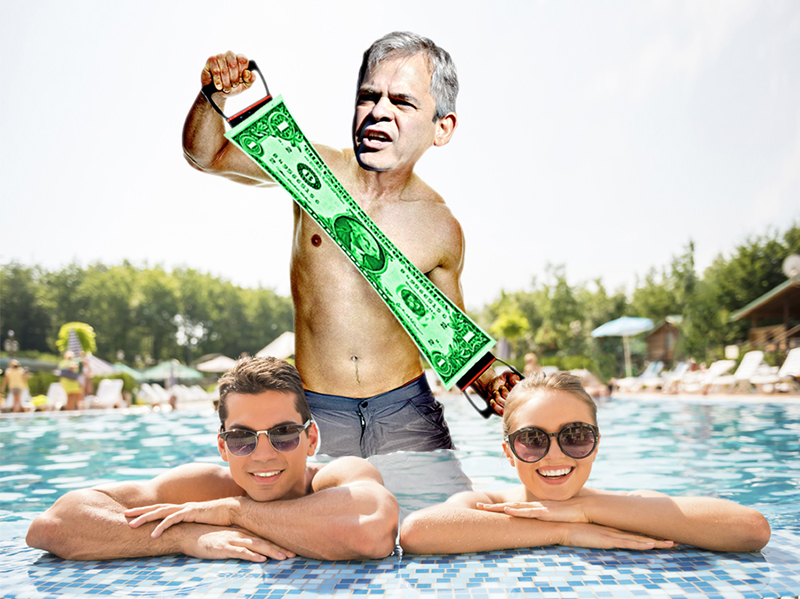 After the high-summer break – and with the dog days still barking – City Council returned noses to the agenda grindstones this week, beginning with Tuesday's work session, the FY 2018 budget presentation Wednesday, and today's regular meeting, Aug. 3. Today's agenda carries a daunting 120 Items – although that's a bit misleading, because a dozen will simply set hearings (for later headaches), most of the Council's own proposals are innocuous event fee waivers, and there are three dozen zoning Items likely to be winnowed by consent votes and postponements.

That said, zoning discussions can grow like Topsy, and there are always improvised explosive items lying elsewhere in the weeds. One of today's potential candidates would have been Item 118 – to eliminate the supermajority voting requirement for the Historic Landmark Commission to overrule a property owner's objection to a historic designation – but due to a posting error, staff has requested a postponement to Aug. 31.

Some council members may want to look closely at Item 3, a big-ticket ($45 million) low-interest loan from the state's Water Development Board, although it's over a 20-year term for water and wastewater improvements long contemplated in the city's infrastructure plans. There will be at least ceremonial acknowledgment of the renaming of Water Treatment Plant No. 4 in honor of Berl Handcox, Austin's first elected African-American council member (1971) after desegregation, who lives in District 6, home to WTP4. And there may be passing grumbling over Item 14, another $75,000 for the appeal defense of the city against former CM Don Zim­mer­man's campaign finance lawsuit.

None of these matters came up in Tues­day's work session, where the lion's share of agitation was over the Aquatics Master Plan, briefed by Acting Parks and Rec Department Director Kim McNeeley and then battered about by various CMs for a couple of hours. The media version of the report headlined potential pool closings, and a Parks commissioner (Rick Cofer) brooded about a potential "Hunger Games" of neighborhood vs. neighborhood defending their pools.

McNeeley's report was unsentimentally blunt: To maintain Austin's current and generous (by Texas standards) pool system would mean at least a $136 million investment in repairs and maintenance; a somewhat reduced system will cost an estimated $96 million – and Parks and Rec currently has about $450,000 in the capital kitty for pools. Left unspecified are which pools would survive a potential "decommissioning" triage, and several council members bristled against any master plan without that knowledge in hand.

Mayor Pro Tem Kathie Tovo (absent Tuesday) is reportedly crafting a resolution to postpone any Council decision pending further public input, and CM Ann Kitchen gamely suggested that given the voters' recent enthusiasm for $720 million on mobility, there might be sufficient support next year for a swimming pool bond. Although not on the next couple of Council agendas, the Swimming Pool Commisera­tion is certain to return.

Only a couple of proclamations today, and the musical honorees are the Inside Out Steelband – always a highlight.