Are the gun nuts gonna get rid of permits, or what? 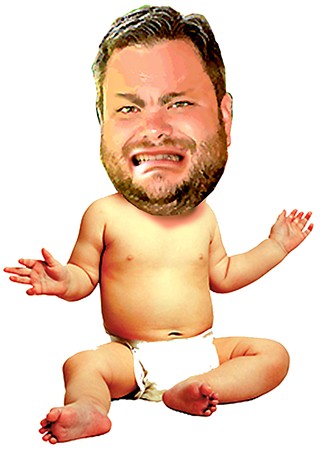 John Stickland as seen by some

Though there was much bluster on the part of Bedford Republican Rep. Jonathan Stickland, the Lege's 85th regular session did not see the approval of any constitutional carry bill. Stick's House Bill 375 would have stripped the permit requirement for gun owners, long a pie-in-the-sky target for a chunk of the gun rights community. Gov. Greg Abbott did sign into law a measure that will slash the license fee during the regular session, but the real prize – turning Texas into the 11th constitutional carry state – continued to elude Stickland and his allies. But that doesn't mean he's not planning to continue trying. On June 6, the firebrand tweeted: "Just in case any of you were wondering, I'm filing constitutional carry on day 1" of the special session – even though the measure was not one of Abbott's stated objectives. Since then, Stickland's gone quiet on the issue, turning his Twitter feed back to tax reform and other issues. Even with state legislators filing bills this week, his office has not, and as of press time, no one over there has responded to the Chron­icle's request for comment. Michael Cargill, executive director of Texans for Accountable Government, stood alongside Stickland at a press conference in late January when the state rep initially pitched HB 375. Cargill said he expects to see Stickland's bill again, and also advised to keep an eye out for HB 1911 from Rep. James White, R-Hillister. That bill allows residents 21 and older to carry a firearm without a permit, assuming they meet the state's concealed handgun license eligibility requirements. Unlike Stickland's effort, HB 1911 actually passed the Homeland Security & Public Safety Committee before languishing in Calendars. "The gun community is split on this," explained Cargill. There's been speculation that the bill's language would affect eligibility requirements, and therefore reciprocity agreements with other states, causing states that currently allow Texas license holders to carry in their jurisdictions to re-examine those policies. Cargill said he believes any new version of HB 1911 would address that problem.