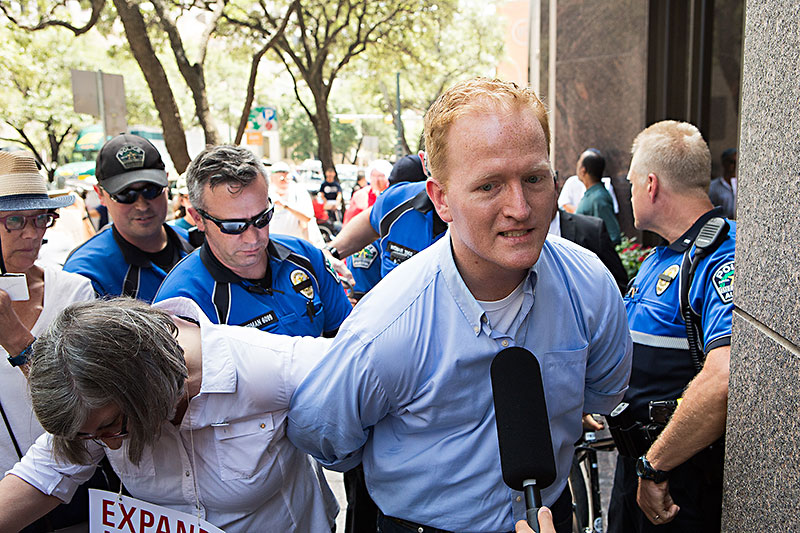 The Downtown real estate boys finally got their reward for successfully opposing the 2015 bond to underwrite a new civil and family courthouse at Third & Guadalupe. This week Travis County announced a 99-year ground lease to develop the county-owned property, for $430 million in lease payments over the next century, including an initial $13.4 million payment at the July 12 closing.

In a farewell message to Council colleagues (on break until August), Mayor Steve Adler proposed a "task force on displacement" – an effort to identify the primary causes of folks being "displaced" from their homes by rising costs (or other factors), and to develop "anti-displacement" policies. "Displaced Person? Call the Task Force," July 14.

Speak Now or … The deadline for public comment on the proposed CodeNEXT Affordability Incentives is Friday, July 14. Feedback received after the deadline will not be incorporated into draft two (expected in September), but will go directly to the Planning Commission, Zoning & Platting Com­mis­sion, and City Council for consideration.

Rock On Austin's Music & Entertainment Division has a new manager: Erica Shamaly, until recently the director of marketing for ACL Live at the Moody Theater. Shamaly succeeds Don Pitts, who resigned from the post in February. News of Shamaly's hire came Monday at the monthly Music Commission meeting. She begins work on July 24.

Bakari Henderson, Austin resident and former intern to House Speaker Joe Straus, was killed in a bar fight on the Greek island of Zakynthos on July 7. The vacationing 22-year-old died in an area hospital. Seven Serbian nationals and one Greek were arrested following the attack, reported the Washington Post.

Smart Enough to Die? The 5th Circuit Court of Appeals remanded death row inmate Scott Panetti's case to a Texas federal court, where he'll get a full mental health evaluation to determine if he's competent to stand execution. Panetti murdered his in-laws in Fredericksburg in 1992 – but even before then had shown clear signs of severe mental illness.

President Trump nominated former Texas Comptroller Susan Combs to be assistant secretary for policy, management, and budget for the Department of the Interior on Monday.