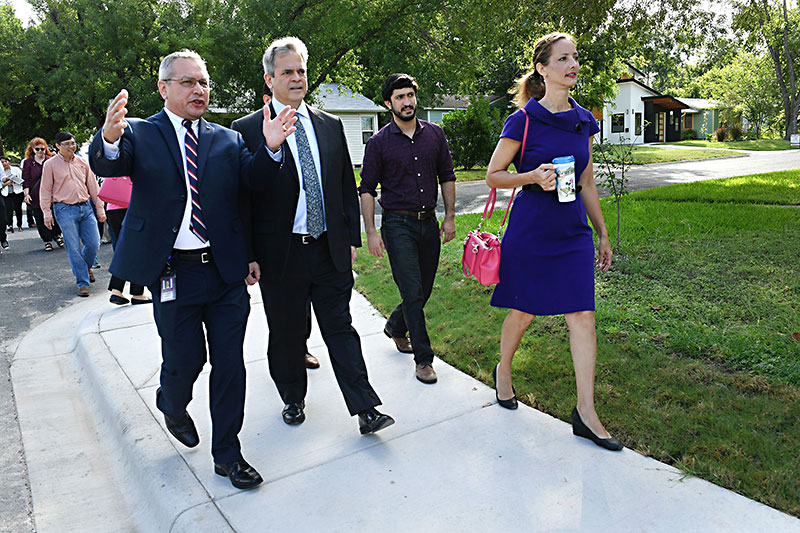 Council's Vacation Continues: There's no regular City Council meeting this week. Members are on their July break, and don't return to the dais for Thursday meetings until Aug. 3.

State lawmakers are also cramming a little vacation time in before they return to Austin on July 18 for the special legislative session.

Good news for legal wonks: Texas' Court of Criminal Appeals will begin mounting video cameras inside its Downtown courtroom this year, with oral arguments to be either streamed live or archived and viewable at a later date. (The court is still working out that issue.) The change in procedure is the result of the recently signed into law House Bill 214, by Rep. Terry Canales, D-Edinburg.

A Trump-created panel has requested that states release public voting data so they can get to the bottom of the president's unsubstantiated claim that millions of residents voted illegally in 2016. Concerned about privacy, 44 states have refused to fully comply. Texas Secretary of State Rolando Pablos said the state will comply only by sending info that's already public under state law.

Austin B-Cycle expands, adding three stations to its stable this week, part of an 18-station, 125-bike expansion over the next 18 months. The new stations are at Cesar Chavez & Con­gress, Sterzing & Barton Springs, and on Henderson between Sixth & Ninth streets. Locations for the other 15 new stations are not yet finalized.

Across the Pond: Ready for a nonstop to London? This week Norwegian Airlines announced nonstop service from ABIA to Gatwick Airport, beginning March 27, 2018, and currently advertised at a base fare of $250 one-way, three days per week.