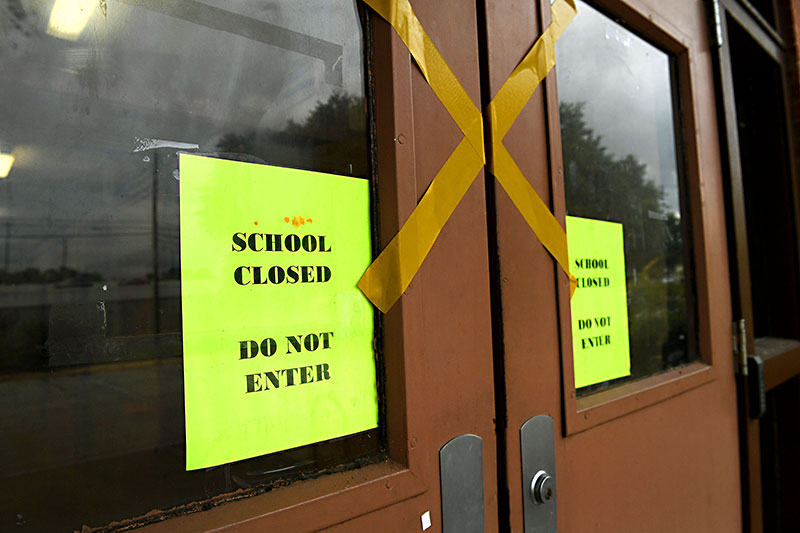 With the last-minute addition of a new middle school for the Mueller development, Austin Independent School District trustees voted on Monday to ask voters to approve a $1.05 billion bond package in the November general election.

The package includes major renovations and new construction at 16 campuses around the district, including a massive switch that trustees hope will revolutionize high school education in East Austin. Eastside Memorial will move to a new school on the historic L.C. Anderson campus; the Liberal Arts and Science Academy will take over the current Eastside campus (formerly Johnston High); and LBJ High will expand its second floor, currently occupied by LASA, as well as its planned medical college early prep program (see "AISD's Big Balancing Act," June 23).

The bond proposal represents phase one of a 25-year plan to update and renovate AISD's aging campuses and relieve overcrowding. On Monday, Board President Kendall Pace repeated that establishing that need, and winnowing projects for this first bond, has been a two-part process. Reiterating a metaphor heard throughout this discussion, District 2 Trustee Jayme Mathias reminded his colleagues: "We have $5 billion of rocks that we're trying to fit into a $1 billion jar."

The Mueller addition actually brings the total value of projects to $1.13 billion. However, the district will only need to issue $1.05 billion in bonds for this cycle. It still holds roughly $43 million in contingency funds from the 2008 and 2013 bond packages, and plans to raise at least $40 million from sales of unused facilities. Last week, board members approved the sale for $12 million of 44 acres of excess land in its property portfolio to housing developers, and eight other excess properties are ready for sale or lease. The board has not ruled out the possibility of closures and consolidations at the district's most underenrolled campuses, which could potentially add more property to the slate.

The next step is the Nov. 7 ballot. Under Texas law, school districts must get voter approval before issuing construction bonds. With that approval, they can issue the bonds, and raise the interest and sinking component of the tax rate to cover their repayment. District Chief Financial Officer Nicole Conley Johnson has repeatedly told the board that they could issue up to $1 billion without raising the property tax rate. This was a major issue, because prior calculations going over that magic $1 billion mark meant raising the rate by 2023, and polling showed that support for the bond went from over 70% to only 15% if it meant a tax rate increase. (That doesn't mean tax bills won't go up as property valuations increase, but it does mean the tax rate stays the same.)

However, during last week's board meeting, held June 19, it became quite clear that the board would face increased opposition, and the potential for a "no" vote from District 1 Trustee Ted Gordon, if they did not include a middle school in the Mueller development. That was one of many rocks that had not made it into Mathias' $1 billion jar, but with political pressure rising, trustees instructed administrators to find a tax rate-friendly solution to its inclusion. On Monday, Conley Johnson seemingly squared that circle, winning over the previously apprehensive Gordon, who pledged to strongly support the bond. "I'm not sure I would say that a month ago, but I'm saying this now," he said.

The board also began planning for the possibility that they may underspend during this cycle as well. Trustees unanimously adopted an amendment from Trustee Julie Cowan whereby any contingency funds, rather than being held in reserve until the next bond package, be immediately applied for overcrowding relief in other campuses. Three campuses – Baranoff and Cowan elementaries in Southwest Austin, plus Blazier in Southeast Austin – were highlighted as priorities. However, as there are currently no funds dedicated toward them, the three could turn up as the first stones in the next bond jar. Trustees have not set a date for that yet, but look likely to return with plans to fund the next phase of renovations within the next five years.

This story has been updated to reflect that the school district must get voter approval before issuing a bond, and raising the interest and sinking components of a tax rate to cover repayment, not the maintenance and operations component.

A version of this article appeared in print on June 30, 2017 with the headline: AISD’s Big Bucket