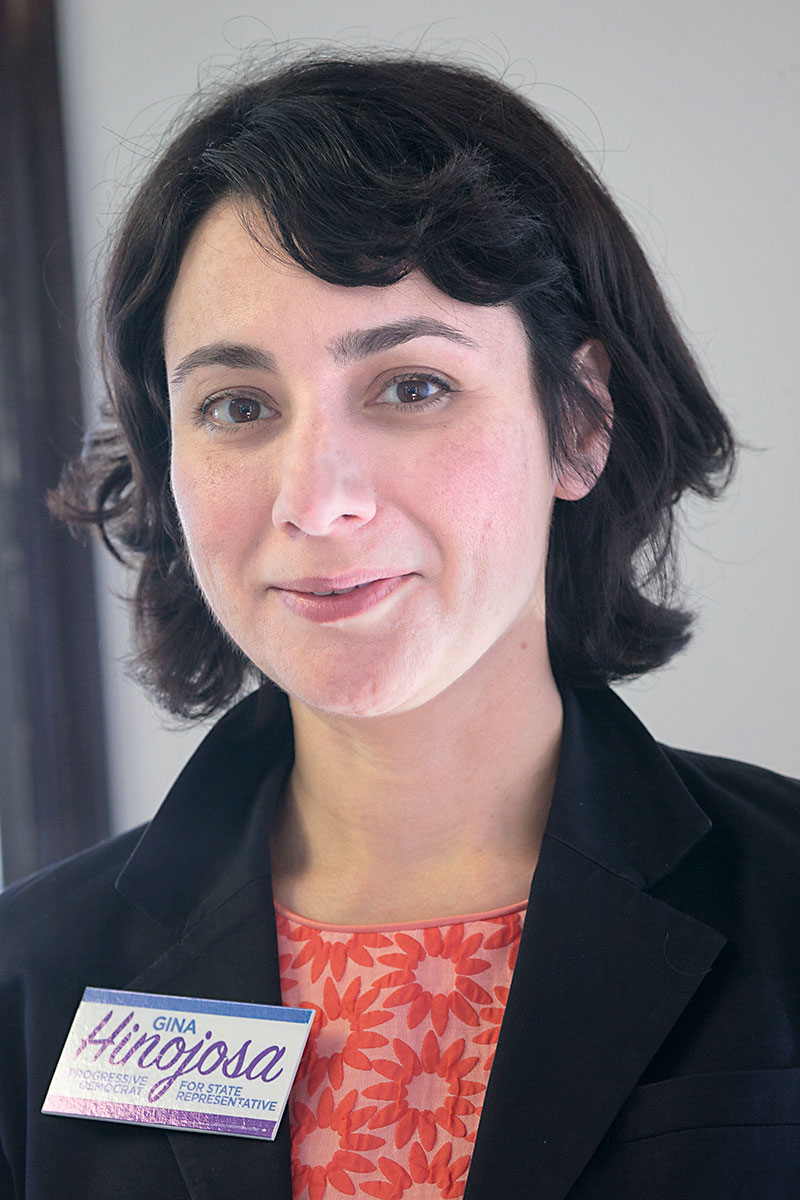 Three weeks ago, local Democratic Rep. Gina Hinojosa had just finished with her first session. It wasn't all bad; Hinojosa got a few bills and resolutions passed. But after the 140-day grind, she said, "I'm just so ready to be home."

Yet that respite was brief. Just a few days before sine die (Monday, May 29), Lt. Gov. Dan Patrick and his lieutenants sabotaged key provisions necessary to keep several state agencies and programs open. Rather than just reconvening the House and Senate for a special session on those essentials, Gov. Greg Abbott added a near-unprecedented 19 additional items to his call. (Lawmakers can't take up the additional issues until the sunset bill is passed. See "Special Session Specs.") And even as a first-term lawmaker, Hino­josa knows what legislative veterans hold as Lege gospel: "30 days isn't enough time to do all this."

Technically, the Texas Legislature only has one constitutionally required task: to pass the budget. However, the state has what are called sunset laws, under which the remit of every agency must be periodically reviewed and renewed. No sunset bill, no state agency – and that's what happened when Patrick's emissaries blocked measures keeping the doors open at such vital offices as the Texas Medical Board.

The clock was ticking. The House and Senate have until Sept. 1 of this year to pass something, or the agency starts winding down and Texas stops licensing doctors. That's why Abbott had to convene a special session, but little else about his announcement makes much sense – other than the belief that Abbott has called a marathon special to placate his lieutenant governor. Rep. Eddie Rodriguez, D-Austin, called the 20 items on the call "Dan Patrick's wish list … and we have a governor who is constantly in fear of Dan Patrick's shadow."

That supposed fear has brought about a lack of consistency from our governor. On June 2, he tweeted out a Houston Chronicle article on the regular session seeing its lowest number of bills passed in two decades, and commented: "This is good." One week later, he was poised in front of news cameras demanding this raft of new legislation, which stretches from the divisive (more family planning restrictions) to the politically motivated (ending payroll deductions for union dues). While there was a broad belief that Abbott would add the bathroom bill to the call, no one expected anything of this scale. Rep. Donna Howard, D-Austin, said, "He thought it was really funny that he surprised everybody this way, and I thought, 'That's a funny thing to say.'"

That's funny-peculiar, not funny ha ha, and lawmakers like Rodriguez don't see anything humorous about what's coming. Back in January, Rodriguez predicted impasse and turmoil within the House and Senate. His concerns proved prophetic when Patrick capsized any hopes for early bicameral bipartisanship, then seemed to manifest in full on the final day of the session, when Rep. Matt Rinaldi, R-Irving, threatened demonstrators and fellow lawmakers by calling U.S. Immigration and Cus­toms Enforcement on them over Senate Bill 4, the hard-line "papers, please" bill. Rodri­guez, who is policy director of the Mexican Amer­ican Legislative Caucus, reflected: "There was no other way that the session could have ended other than the way it ended – other than a near-scuffle on the floor." 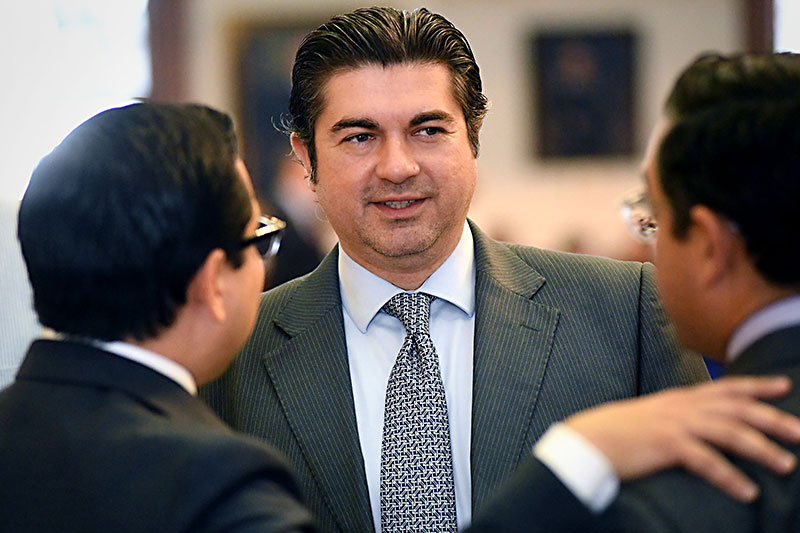 Rodriguez has already endured multiple special sessions. In 2003, his first year in the Lege, then-Governor Rick Perry called special after special on redistricting while Democrats famously broke quorum by fleeing the state to Ardmore, Okla. Slamming this special as "a zombie session" designed to revive legislation already rejected by the House, the local representative said, "I've talked to several Republican lawmakers, and they're furious. And I'm sure all the Democrats are too."

That anger exists not just because of the special's topics, but also the timing – going back to Abbott's announcement. The governor promised a decision on a special by June 2, but missed that deadline by four days, before setting the seemingly arbitrary start date of Tuesday, July 18. That's a full month after his June 18 deadline to veto approved bills from the regular session – as Howard noted, bringing lawmakers back before then meant risking them overturning his vetoes – and right in the middle of both summer vacation and legislative conference season. Many lawmakers were already planning to attend the National Convention of State Legislatures Legislative Summit (Aug. 6-9 in Boston), with some also heading to the annual meeting of the American Legis­lat­ive Exchange Council (July 19-21 in Denver), a powerful right-wing think tank. If Abbott wants a less fractious House on its return, forcibly rewriting travel plans may not prove the best method.

The question now is whether Abbott is really serious about the extended call, or just showboating to fend off a potential primary challenge next year from Patrick.

The not-so-brief interim also means lawmakers will return to their homes just long enough to face the wrath of constituents, either angry the Patrick agenda didn't pass already, or furious that it's returning. On top of that is Abbott's decision to drag lawmakers into his escalating fight with Texas cities by overturning local decision making (see "This Is Austin Bashing on Steroids."). The call stretches from major restrictions, such as crippling city budgets through new tax caps, to needless ones, like making the new and limited texting-while-driving rules the regulatory ceiling, not a floor upon which cities can build. The list even faced accusation of pettiness after Abbott effectively admitted that his attack on local tree protections has a personal history: Years ago when he was attorney general and living in West Austin, he'd gotten crosswise with the city over the Heritage Tree ordinance when he wanted to cut down a pecan tree and renovate (see "Greg Abbott, Tree Killer").

But the biggest threat to localities may be SB 6, Patrick's discriminatory bathroom bill. Local authorities and many lawmakers fear its passage will lead to a business boycott like that which hit North Carolina last year. The NFL, NBA, and Houston Texans owner Bob McNair have already warned against it, while Fox Broad­casting and Disney both look set to relocate productions out of state if it passes. Austin Mayor Steve Adler has fired back at Abbott that a special session should be concentrating on helping, not hindering, the cities that are the state's economic drivers, and should take a serious look at school finance. "Instead," he said, "it looks like we're having a special session about a bathroom bill. Really?" 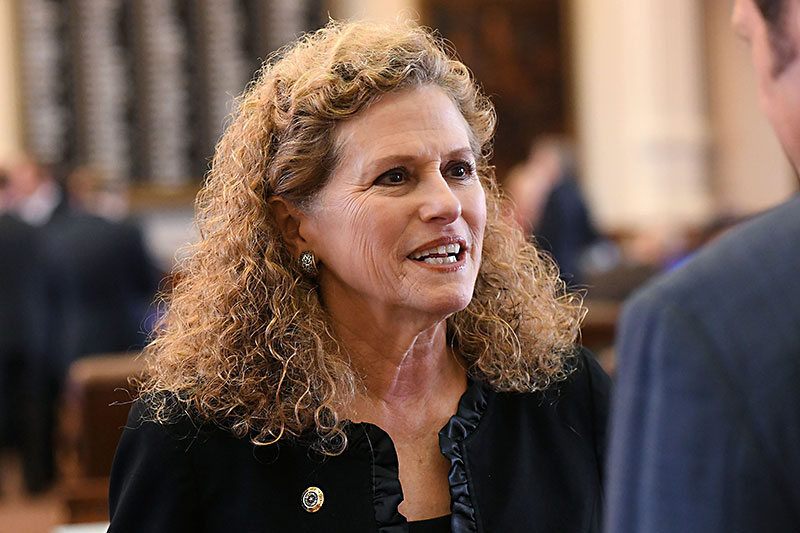 For Hinojosa, the most frustrating items involve Abbott's vague nods toward school finance reform. It was Patrick's team that sank the carefully crafted reforms in HB 21 – the result of two years of negotiations – and now Abbott wants districts to magically raise teacher salaries by $1,000 without raising taxes or any additional state contribution. A former Austin ISD trustee, Hinojosa admitted: "I can't imagine what that one bill would look like."

The overwhelming question now becomes whether Abbott is really serious about the extended call, or just showboating to fend off a potential primary challenge next year from Patrick. The call is five times longer than Abbott's original tally of priority items for the regular session, which made Howard wonder: "Is this a long laundry list just to show that you can create a long laundry list of red-meat items?"

Perhaps. At his initial announcement, Abbott may have given the anti-Patrick House an escape clause, saying that if lawmakers did not pass all 20, it was for lack of will, not time. If Speaker Joe Straus refuses to play ball, Abbott has given no indication that he would call another special. Said Hinojosa: "I think it would be a wise move, and all the House members would love it, if the speaker went, 'We're going to pass the sunset bill, and otherwise, we're part-time legislators and we've done our work.'"

A version of this article appeared in print on June 16, 2017 with the headline: Patrick’s Wish List