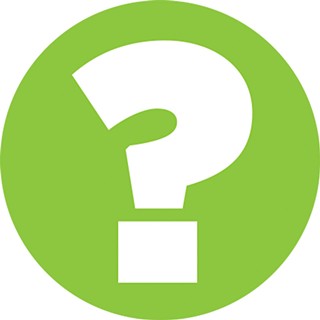 CodeNEXT is the city's effort to rewrite Austin's land develop­ment code (LDC), begun in 2013, which dictates "what, where, and how much can be built" within city limits. The code operates as city law. CodeNEXT – a hybrid LDC – is intended to enact Imagine Austin, the city's comprehensive plan documenting long-term goals like connectability, affordability, and vibrancy, as well as steps toward achieving the desired outcome.

This sounds complicated. Why did the city decide to get rid of Austin's existing land development code?

It is complicated, just like the existing code – which was originally written in the Eighties, when the city's population was about half of what it is today. The code has been amended "hundreds of times" over the past 30 years, according to the spring 2017 Code Draft Preview. A code diagnosis report, released in May 2014, called the current LDC "virtually unusable," due to competing regulations and a lack of clarity and structure. Ideally, CodeNEXT will simplify the code and better address affordable housing, mobility, and dwindling natural resources.

Affordable housing does seem like something Austin should address. How will CodeNEXT do that?

As the consultants have repeatedly warned, the code itself cannot produce deeply affordable housing, given Austin's market pressures and land prices. The new "missing middle" housing types (cottages, ADUs, tiny houses) could provide smaller, somewhat less expensive choices for middle-income residents, though the current maps restrict most of these options to central and central-east ZIP codes. The revamped affordability incentives have yet to be released (the newest date target is June 16), but are unlikely to add more than a few units per project if the past is any guide – while many fear the new code may accelerate teardowns of existing "market affordable" (read: older) housing stock that's the last refuge for the low-wage workers who keep our city going. While the code may help us nibble around the edges, we'll need to look elsewhere for solutions to Austin's growing affordability crisis.

So will the rewrite affect my house?

That depends. At the most basic level, no, zoning changes will not require you to update your home (though even now, if you pull a city permit you may be required to bring certain aspects of your property up to code). Under the current draft, the greatest change will be in the older central and central-east neighborhoods, where a combination of proposed rezonings and on-site parking reductions have many longtime residents feeling skittish. For now, huge sections of West Austin remain relatively untouched, and roughly 24% of the city is expected to remain under the current code (see "A Land Use Lexicon: Legacy Code"). Impacts on property taxes are still a big unknown, though generally speaking, the more you and your neighbors build, the higher your appraisal will be. The CodeNEXT website attempts to answer questions for homeowners, but the real-life impact remains unclear.

This sounds like a slog. Has the CodeNEXT team had any trouble retaining leadership?

Well, yes. From last June through this March, three CodeNEXT leaders resigned from their positions, beginning with the project's executive lead Matt Lewis, who prior to stepping down spent two months on administrative leave as city HR investigated harassment allegations made against him. Project Manager Jim Robertson departed one month later; he accepted a position with the city of Boulder. Most recently, in March, Paul DiGiuseppe, the project's outreach manager responsible for educating the public and stakeholders about the rewrite, took a job in Rhode Island. More than a dozen city departments are working on the project (not to mention the 18-member Code Advisory Group), plus paid consultants working for the Berkeley-based Opticos Design, which has kept code conversations (relatively) on schedule.

And haven't delays been an ongoing issue with CodeNEXT?

It's true. Delays have been somewhat of a constant through the rewrite process – including this week, as the Code Advisory Group (CAG), the Zoning and Platting Commission (ZAP), the Planning Com­mis­sion (PC), and the American Institute of Architects (AIA) Austin were all expected to release reports and additional recommendations by June 7, before the deadline for comments to be incorporated into the second draft of the code, but reports slowly trickled in. ZAP was the only group to meet the deadline – their report was submitted to Council on May 30 and requested the CodeNEXT process be slowed down. AIA released a four-page report of "high-level key findings," early Wed., June 7. The architects' initial findings include inconsistent mapping, overly strict transect regulations, a still "missing middle," and a need to further reduce parking space requirements. Recommendations are offered, but the AIA's full report now won't be released until July 1. Alina Carnahan, head of CodeNEXT's media relations team, confirmed CAG was behind. During their June 4 meeting, CAG covered half of their issue brief, but still have another half to go before putting together their report, which is now expected to be released on June 30. Stephen Oliver, who chairs the Planning Commission, told the Chronicle they too needed more time to supply valuable feedback. Like AIA, Oliver expects PC to release key findings after either their Tue., June 13 or June 27 meetings. The Board of Adjustment also announced Wednesday that their CodeNEXT comments would not be ready and released until the end of the month. Staff indicated at the most recent Council meeting that "there might be a way we could incorporate their comments."

Okay, so who's in charge now?

CodeNEXT is run by the city's Planning and Zon­ing Department, and its director Greg Guernsey serves as executive project lead. Jorge Rousselin has taken on the role of project manager; he's one of two code development leads, along with Jenni­fer Todd. Lead consultants from Opticos include Peter Park and John Miki.