Uber and Lyft Are Back, in Case You Missed Them

Drivers and riders react to return of TNC giants 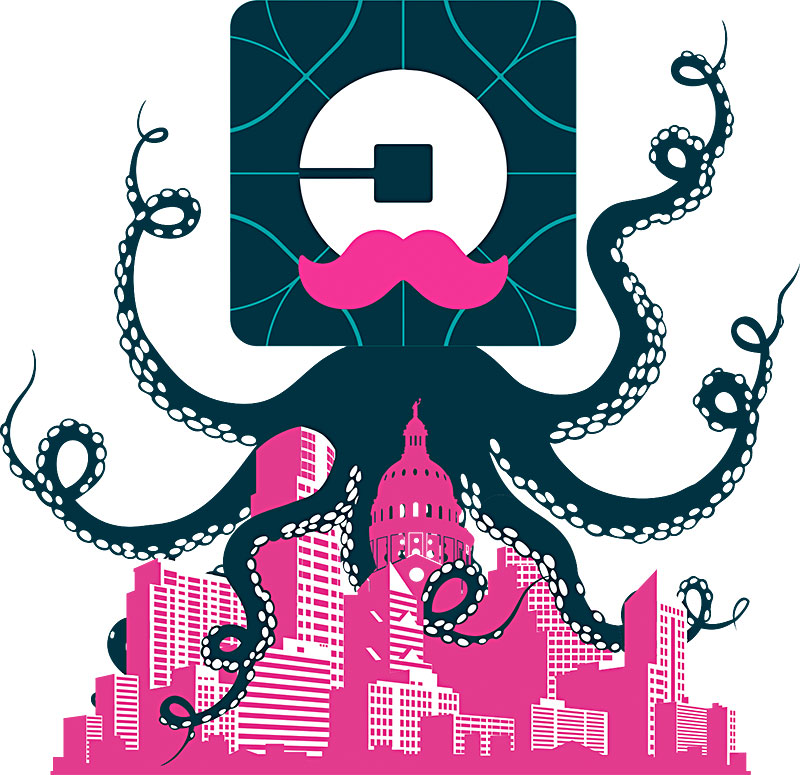 After a little more than a year of self-imposed exile, Uber and Lyft have returned to Austin. Both of the transportation network companies' apps recommenced operations by mid-afternoon on Monday, just after Gov. Greg Abbott's public signing of House Bill 100 cut through the city's regulations and established statewide rules in their stead.

Even before the governor's signature, it was obvious that both companies wanted to pick things up where they left off, when they were the two dominant ridesharing options in town. Uber Texas Communica­tions Manager Travis Considine told the Chronicle: "Austin is an incubator for technology and entrepreneurship, and we are excited to be back in the mix. Our local team is focused on making sure that Uber works for Austinites and helping our driver-partners earn. We know that we have a lot of work to do in the city, and we couldn't be more excited for the road ahead." Consi­dine's company also issued a statement apologizing for its abrupt exit, as well as a number of email blasts to Austin users. Lyft's "Hi Austin, How Are You?" blog post similarly expressed excitement about the return, focusing heavily on its partnership deals with local businesses and with the Health Alliance for Austin Musicians.

The two companies re-emerge into a ground transportation market that looks notably different than it did before they left.

Though drivers and passengers alike have applauded their return, the two companies re-emerge into a ground transportation market that looks notably different than it did before they both left.

Last weekend, Hassan Aruri drove his cab well into the night for the third day in a row. That's how things used to go for the six-year veteran of the city's taxi industry, back when he used to drive for Yellow Cab – before Uber and Lyft infiltrated the market in 2014 and rendered his industry endangered. But Aruri doesn't drive for Yellow Cab anymore. Today, he's on the board of ATX Co-op Taxi, which launched after Uber and Lyft left and now commands an impressive fleet of lime green cabs around the city ("Gang Green," April 28). The co-op now occupies market space with Yellow Cab, Austin Cab, and Lone Star Cab, as well as a fresh slate of alternate transportation network companies – including RideAustin, Fasten, and Fare – that either moved in from other cities or were developed in the months after Uber and Lyft split town.

Aruri told the Chronicle that the co-op is ready for a fight. It will aggressively market to its consumer base, some of whom their board believes aren't currently served by TNCs, and lean on its principles as a co-op, something Aruri hopes will resonate with Austin's values. Co-op drivers once operating at the behest of tenured franchises have grown emboldened with their newfound equity. "Last time they were here, we were nothing but drivers with Yellow Cab and Austin Cab," said Aruri. "There was nothing we were able to do to fight them. We did not have the resources or the power. Now things are different. We are prepared for them. And we're just not going to go down like they think we are." On Friday, a fleet of roughly 50 cabs – mostly from the co-op, though some from Yellow Cab and Austin Cab – rallied at the Chevron gas station at Riverside and Congress before driving in rows to the Capitol. They recognize that the return will require they work more hours, wait longer to find fares, and take home less money.

Fasten CEO Kirill Evdakov said his company's app will undergo a "massive" update in the next few weeks, though he noted the improvements were scheduled half a year ago and have nothing to do with Uber and Lyft. He said in the year that the companies have been gone, Fasten has built a reputation in Austin for both its core service and the way in which it treats drivers. Evdakov said he agrees with Aruri's assessment that the landscape is altogether different now. "Uber and Lyft did create a problem with their departure a year ago," he said. "But we solved it a mere three weeks later. Today, Austin does not have a problem when it comes to ridesharing."

Evdakov said he suspects Uber and Lyft will attempt to win back drivers with healthy incentives. (Lyft is already promoting a 50% discount through June 11.) "But that's pretty much all they can do in Austin," he said. "The current market leaders, Fasten and RideAustin, provide a much better experience, follow ethical business practices, guarantee higher drivers' earnings, and care about the city deeply."

RideAustin, a nonprofit that takes no commission on standard fares, said it is committed not only to staying in compliance with fingerprint background checks but also to its nonprofit model. Chief Operat­ing Officer Marisa Goldenberg said RideAus­tin will also "roll out a pilot program for W-2 employee drivers who will receive a generous benefit package on top of an attractive wage." The nonprofit will be reaching out to the community to help fund the project.

Emotions appear mixed for TNC drivers. Lyft driver Fnu Bidar, who drove for all three companies (RideAustin, Fasten, and Fare) during the last year, said he doesn't notice much difference between the apps themselves, but that customers seem to better recognize Lyft's brand. Driving is his full-time job, so Bidar uses whichever app is busiest. "Right now [Lyft is] very busy," he said Tuesday, with evident satisfaction.

Hugh Aylees, who also drove for RideAus­tin, Fare, and Fasten, said he was disappointed by reports that Uber and Lyft spent over $2 million combined for lobbying this session ("Lege for Sale?" March 14). "It's frustrating that you can put something [in front of] people to vote, they vote one way – that with enough money you can buy the state legislators to overturn that," he said. Aylees conceded that many of his customers have expressed excitement that the two companies have returned. He said he remains professional, but doesn't share their excitement.

Edwin Egbi, who drives for that trio as well, still remembers being left high and dry last May. He was driving for Lyft then, and he calls the experience "heartbreaking" and "emotionally traumatizing." A year later, he said driving for the other Austin ridesharing companies helps him better support himself as he works his way through nursing school. "At the end of the day, we're making more money with Fasten, RideAus­tin, and Fare, and not having to deal with all of the percentage cuts that come out of it if it were Uber and Lyft," he said.

Some of Egbi's customers have expressed anger at Uber and Lyft and an intention to keep using alternatives. "Customers have actually been really upset at the fact that Uber and Lyft left, abandoned drivers," he said, adding that he commiserates with those riders. He, too, has removed both apps from his phone, and doesn't plan on reinstalling. "I'm totally done with Uber and Lyft," he said.

A version of this article appeared in print on June 2, 2017 with the headline: Breaking Up Was Hard to Do