County Re-Budgets to Save Community Programs

Despite Abbott’s cuts, criminal justice initiatives will survive ’til fall

Twelve Travis County criminal justice initiatives, which are expected to serve more than 3,400 residents this year, will continue – at least through Nov. 15. The programs (including victim support for domestic violence survivors, juvenile rehab, and veterans' assistance) will keep an estimated 4,122 jail beds empty in 2017, and were previously funded by an annual $1.8 million grant from the Office of the Governor. In February, Gov. Greg Abbott slashed $1.5 million from the initiatives' 2017 budget, and the total budget for 2018, in retribution for Travis County's "sanctuary city" policy. The County's Planning & Budget Office spent the past three months meeting with program heads and reviewing each initiative in an attempt to locate alternative funding. During May 9's Commissioners Court session, the PBO team told Commissioners: All the programs provide important community benefits, such as the county's DWI Court, which works with repeat drunk driving offenders and has an 86.8% graduation rate. Re-arrest rates for graduates from 2012-14 range from 3-6%. The national re-arrest rate is 25%. 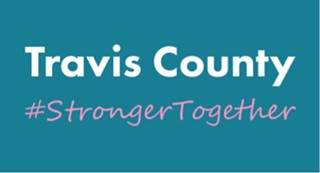 Temporary funding will come from a "squeezing of the orange," said Travis Gatlin, PBO's budget director. The County has agreed to fund the programs internally through FY 17 (at a cost of $798,893). The six weeks of FY 18 budget – approximately $133,000 – will likely come from the County's crowdsourcing campaign, #StrongerTogether. Commissioners approved a motion authorizing County Judge Sarah Eckhardt to request the donated funds be used to fill the funding gap. Currently, no one has or is expected to lose a job due to Abbott's cuts.

A longer-term solution is still being developed and will depend on the State's upcoming budget as well as the County's. Gatlin told the Chronicle that PBO will publish a preliminary budget for 2018 in late July. Eckhardt commended the PBO for their "amazing effort," and voiced her fear of applying more fiscal pressure to an already strained budget and county taxpayers due to this "politically manufactured crisis."