The county has raised $135,000 to offset Gov. Abbott’s February stunt 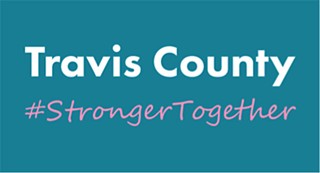 On Tuesday, during a voting session at Com­mis­sion­ers Court, County Judge Sarah Eckhardt announced that #StrongerTogether, the crowdsourcing campaign started by state Rep. Eddie Rodriguez, D-Austin, has raised nearly $136,000 since launching in February. The online fundraiser, overseen by Austin Community Foundation (which promotes philanthropy in Central Texas), was created soon after Gov. Greg Abbott slashed a grant to fund criminal justice initiatives in Travis County. Distribution of the funds will be handled by an advisory board, likely after May 9, when the court tackles program rebudgeting. Contributors can assign their donations to specific programs: Parenting in Recovery drug treatment court, Family Violence Accelerated Prosecution and Victim Outreach, Veterans Court, etc. "The advisory board will make every effort to honor preferences," Eckhardt said. In some instances, however, the board will bundle assigned sums to "maximize the benefit of these generous donations."

Abbott's cuts came in retaliation to Sheriff Sally Hernandez's January announcement that her office has reduced cooperation with ICE detainer requests. Abbott pulled the county's remaining 2017 grant money, and the entire $1.8 million from the 2018 budget. Eckhardt has repeatedly expressed her disappointment with the governor and state lawmakers, calling the result a "politically manufactured fiscal crisis." But she maintains the Commissioners Court remains "deeply appreciative of [Rodriguez's] efforts and all those who've contributed. … We will be here for our residents and do our job that the state has mandated that we do."