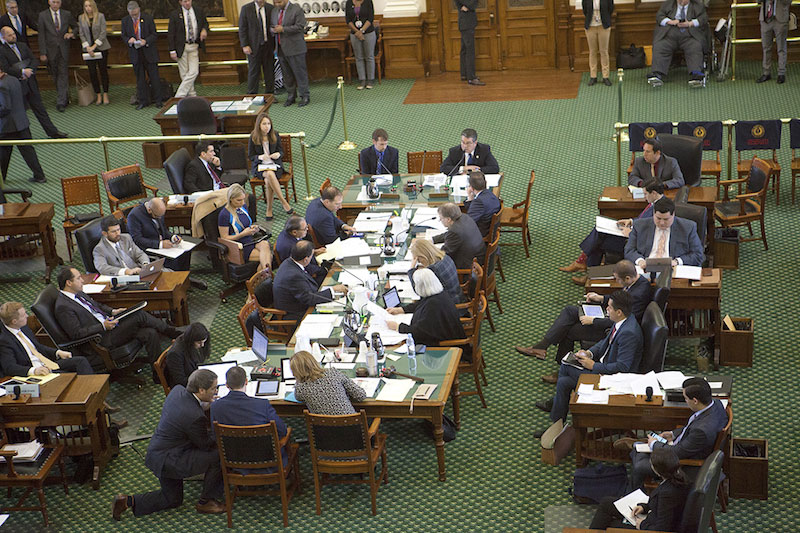 • No Hog Apocalypse. The Texas House has approved HB 3451, requiring further study before spreading rat poison across Texas lands to kill feral hogs (and other wildlife) – and thwarting Agriculture Commissioner Sid Miller's dream that, "The 'hog apocalypse' may finally be on the horizon."

• HBs 1537 and 64, two nearly identical bills seeking to abolish the death penalty, received a committee hearing on Monday. More than a dozen people testified in support, and no one spoke out against either one. Rep. Jessica Farrar, D-Houston, co-authored HB 1537 – she has sponsored legislation for death penalty repeal since 2007. Both bills remain pending in committee.

• The Senate has passed SB 451, sponsored by Sen. Kelly Hancock, R-North Richland Hills. If it passes through the House it will bar cities from regulating short-term rentals (like Airbnb), unless the law specifically protects public health and safety.

• HB 1911, which would allow Texans to carry handguns in most public places without any license, moved through the House Homeland Security and Pub­lic Safety Committee Tuesday; members approved the measure on a 6-2 vote along party lines. Guess which party voted "yea" on that one. – The News Staff