Fun times well after midnight with the AISD board 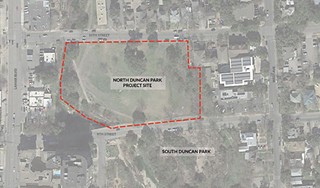 High drama at the marathon school board meeting Monday night, as the AISD Board of Trustees received the draft Facility Mas­ter Plan, and passed it largely unchanged, on a series of bitterly divided votes.

The major bone of contention was the recommendation to move the highly rated, and highly sought-after magnet high school, the Liberal Arts and Science Academy, away from the campus it shares with the largely poor and minority LBJ Early College High School. It has long rankled that the two schools are kept rigidly divided – with LASA upstairs, and LBJ downstairs – so that the disparity in educational environments and offerings is always on view. And now the official plan is not to reintegrate the schools, as some have long wanted, but to move LASA to an entirely new campus, at a cost upward of $100 million, to an undetermined location.

Worst of all, no one was willing to step up and take credit for the decision. When trustee Ted Gordon complained about this major move being included in a long-range plan, without ever being decided or even proposed at the board level, other trustees countered that this was the measured recommendation of the Facilities and Bond Planning Advisory Committee, who had looked at the options, and decided that this was among the district's top priorities. That brought FABPAC tri-chair Cherylann Campbell rushing back to the mic to clarify that it hadn't been their decision; her impression was that direction came from administration and consultants. Which made it Superintendent Paul Cruz's turn to say it wasn't his call; that would be outside his purview. The circular trail became too difficult to follow, and devolved into mutual agreement that clearly, a decision had been made at some point, by someone, and had made it into print in a document clearly labeled the "AISD Facility Master Plan," so it would be silly to go back and revisit it now.

And in the end, that's the argument that prevailed, with the board beating down a series of amendments on votes that split starkly on racial and geographical lines. All six white trustees voted for moving LASA, while the three members representing largely minority Eastside districts opposed the move, and eventually voted against the entire Master Plan.

Now FABPAC moves on to the second half of their charge: to prepare recommendations for a November school bond election which would begin to pay for the facility plan. And the LASA/LBJ controversy will cast a large shadow there, as well: The district has an estimated $3.6 billion backlog in deferred maintenance, and some dire needs for overcrowding relief. But if LASA is the single biggest-ticket item on the list, it gives anti-tax opponents of all stripes a mighty big target to go after.

Ironically, just a few hours after the school board meeting broke up Tuesday morning, the Mayor's Task Force on Institutional Rac­ism and Systemic Inequities issued its final report. And wouldn't you know it, the first sentence addresses "how institutional racism and systemic inequities manifest in Austin's education system, and who is affected by it." The report comes to the unsurprising conclusion that "Current school curriculum, instruction, and assessment do not create equitable opportunities for all students." But it goes on to single out "special offerings" such as magnet programs and others that "may be subject to access factors and admissions procedures that systematically favor some students over others and produce racially disparate outcomes."

Austin's Soil Kitchen is back this weekend, April 8-9, offering free and anonymous soil testing by Austin Brownfields experts, to ensure your soil is safe and effective for growing food crops. You must bring soil samples; see complete directions at www.austintexas.gov/soilkitchen. It's Saturday, 9am-2pm, and Sunday, 9am-noon, at Parque Zaragoza Rec Center, 2608 Gonzales, and coinciding on Saturday with the free East Austin Garden Fair, www.tcmastergardeners.org, which offers a variety of activities including building a rain barrel, keeping bees, and raising backyard chickens.

Zilker 100 – Zilker Park Free Day – This Sunday, April 9, Zilker Park celebrates its 100th anniversary, offering free access to the pool, the Zilker Zephyr, and Umlauf Family Day, as well as special programming at Austin Nature & Science Center and around the park, presented by PARD and the Austin Parks Foundation. There's a Celebration Kickoff at the Zilker Caretakers Cottage at 9am. See details at www.zilker100.org/free.

Duncan Neighborhood Park, the largely undeveloped Downtown tract between Ninth and 10th streets, is an overlooked gem in PARD's portfolio. But as Downtown expands inexorably, use of this largely riparian tract along Shoal Creek will continue to intensify. A PARD design team, in partnership with the Shoal Creek Conservancy and stakeholder groups, has developed a preliminary improvement plan based on community feedback, which they'll present to the public at a Community Concept Workshop, Wed., April 12, noon-1:30pm at the park, 900 W. Ninth. See the plan and more at www.austintexas.gov/duncanpark.

(The original version of this story implied that Trustee Jayme Mathias is a member of a racial minority, which he's not. Sorry.)
Send gossip, dirt, innuendo, rumors, and other useful grist to nbarbaro@austinchronicle.com.
More Public Notice columns 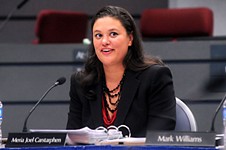 AISD's Wish List
Meria Carstarphen gave her recommendations on facilities, but what's next is up in the air 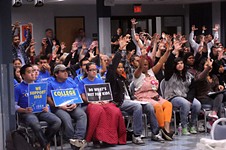