The other shoe dropped this week at City Hall, via the report of the Mayor's Task Force on Institutional Racism and Systemic Inequities – or perhaps the other 49 shoes, given the size of the task force, appointed in November as one response to two high-profile Austin Police Department incidents: the 2016 fatal shooting of unarmed teenager David Joseph, and the abusive 2015 traffic arrest (revealed a year later) of Breaion King. At its creation, Mayor Steve Adler emphasized that the primary focus of the task force would not be personal acts or attitudes, but the institutional structures that "create unjust and inequitable outcomes."

Fair enough – it should be no secret to most of us that Austin is not exactly a paradise of racial equality, and that for all the city's bona fides as a liberal oasis in deeply red Texas, we retain plenty of old-school Southern race-and-class disparities, recently aggravated by a mostly centrifugal economic boom. But the mayor's intro (taken from remarks made in March during SXSWedu) to the group's 70-page report sounds rather more grandiose: "I am leading the city in learning how to recognize, understand and address racism at its various levels: personal, institutional, structural, and systemic."

Adler's the only mayor we've got – but there's just enough tone of Great White Savior in that declaration to evoke a cringe, and the hope that whatever comes out of this report, it bears more the marks of grassroots energy than official presumption. The esteemed co-chairs, Huston-Tillotson President Colette Pierce Burnette and Austin ISD Superintendent Paul Cruz, counsel that if this latest effort to eradicate institutional racism is to be effective, we'll all need to engage in "personal soul-searching," "life-long intensive training," "courageous conversations," "developing deeper consciousness," and "commit to act as agents of change."

That invocation is mostly aimed at what the report calls, unironically, the "C-Suite" – corporate slang for the Really Big Shots – but the rest of us are presumed to be fellow travelers on the Great Austin Racial Enlightenment Train. I'll be happy to buy my own ticket, but there's enough edu-speak in the report, compiled by dozens of officials, academics, businesspeople, activists, and miscellaneous pooh-bahs, to make one wonder what the group's own "courageous conversations" must have sounded like. For example, the report doesn't just recommend historical study and diversity training, but specifically branded "Beyond Diversity™" training. And though the work and the report was generated through city government, at least two of its five "sectors" for study and reform – education and finance banking/industry – important as they are, are largely outside the purview of city policy.

In fairness, the task force was given a very large and ambitious mission, and it has returned with a comprehensive list of virtually everything local leadership (in education, business, health care, and politics) might do to remove tangible and intangible obstacles to more equitable outcomes for all Austinites. The count comes to more than 200 recommendations, ranging from myriad "equity assessments" to expanded training for former inmates. Very few of the recommendations are new, although it's helpful to have them itemized in this comprehensive way. And it's probably best not to have price tags attached to many of the proposals, as the cumulative dollar signs would have generated headlines obscuring the broad fundamental changes that need to be made.

One urgent recommendation that does carry a prospective cost is for an affordable housing fund, based on a "Denver model linkage fee" of $2 per square foot on new construction, which the report suggests could raise $60 million annually, $600 million over 10 years. That's a more ambitious goal than reflected in the city's pending Strategic Housing Plan, to which this report and its myriad recommendations might well be appended. Even setting aside the big ticket of that 10-year expense (still less than we'll be spending over eight years on roadwork), the report sidesteps the knowledge that the Legislature is currently considering outlawing linkage fees (not yet employed in Texas), and some state pols have raised the possibility of outlawing even Austin's barely effective "density bonus" program.

The report does passingly acknowledge Austin's political isolation on many of these initiatives, but on the whole ignores even the local political context within which any progress must occur – and implies an unspoken, broad public consensus about its conclusions that simply doesn't exist. To offer but one example, a substantial effort to increase still-dwindling voter turnout in city elections might help alter the lingering power imbalance between the east and west sides – since west-of-MoPac boxes, representing 30% of city residents, generate 50% of the votes.

City Council members are well aware of that arithmetic, and it's arguable that Mayor Adler owes his 2014 defeat of Mike Martinez, at least in part, to the fact that Austin's historic voting patterns remain racially divided. Perhaps that might be a future subject of a courageous conversation; in the meantime, the report confirms we've got plenty to do.

The full report of the Mayor’s Task Force on Institutional Racism and Systemic Inequalities is available here. 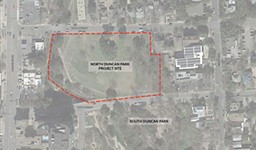 Public Notice: Race and Education
Fun times well after midnight with the AISD board