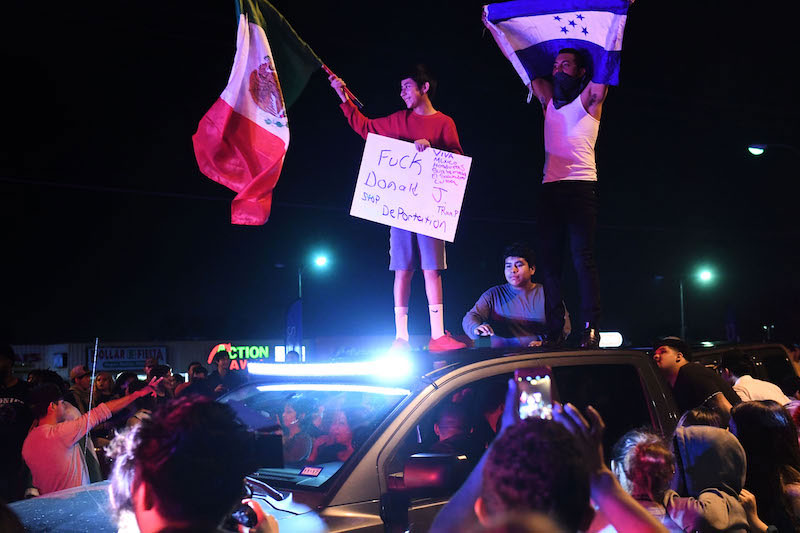 Austin is one of three dozen local jurisdictions that signed amicus curiae (friend-of-the-court) briefs supporting lawsuits filed by the City and County of San Francisco, and Santa Clara County, California, requesting a preliminary injunction against the Trump admin­i­stra­tion's executive order sanctioning "sanctuary cities" that have refused to fully cooperate with all "detainer requests" submitted by the Immigration and Customs Enforcement agency. The separate lawsuits, scheduled for a hearing April 5, cite President Donald Trump, Secretary of Homeland Security John Kelly, and U.S. Attorney General Jeff Sessions, and describe the executive order as unconstitutional, violating due process, and seeking "to usurp local police power and commandeer scarce city and county resources."

The suits, scheduled for an April 14 joint hearing in the 9th Circuit U.S. District Court in California, argue that the order is vague and unenforceable, provides no definition of "sanctuary cities," and is an attempt "to coerce cities, counties, and states into becoming de facto agents of the Executive Branch." According to the brief filed by Austin and the other cities, "President Trump does not have the ability to withhold Congress­ionally-authorized funding to jurisdictions that do not govern according to his instructions, or that do not conform to undefined and vague standards that baffle even his own Secretary for Homeland Security. When asked by San Diego's Police Chief to define 'sanctuary city,' Secretary Kelly responded: 'I don't have a clue.'"

If the court grants the injunction, the order would be suspended pending a full trial.

A version of this article appeared in print on April 7, 2017 with the headline: Sanctuary in Court