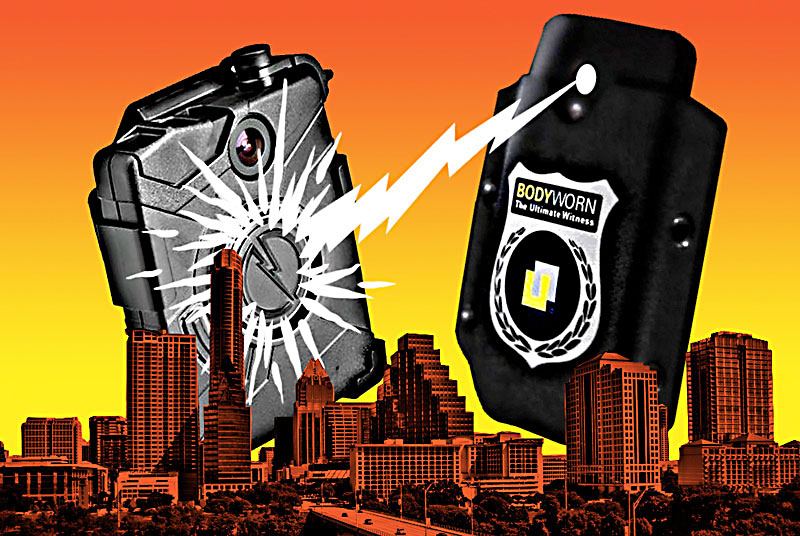 A three-judge panel on Texas' 3rd Court of Appeals delivered a hit to Utility Assoc­i­ates on Friday when it dismissed the Atlanta-based police body camera outfitter's claims that the city of Austin engaged in an unlawful bidding process and illegal favoritism when it entered into an agreement last summer to outfit Austin Police officers with Taser body cameras. The ruling, written by Justice Bob Pemberton, cites a statute in the state code that limits legal procurement challenges to resident taxpayers and bidders on public works construction projects. The ruling came peppered with passages that could be interpreted as sympathetic to the plaintiffs and skeptical that the city acted in good faith (Pemberton chided the city's "midnight signing" of its contract with Taser), but left little for Utility's legal team to latch onto. Noted Bill Aleshire, a watchdog attorney and former county judge who reviewed the 29-page opinion: "Even if there had been illegal conduct – just blatantly easy-to-prove illegal conduct – Utility could not have brought that case because they are not included in the statute for the waiver of immunity."

Utility plans to appeal the ruling to the state Supreme Court. The company's attorney Peter Barlow said in a statement that it "continues to seek its day in court." The city of Austin "ran an illegal procurement through a corrupt process," he wrote. Beyond Utility's plans to appeal, the company may still have a shot by proxy through Bruce Evans. The Austin resident, who joined Utility in the suit, may continue with his complaint if he so chooses, the 3rd Court ruled. His attorney Shelby Jordan did not respond to questions when this paper went to press.

Austin Public Information Officer Alicia Dean said the city is pleased with the court's decision and grateful to have the flexibility it needs to implement its body-worn camera program. The city has made no decision regarding the full original contract with Taser, she said, but does plan to move forward with plans to buy 724 cameras. She expects the conversation to come before City Council "in the next few weeks."

Austin police may soon get their body cameras, but adverse effects could linger, beyond unanswered questions from Utility concerning whether the city selected the best and most affordable cameras. Aleshire told the Chron­icle his reading of the court's opinion persuaded him that the process was flawed, which he worries is bad news for city business in general. Austin officials should be concerned about getting the reputation that their bidding process is "rigged, corrupt, or just arbitrary," Aleshire wrote in an email. "Because then, good businesses may not participate, and the businesses who do participate may not be the right kind of businesses to give taxpayers the best benefit for their tax dollars."