The Texas Hammer: The Bathroom Bill

It’s not about protecting women and children 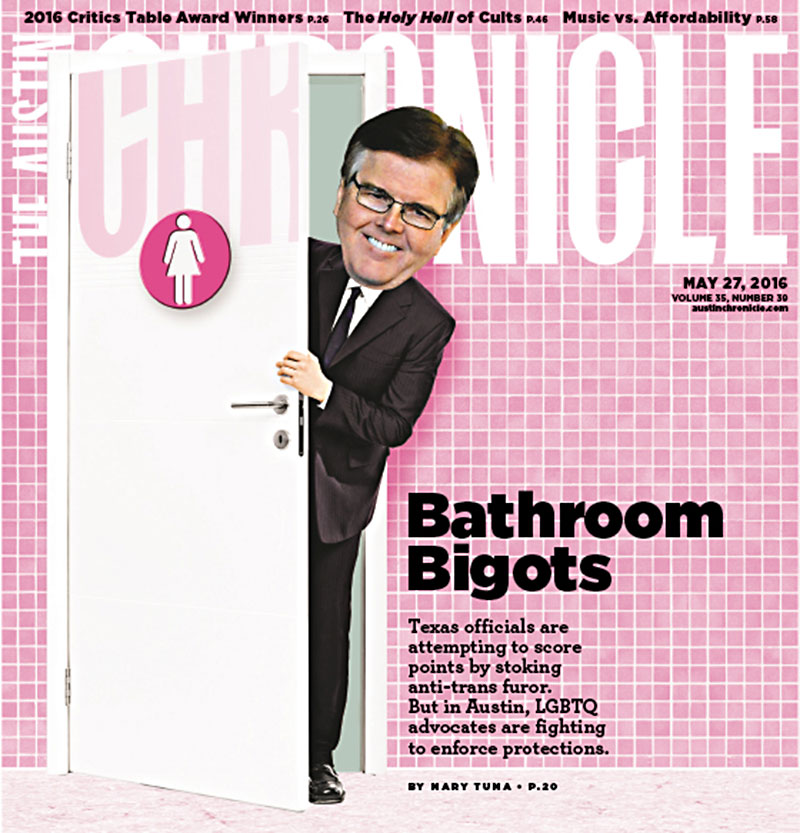 North Carolina may have put bathroom bills on the map, but Texas Lt. Gov. Dan Patrick and his iconic bigotry did not lag far behind. Lo and behold, he found a suitable mule in GOP Sen. Lois Kolkhorst, who filed Senate Bill 6 on Jan. 5. (The Senate Affairs Com­mit­tee pushed the bill to the full Senate on March 7, after 21 hours of generally negative testimony from trans activists, doctors, social workers, and Texas businesses.) If passed, the Texas Privacy Act would force transgender people, non-binary, and gender nonconforming folks to use the bathroom that aligns with the gender on their current birth certificate. Be it because of bigotry or ignorance, Kolkhorst and Patrick both insist that the bill was created to protect the privacy of women and children by keeping men out of women's "most intimate public spaces."

While SB 6 is slightly less all-encompassing than North Carolina's HB 2, its passage would have serious ripple effects – not just by hurting the state economy. (You'd be hard-pressed to find a businessperson within the state who isn't expecting to take a hit.) Trans people, who already report drinking less while out of the house so as to avoid using public restrooms, will be at an even greater risk for health issues like bladder infections. Forcing trans adults and children into the incorrect bathroom will make them bigger targets for violence, sexual assault, and bullying. Cisgen­der folks whose gender presentation does not align with social norms will also be targeted, now that potty policing by citizens is encouraged. What's more, the bill would override city ordinances that protect trans people – such as those established in Austin. If it's passed, Texas will likely set a precedent for other red states to follow suit. 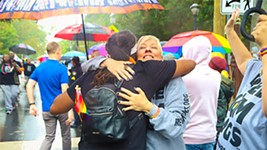