It’s your house. What can you do with it?

Short-term rentals (think houses that get listed on Airbnb and HomeAway, a local company) have caused quite the squabble in Austin. While they've become a preferred place to stay in lieu of a hotel, local residents have had a strong reaction to the DIY industry – particularly in East Austin, where residents have charged that STRs have directly contributed to area gentrification. City Council began deliberations on the issue in early 2015 and, after a year of heated debate, voted to phase out Type 2 "commercial" rentals (non-owner occupied houses rented out for less than 30 days), targeting a full rollback by April 2022. Type 1 (owner-occupied properties that rent out a room or a separate unit on the property) and Type 3 (non-owner occupied apartments and condos) remain far more loosely regulated.

State-level lawmakers see STRs in a different light than Austin's Council. Just recently, Rep. Tan Parker, R-Flower Mound, filed House Bill 2551, which would remove all local laws regulating STRs unless that law is designed to protect public health and safety. A similar bill, SB 451, by Sen. Kelly Hancock, R-North Richland Hills, has already been referred to the Senate Committee on Business and Commerce. Supporters believe these bills would give control back to homeowners. "In Texas, property rights are a foundational freedom worth protecting," said Hancock in a February statement. Tell that to those fretting about the party house next door, or the rise in property taxes. 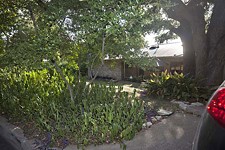