County sheriff wants to keep ICE out of Austin 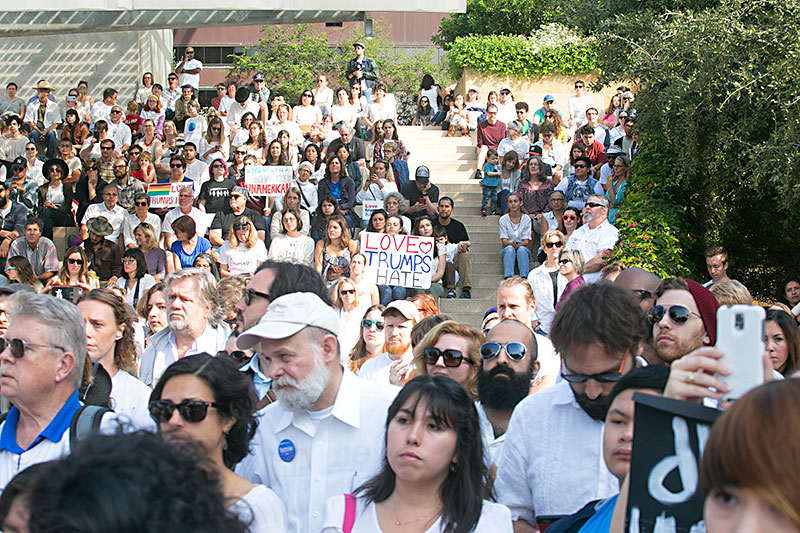 Travis County knows all too well what happens when you stand up for progressive values on a local level, in the face of xenophobic and racist state leadership. Sheriff Sally Hernandez rejected full compliance with U.S. Immigration and Customs Enforcement (ICE) detainer requests during her first month in office, saying she would only cooperate if an individual has been charged with a violent crime. "We will work with federal immigration officials," said the sheriff on Jan. 20, Trump's inauguration day. "But this office will not increase our liability or set unwise public safety priorities simply to ease the burden of the federal governmen­t."

Unwilling to transform local jails into ICE holding tanks, Hernandez's bold, yet completely constitutional, move elicited dispropriate rebuke from GOP Gov. Greg Abbott, who has since made attacking so-called "sanctuary cities" a legislative priority. In clear political payback, the governor pulled $1.5 million in Criminal Justice Division grants from the county, citing its support for "sanctuary policies." Abbott's move stripped crucial programs of secure funding, including drug diversion, family violence prosecution and outreach, veterans' court, and victim services – and it disproportionately punished abused mothers, children, veterans, and families. But Travis County has refused to take the reprisal lying down: Local state Rep. Eddie Rodri­guez, D-Austin, started a crowdfunding site to recoup the loss; the campaign has netted more than $135,000 from the community so far, highlighting the strength and dedication of county residents.

However, it appears the payback may be ongoing: In the nationwide ICE raids conducted in February, the Austin region led the nation in the number of noncriminal arrests, forcing many to wonder if the outcome was rooted in political retaliation for Hernandez's policies.