The 85th’s State Something 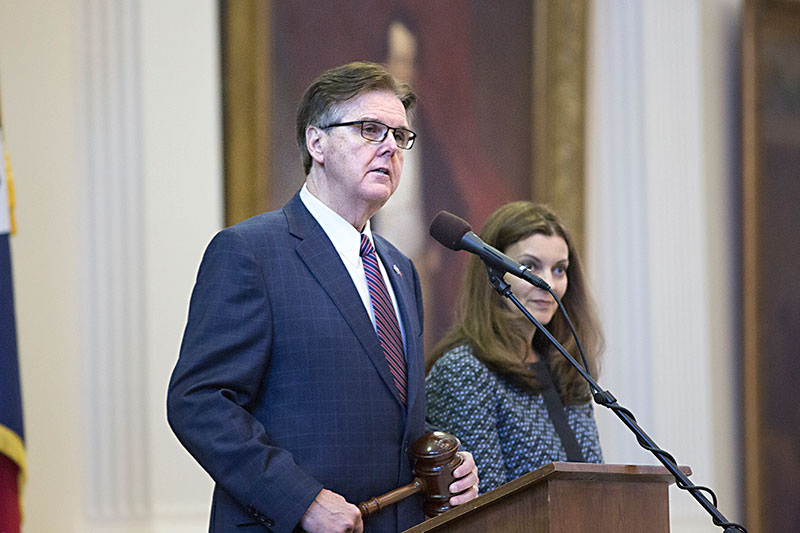 It's almost halfway over. On March 20, the 85th regular session of the Texas Legislature will pass the midpoint of its 140-day deadline. It's officially too late for a do-over.

The calendar has already passed one of its most significant deadlines: On March 10, lawmakers faced the 60th day, and the cut-off point for filing non-local legislation. Of course, most serious measures have already been filed (if a bill isn't getting traction by now, it'll be unlikely to make it off the floor before sine die, May 29), so lawmakers decided to have a little fun. Enter freshman Rep. Gina Hinojosa, D-Austin, whose House Concurrent Resolution 110 would make the taco the official state food of Texas. And why not? Texas already has an official state flower, state mammals (large, small, and flying), a state dog, state shrub, state native shrub, and state dinosaur (which was clearly put on the statutes by God herself to test the faith of creationists). Plus, if adopted, the state food could be served with the state dish (chili, presumably no beans), the state bread (pan de campo), and a side of the state snack (chips and salsa) garnished with the state pepper – the jalapeño, natch. Of course, Mexico may have a thing or two to say about Texas claiming tacos, but then again, since the Lone Star State has set Scottish teeth on edge by declaring its own tartan, that point may be moot.

More pointedly political was the last-minute filing of House Bill 4260 by Rep. Jessica Farrar, D-Houston, a searing response to all the GOP's anti-abortion regulation, requiring all men seeking a vasectomy to wait 24 hours and receive a consultation from their doctor. Farrar resisted the impulse to require men to have an ultrasound of their testicles, but there is still time for amendments (see below).

Softballs and sharp barbs aside, there is still much serious work to be done over these next few months. The House and Senate have come to something like a consensus on one of the most pressing issues facing this biannual sojourn; that of reform for the embattled child protective services program. Every session seems to bring another failure of Texas lawmakers to protect the state's most vulnerable, and it remains a priority and a source of guilt. In recent years, the now-defunct Texas Youth Commission and the state school system have both come under the microscope, and now the Department of Family and Pro­tect­ive Services is getting its due scrutiny. It's one of those rare issues in which there is bipartisan and bicameral agreement, even if there are major details to be hammered out between the Senate's omnibus Senate Bill 11, and the House's more measured HB 5.

Yet that's where the consensus across the Dome may well end for the session. Before the first bills were filed, lawmakers were predicting yet another destructive, disruptive fight in the Senate, with Lt. Gov. Dan Patrick anticipated to derail the session by throwing yet more red meat to his base. Of course, the lite guv is never one to disappoint, and the Senate has now sent over SB 6, its infamous bathroom bill, even though House Speaker Joe Straus has made it clear that he has no interest in burning the vital remaining daylight in this session on a needless and anti-business measure. Patrick has doubled down and ripped away any pretense that the measure is about public safety, announcing that evangelical anti-LGBT rights groups One Million Voices and Vision America will be "educating" pastors who oppose the bills. Per the San Antonio Express-News, this week Houston physician and rabid Patrick fan Steve Hotze paid for a 30-second pro-SB 6 ad that basically blamed Straus for the (non-existent) cases of sexual predators barging into women's bathrooms under the guise of being transgender. But the normally laid-back Straus has fired back that the Senate should be concentrating on more pressing and constitutionally required business, like passing the budget (quite literally the only work they are required to do this session). In an interview with Spectrum News' Karina Kling, he said he was "sounding the alarm," since passing "a responsible, balanced budget ...doesn't seem to be a priority" in the Senate. Which, in political terms, is the equivalent of the normally measured and diplomatic Straus calling the always hair-trigger Patrick out into the parking lot.

The budget battle could be ugly. Patrick is a reflexive spending-cutter, and with falling oil and gas receipts he has his excuse to bite deep into the bone. Straus' fiscal conservatism is more pragmatic: Not only is he more likely to want additional spending to make those CPS reforms stick, but his Public Education Chair, Rep. Dan Huberty, R-Humble, wants to use the Rainy Day Fund to fill in some of the hole that prior cuts have left in school finance. If that proposal doesn't drive Patrick (who thinks the Rainy Day Fund should be preserved until the next flood) crazy, then the fact Huberty has already said he won't even consider Patrick's school voucher plan means it can only end in conflagration.

In other words, get the popcorn ready. If you thought those first 60 days were fun, hang on tight until the end.

With that in mind, here's a quick recap of how our own Bills of the Week from this session have fared within the chambers:

• HB 62 by Rep. Tom Craddick, R-Midland: texting while driving ban. Already out of the House Transportation Committee, and placed in the general state calendar.

• HB 97 by Rep. Sarah Davis, R-West Uni­ver­sity Place: allowing children to consent to their own immunization. Referred to House Public Health on Feb. 14, no hearing.

• SB 973 by Sen. Brandon Creighton, R-Con­roe: barriers to surveying to build a high-speed rail line. Referred to Senate Transportation on March 1, no hearing.