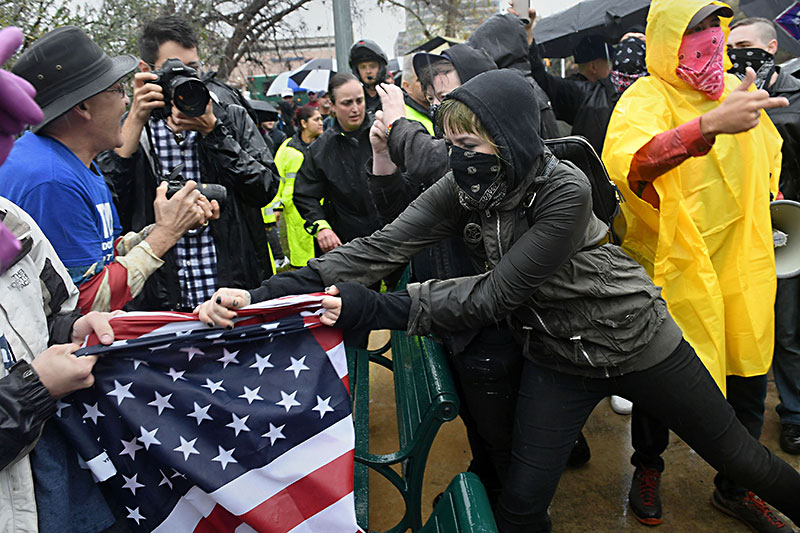 City Council takes its own "spring festival" break – no regular meeting until March 23, when the Austin Oaks PUD returns – but they held a marathon session last week (March 2), approving the long-delayed Plaza Saltillo development, amid plenty of fireworks. "Council Considers the True Cost of Saving a Buck," Mar. 10.

Shut The Door (Again): On Monday, President Donald Trump issued another executive order on immigration, featuring a revised version of his earlier Muslim ban (this one dropping Iraq from the seven Muslim-majority countries targeted earlier) and attempting to dodge the constitutional violations that federal courts rejected. Texas Attorney Gen. Ken Paxton and Sen. Ted Cruz welcomed the renewed ban, while an ACLU spokesman told The Washington Post: "The only way to actually fix the Muslim ban is not to have a Muslim ban."

Representing His District: Unlike his colleagues across the political aisle, U.S. Rep. Lloyd Doggett held a town hall meeting with constituents at Huston-Tillotson on Sunday. The Democrat urged the crowd to "resist" Trump policies and get politically active by going door-to-door registering voters. See austinchronicle.com/photos for more.

Sen. Eddie Lucio Jr., D-Brownsville, spoke out as the lone state Democrat in support of the anti-LGBTQ "bathroom bill" this week. Lucio is known for backing conservative policies at the Lege; he has steadily supported and authored anti-choice bills throughout his tenure.

Governor. Dancer. Energer. The U.S. Senate confirmed former Texas Gov. Rick Perry as Energy Secretary, allowing Perry to take the helm of a department he once sought to abolish – but forgot – on the 2012 campaign trail. As the head of Energy, Perry will be responsible for security of the country's nuclear weapons. (If you can't sleep tonight, we don't blame ya.)

Where's the Love? The "I Love You So Much" street art at Jo's Coffee on South Congress was defaced Sunday with black lettering that read "Fuck Austin." By Monday morning, both messages had been painted over. Original artist Amy Cook returned that night to repaint the iconic message.