Bill of the Week: The War on the War of Northern Aggression 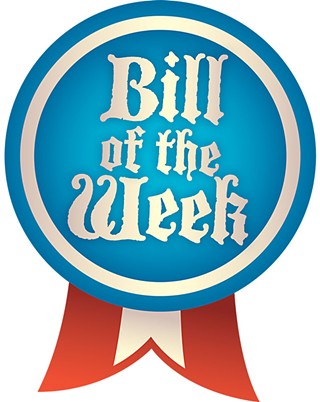 But for the second session in a row, there's a bill to change the construct of the holiday. HB 2224 proposes a new name – Civil War Remembrance Day – and a new date, the second Monday in May. "We're not trying to take anything away," said its author, Rep. Helen Giddings, D-DeSoto. "All we're doing is saying, 'We want to include those people who were on both sides of the Civil War.'"

Before the war, a majority of white male Texans voted to secede from the U.S., and an estimated 90,000 Texans fought for the Confederacy (including many conscripted soldiers). But the holiday's current name ignores the tens of thousands of enslaved blacks in Texas, the 2,000-plus Texans who fought for the Union, and the many Texans, such as Gov. Sam Hous­ton, who opposed secession. Most relevant today, the name suggests that the state's official view is that the Confed­er­acy had an unequivocally heroic cause, which is typically called states' rights.

"I hear that reasoning quite a bit, but what did the states need the right to do?" asked Kenneth Howell, a history professor at Blinn College and founding director of the Central Texas Historical Association. "If it would have been about just states' rights, the South would have risen up during the nullification crisis, an ideal states' rights issue." Howell noted that a majority of the Declaration of Causes, the document outlining Texas' motives for seceding, "is related in some way or another to slavery."

Local Rep. Donna Howard filed a similar bill last session after a young constituent, Jacob Hale ("The South Will Be Celebrated Again!" April 15, 2015), reached out to her in dismay, but it failed to get a vote in committee after complaints from the Sons of Confederate Veterans. What's changed? Giddings told the Chron­icle she "asked some of the most conservative members of the House, and they had absolutely no problem with it – only one [took issue]."

Hale has spent the last year and a half meeting with professors from UT, Rice, and West Point. Now 15, he said if he gets to testify again he'll get his full point across quickly. "Last time I presumed it was going to go through," he said. "I think it's ridiculous to say 'We should have one side of history, and we should stick with the wrong side.'"