“Everything is on hold” 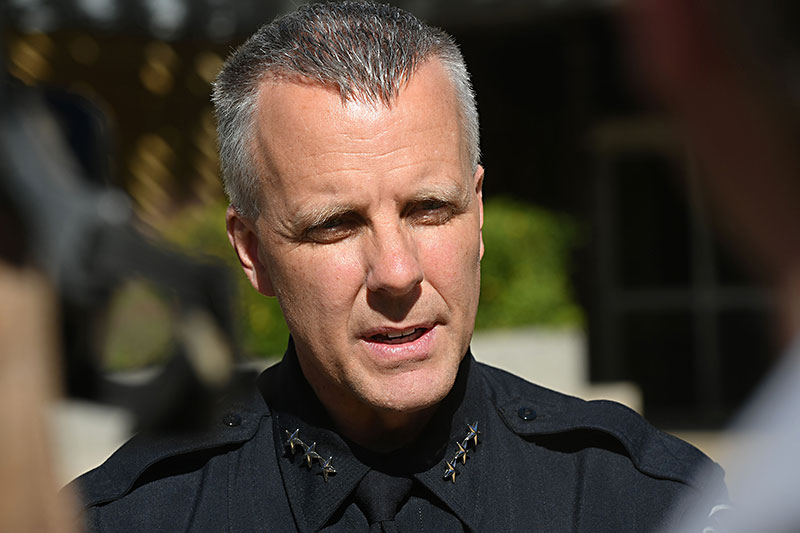 Austin Police have accumulated more than 4,000 untested DNA cases since the June shutdown of the department's forensics lab, and very little evidence has been tested in the interim. According to updates provided by APD Forensic Unit Commander Mike Eveleth to the Public Safety Com­mis­sion and Sex Crimes Unit Lt. Gena Cur­tis to the city's Sexual Assault Response and Resource Team (SARRT), the department's evidence backlog continues to grow as lab capacity concerns across the state prevent APD cases from getting tested.

In an attempt to address the growing pile of untested evidence, City Council last week approved yet another contract with a new lab, Signature Science. Though the North Austin lab is currently working serology tests on 30 of APD's outstanding cases, the updated $2 million contract (which APD is funding with grant money and pre-existing funds) will make Signature a "start-to-finish lab for us," Eveleth told the commissioners at their Feb. 6 meeting. The lab will become full-service for APD to cover DNA testing and CODIS (the FBI's DNA database) entry. "The goal is for them to be working 60 cases a month for us after [this initial] two-month period," said Eveleth.

Stakeholders outside the police department suggest that the problem is larger and more broad than APD has publicly acknowledged.

The contract is the latest step in a long-running saga that began when the Texas For­en­sic Science Commission recommended a shutdown of APD's lab last summer after an audit revealed a long list of professional oversights, including the use of outdated testing procedures. Former Chief Art Ace­vedo temporarily closed the lab in June, and sent six analysts to the Department of Public Safety for retraining. In November, Council approved APD's proposal for a six-year interlocal agreement with Dallas County's Southwestern Insti­tute of Foren­sic Sciences (SWIFS). APD representatives hailed SWIFS as the light at the end of the forensic tunnel, suggesting the Dallas lab would play a primary role in clearing the overstocked backlog, specifically sexual assault kits, which currently make up 80% of APD's untested evidence.

APD and SWIFS have actually been contracted partners since 2008; the Dallas lab had assisted APD with toxicology testing for drunk driving cases. The updated agreement extended its services to forensic testing for up to six years, at a cost to APD of $1.6 million for the first year and a maximum of $3.6 million for the total contract. In late December, after Acevedo left APD, Interim Chief Brian Manley ceased all efforts to reopen the lab. Soon after, four of the six analysts receiving DPS training were discharged without completing the retraining process due to incompetency. And just before the new year, Manley indicated that capacity issues would limit SWIFS to taking only 20 APD cases per month.

Now, less than two months later, APD reports that the same capacity issues are blocking SWIFS from analyzing any Austin evidence altogether. Eveleth made that known to the PSC earlier this month, and Assistant Chief Troy Gay confirmed via email: SWIFS is "maxed out." The contract, however, remains "currently active." If the Dallas lab manages to "clear their own backlog, and can accept additional APD cases, we will be able to send them more," he told the Chronicle.

In the meantime, APD's backlogged evidence seems to be collecting dust. While all evidence from new cases still gets sent to DPS, the state office can only analyze 20 APD cases per month. Many of those are selected by the Travis County District Attorney's Office, depending on upcoming trials and statutes of limitations. Two private labs – Sorenson in Utah and Bode Cell­mark in Virginia – are currently handling the "back backlog" of rape kit testing covered by the New York County D.A.'s Sexual Assault Kit Backlog Elimination Grant and Texas Senate Bill 1636 (sponsored by former state Sen. Wendy Davis in 2011), which requires all kits taken before 2011 to be tested and all new ones be sent to a lab within 30 days after a sexual assault forensics exam is conducted. According to Gay, the FBI, SWIFS, and Signature Science labs are currently testing a small number (22-60 each) of APD's cases, specifically rape kits. Yet those numbers are much too small to drive a dent into APD's backlog of 3,294 sexual assault cases.

Stakeholders outside the police department suggest, however, that the problem is larger and more broad than APD has publicly acknowledged. While Eveleth reported one set of numbers to the Public Safety Commission, other agencies were given bleaker updates. SARRT was informed that more than 1,000 new cases have amassed since the lab's closure and "everything is on hold," including homicide and child abuse cases, according to Emily LeBlanc, the project's local co-chair.

"The SARRT is extremely concerned that sexual assault survivors are once again not being given the attention and priority they deserve," said LeBlanc. "Austin is facing an epidemic of sexual assault and delaying evidence testing any further not only jeopardizes justice for thousands of victims, it does so at the expense of public safety."

Because the majority of APD's backlog remains untested rape kits, the two issues are inseparable. City Council Member Greg Casar told the Chronicle he's "worried about the message we send to survivors in our community when they read that there are hundreds of recent cases that haven't been tested." Gay says that 24-30 new sexual assault kits are submitted to DPS each month through APD, but in December SAFE confirmed one to two forensic exams are performed each day on their campus, where most local exams are conducted.

Gay and Eveleth both hope the Signature Science contract, as well as an impending agreement with DPS to cover serology testing and CODIS entry (and eventually DNA work), will lessen APD's incoming caseload. The DPS agreement would let APD use the $1.4 million originally allocated to hire new staff for their DNA lab, to instead hire up to seven additional analysts to work under DPS. According to Gay, these hires would focus solely on APD cases. The analysts who continued DPS training will begin testing APD evidence at DPS no later than April 1. Additionally, within the next four to six months, APD hopes to begin submitting 20 cases per month to University of North Texas' Forensic Science Program.

Gay called the Signature Science agreement a "step in the right direction" to both address and reduce the current backlog, which he said remains a "top priority for our organization and the community we serve." Casar agreed: "I'm glad Council approved the contract so that we can move forward with testing sexual assault evidence, but the city still has a long way to go toward ensuring justice for survivors in our community."