“I don’t know where I would go” 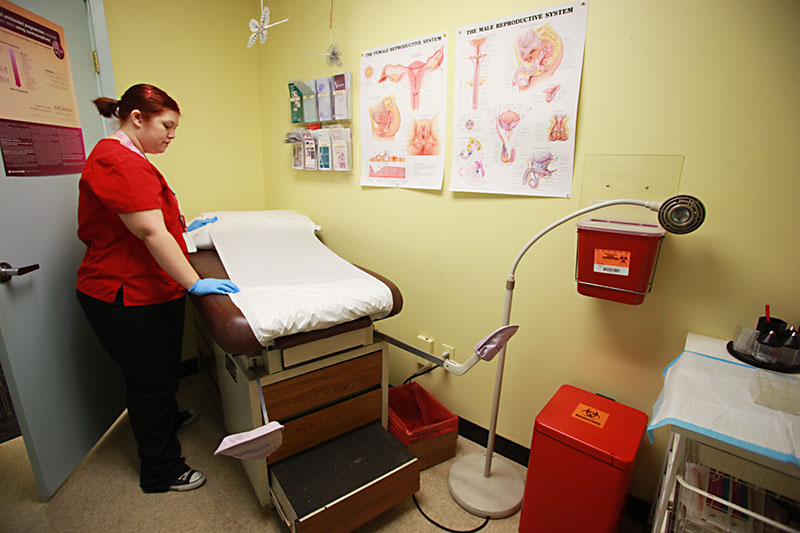 An examination room at Planned Parenthood, taken in 2011 (Photos by Jana Birchum)

J.D. grew up in Texas foster care and transferred to a group home when she moved to Austin. The 20-year-old Medicaid recipient needed birth control, but as a rape survivor, was forced to undergo an "unemphatic" and "unhelpful" examination by an emergency room physician. That made her anxious when she'd see doctors. Her group home roommates arranged an appointment for her at Planned Parenthood's North Aus­tin center. At her first visit, she felt at ease.

J.D. is a restaurant line cook with hectic work hours. She appreciates the scheduling flexibility Planned Parenthood provides for her, and usually calls in the morning to get an appointment that same day. Wait times are typically short. She has built a trusting relationship with the center's staff. If she could no longer receive services there through Medicaid, she said, "I do not know where I would go." That's why she and nine other Planned Parenthood patients filed a class action lawsuit against the state of Texas for attempting to strip Medicaid patients of their ability to visit their choice health provider. (J.D.'s full name has remained confidential in the court filings.) The block, they say, is not only illegal under the Social Security Act, which guarantees the freedom to choose any qualified health care provider, but will cause irreparable harm to their health and safety.

The state-led exclusion – temporarily halted by U.S. District Judge Sam Sparks in January – would prevent 11,000 Texans across 30 Planned Parenthood clinics (including at least 900 patients who visit three Austin locations) from obtaining basic preventive care at their health center of choice. The state's case rests on debunked undercover video taken at a PP center in Houston by radical anti-abortion group the Center for Medical Progress, purporting to show the intent to change abortion procedures to profit from fetal tissue research. However, no health official who testified for the state in Sparks' courtroom could say the video showed any actual wrongdoing. (See "Planned Parenthood's Standoff to Save Medicaid Continues," Jan. 19.)

Since Medicaid is barred from paying for abortions, any removal would in reality block access to contraception, breast cancer screenings, STI testing, screenings and treatment for cervical cancer, physical exams, pregnancy testing and counseling, and certain procedures including biopsies and colposcopies – all services provided by Planned Parenthood – for the state's poorest women. Sparks plans to make a firmer preliminary ruling by Feb. 21 on whether or not to grant a temporary injunction. Both sides are expected to appeal the decision should they lose, leaving providers and patients in a limbo they now know too well.

"All these barriers that Texas lawmakers have created and the way they have systematically dismantled women's health care in Texas creates confusion on a daily basis for the patients we serve," said Sarah Wheat of Planned Parenthood of Greater Texas, which serves 4,000 in a region that extends as far as Ft. Worth and Dallas. That confusion lingers for years: Wheat says PP phone staff still receive 10-15 calls per day from patients asking if they work with the Texas Women's Health Program, which the state excluded Planned Parenthood from four years ago.

"Whether it's the state of Texas or efforts by U.S. Congress to eliminate funding across the country, we are hearing from patients that they don't know what's going to happen next, and they're concerned about if they're still going to be able to count on Planned Parenthood," said Wheat. 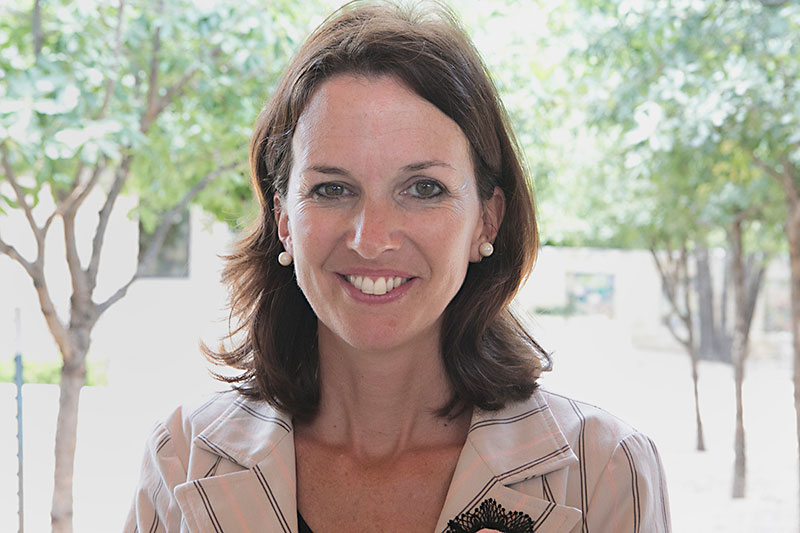 In an effort to discredit claims that Medicaid patients won't have anywhere to turn if they're not able to visit PP, state attorneys put Jami Snyder, associate commissioner for Medicaid at the Texas Health and Human Services Commission, on the stand during the January hearing. Snyder told the court that Medicaid patients could go to any of the 140,000 providers in a "robust network" for care, but conceded after questioning that she did not know if those providers offered walk-in appointments or weekend hours (like PP), or if they are accepting new Medicaid patients and offer the same services PP has made available. What's more, Snyder could not guarantee that Texas' counties can claim a sufficient number of family planning providers, instead suggesting the severely impoverished women on Medicaid could easily find a new provider by using the state's internet database – ignoring the reality that many of those women don't have online access. Significantly, Snyder was also "not aware" of the alarming rise in maternal mortality rates in Texas, a stunning admission from a leading public health official.

A basic search reaffirms the uncertainty of capacity: In a review of more than 9,500 available Medicaid providers in Travis County, the Chronicle found the only providers listed exclusively as family planning clinics were Planned Parenthood, with the exception of one controversial anti-choice organization, the Heidi Group, and one of its contractors in Marble Falls. (The state awarded Heidi founder Carol Everett $1.65 million in taxpayer money to service public health ("Anti-Choice Group to Receive $1.6 Million Health Grant," Aug. 15, 2016).

HHSC issued similar assurances in court and elsewhere when the state kicked PP from the Women's Health Program on Jan. 1, 2013, and over time they were proved embarrassingly wrong. A number of press reports highlighted the lack of available providers. (Patients were directed to pathology labs and orthopedic centers rather than family planning clinics on a state database). The outcome for women meant less birth control and more unintended pregnancies: Researchers with the UT-based Texas Policy Evaluation Project found a drop in long-acting, reversible contraceptives, and a rise in Medicaid (aka taxpayer-funded) births in counties affected by the PP ban.

Amanda Stevenson, a TxPEP researcher, thinks history will likely repeat itself – this time spawning an even more damaging public health crisis. "I would anticipate that there would be reduced access to long acting and reversible contraception, lower continuation of birth control, and likely higher rates of unintended pregnancy and birth for women unable to go to Planned Parenthood," she told the Chronicle. "That's not good public health. Those are adverse impacts."

She noted that while the Women's Health Program served low-income women, the eligibility bar for women to obtain Medicaid is much steeper. Medicaid serves an even poorer population, one that's less able to overcome certain barriers. For instance, for a woman with dependent children to qualify for Medicaid, she must have an income less than 15% of the federal poverty level, or $3,756 annually for a family of three. "If women with more resources had trouble finding a new provider [under the Women's Health Program] then I would anticipate very disadvantaged women are going to have at least that much trouble with the Medicaid exclusion," said Stevenson.

Part of the Puzzle

Confidence in capacity grows increasingly suspect when considering that Planned Parenthood serves as specialists in family planning and sexual health, doing the work available community health centers are not designed to handle. Wheat considers PP's role part of the larger puzzle in Travis Coun­ty's health network; without it there would be a domino effect on other "safety net" primary care providers such as CommUni­tyCare, Lone Star Circle of Care, or People's Community Clinic. "While our colleagues at federally qualified health centers provide outstanding care, we're all struggling because the need is high," said Wheat. "So, our part is seeing a patient population for sexual health care services which enables our colleagues to serve pediatric patients with asthma or patients with chronic diabetes, for example. It really takes all of us to make sure resources are available."

If the city's federally qualified health centers were to start seeing displaced PP patients, they would need to offer services beyond just family planning, straining time and resources at the nearly 30 general clinic FQHCs. "Health care is not something you can just turn on and off," said an executive at one of Austin's community clinics. "If family planning patients are no longer seen at Planned Parenthood, other clinics would have to ramp up services and hire new staff. I'm not sure all the places in Travis County have the capacity to do that. So, there would be a big gap in care."